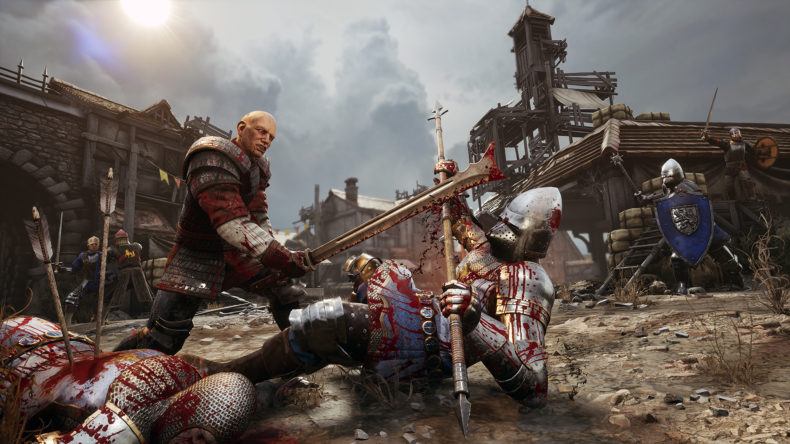 Tripwire Presents and Deep Silver have announced the first details for the upcoming Chivalry 2 Cross-Play Open Beta program. The Open Beta is scheduled to begin on May 27, 2021 at 11:00am (EDT) and ends on June 1 at 11:00am (EDT).  It will be available for free to all players on PC (via Epic Games Store), the PS4 and PS5, the Xbox One family of devices, and the Xbox Series X|S console systems. It is also scheduled to be available to pre-download across all platforms one day early on May 26, 2021 at 11:00am (EDT). This will be the final playable test for Chivalry 2 before its June 8, 2021 global release date.

This Open Beta will feature a ton of new maps, features, and updates based on feedback from the Closed Beta.  You can watch the announcement video and Developer Diary here:

Chivalry 2 is a multiplayer first-person slasher inspired by epic medieval movie battles. Players are thrust into the action of every iconic moment of the era from clashing swords and storms of flaming arrows to sprawling castle sieges, and more. Dominate massive battlefields while catapults tear the earth apart as players lay siege to castles, set fire to villages, and slaughter filthy peasants in the return of Team Objective maps.

Improving on the original genre-defining Chivalry: Medieval Warfare, Chivalry 2 invites players to master the blade with an all-new and improved combat system that combines real-time strikes and a free-flowing combo system to speed up the action and let players become a whirlwind of steel on the battlefield.