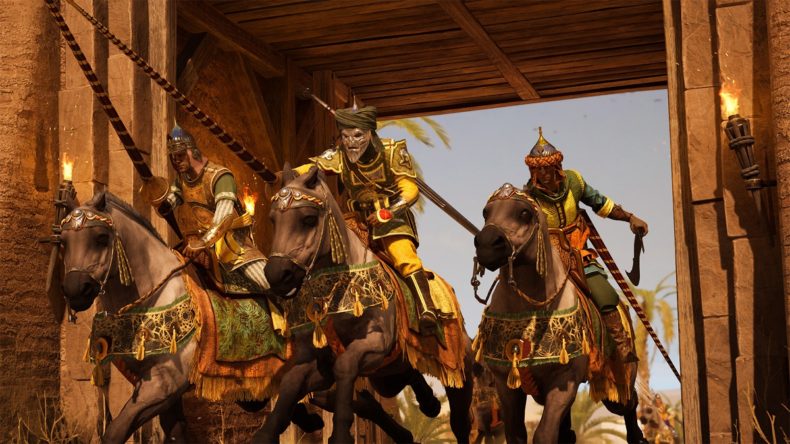 Torn Banner Studios and Tripwire Presents have announced that Chivalry 2 will officially release on Steam June 12 to coincide with the ‘Tenosian Invasion’ update. The Steam version will come with every game update released so far (including the brand new one), along with the same content already seen on the Epic Games Store, PS4 and PS5, and Xbox One and Xbox Series X|S.

Chivalry 2: Tenosian Invasion will be the largest to date, featuring the most ambitious content Torn Banner Studios has put out. It will include the fierce Tenosian faction, armory items, weapon skins, and more. The update will also include a first-time ever, with horseback combat available, and Console Server Browsers to let players play across platforms. A new update wouldn’t be complete without new team objective and team deathmatch maps, and they all sound pretty cool:

As for the new mounted combat system, players will be able to trample their enemies and land front and rear kicks as they ride their horses across the battlefield, as well as knock their opponents off horseback and engage in grounded or mounted melee combat. It seems like a pretty big deal, and these changes are likely to offer a refreshing change for those who’ve been playing Chivalry 2 for a while.

Video games are cool. Don't let anybody tell you any different.
MORE LIKE THIS
Chivalry 2Torn Banner StudiosTripwire Presents