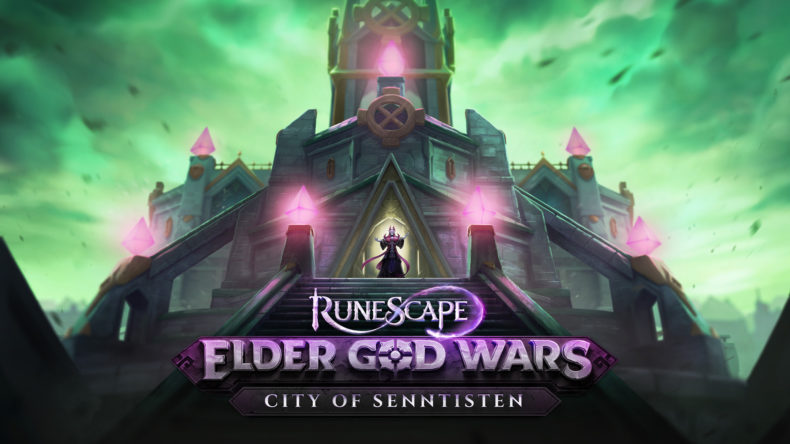 Jagex Games Studio has announced the launch of the next installment in the RuneScape Elder God Wars story arc, the City of Senntisten.  The new quest is available from today.  It delivers a whole new map, providing players with a wealth of challenges and powerful rewards. The City of Senntisten also becomes RuneScape’s first new quest available to both PC and mobile players following the launch of the iconic PC MMORPG on iOS and Android last week, which brought full cross-platform play and progression to the game.

You can see the new Runescape City of Senntisten trailer here:

The Elder God Wars is a year-long epic saga that follows Ariane’s devastating vision that “war is coming” to Gielinor.  The City of Senntisten is the final quest ahead of that foreseen war beginning. Senntisten itself is a lost city, originally home to Zaros, and gives players an entirely new location to explore.

Once players have recruited their allies, it’s time to put their Archaeology skill to use and gain entrance to the city.  Here they will need to fend off dark forces and begin to prepare defenses. The city has dangers lurking around every corner. Players will have to exercise caution whilst exploring the claustrophobic confines of the cathedral and its surrounding areas.  Transform the area into a fortress in preparation for oncoming waves of ferocious enemies.

Ryan Ward, Executive Producer, RuneScape, had this to say:

“Today’s launch of the City of Senntisten sees the Elder God Wars arc really ignite as this is the prologue quest before the war truly begins. Over the coming months, the fate of Gielinor will be decided as players experience four fronts on the battlefield as the Elder Gods begin their assault.”

For those who succeed, there is a cornucopia of powerful rewards, most notably new Ancient Magick spells, plus XP in Slayer and Archaeology skills, an upgrade to the Pontifex Observation Ring, and more.  The City of Senntisten is a member-exclusive quest and players will also need to have completed the previous quests in the arc; Azzanadra’s Quest and Battle of Monolith, as well as having their Slayer and Archaeology skills at 75 and 74, respectively.

The City of Senntisten, launches in Runescape today.  Available on PC, and Mobile on iOS and Android.