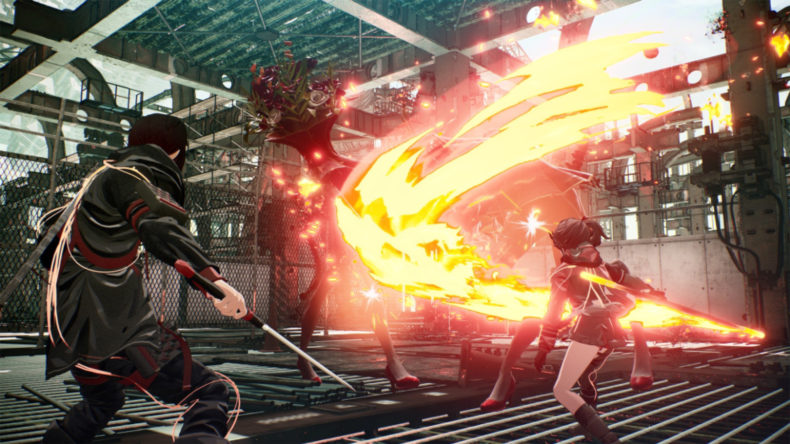 Scarlet Nexus is an ARPG from Bandai Namco. We previewed it recently, and instantly fell in love with the combat. Not only that, the world is incredible, and the characters are layered and interesting. We were lucky to interview the game’s director, Kenji Anabuki. He shared information on creating the world of Scarlet Nexus, the creative process behind the Others, what players can expect when it releases, and what he wants players to enjoy the most.

The setting and style of Scarlet Nexus is stunning. Why did you opt for the visuals you chose?

One of the goals is to convey a sense of nostalgia and to differentiate itself from other titles. With this in mind, we were inspired by the urban design of Japan in the 1990s and incorporated a lot of futuristic elements into it. We also tried to leave a long-lasting impression on the players by incorporating red neon lights, intricate buildings, and other elements that are bizarre and unrealistic in our real world.

In fact, Scarlet Nexus was not specifically inspired by any existing content, but by the scenery of Tokyo in the 90’s. While keeping the 90’s scenery of Tokyo, we tried to add futuristic elements as well.

Will the environment be explorable, and are their additional quests that can be undertaken as well as the main story?

Each map contains location-specific items to discover, collect and exchange for equipment or items to customize your appearance. You can also accomplish quests from different characters in the city and earn rewards to your advantage. These sub-quests will add more depth while progressing with the main scenario in Scarlet Nexus. 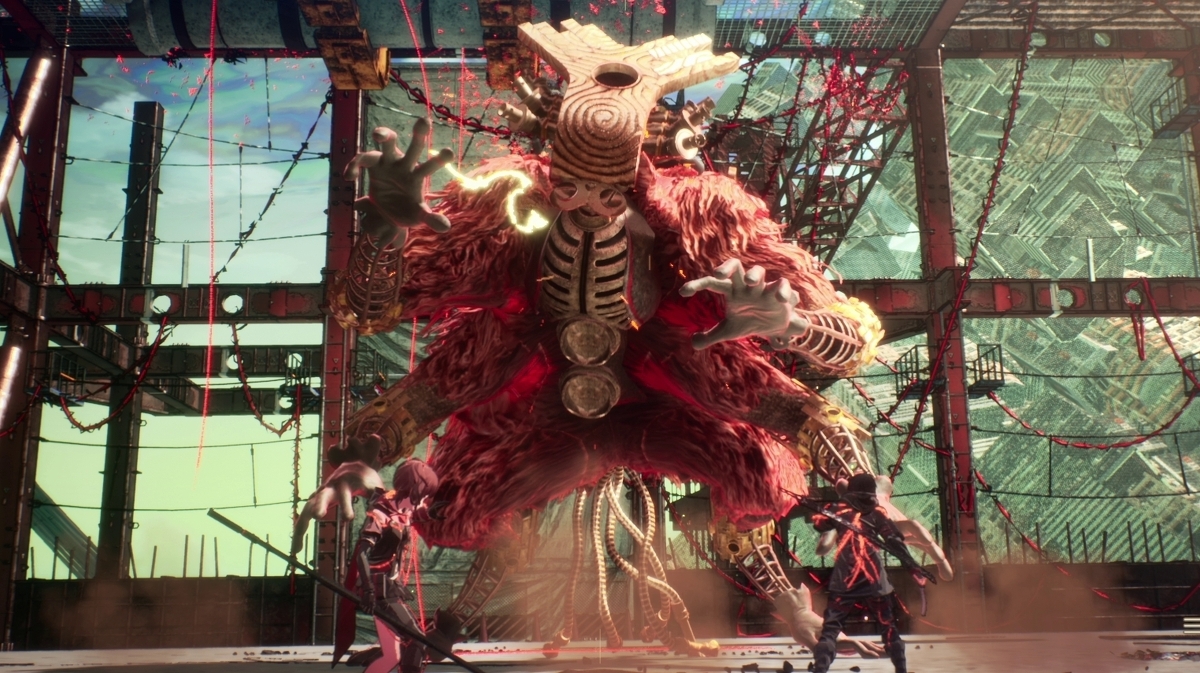 Will you be able to unlock new abilities as you progress?

Scarlet Nexus has a skill tree called the “Brain Map”, where you can acquire skills to your liking and based on your battle styles, by spending the points you earn by levelling up. There are a large variation of skills, from those active types of skills that extend the number of possible actions, to those that passively assist you in battles, such as reducing the cooldown time of item usage.

You can also borrow power from your allies to fight against the Others. Also, when you construct bonds with party characters, you can strengthen the power and attack strengths of the said borrowed powers.

Would you mind sharing a bit more detail as to how the psycho-kinetic combat will work?

The “Psychokinesis” power allows you to manipulate any object in battle with simple button controls. Not only you can simply hit the enemy, but you can also swing and crush objects with additional inputs.

The combination of psychokinesis and weapon use is one of the main highlights of this game. Ramp up your combos and attacks by connecting weapon attacks and psychokinesis attacks. The more you connect them, the more powerful and flashy the action becomes. It makes for an exhilarating and uplifting battle experience.

Does combat reward players by performing big combos or varied methods of attack?

Depending on the enemy you are fighting, you can switch powers anytime to your advantage. Utilizing the SAS (and powers from your allies) that is effective against specific Others, or combining psychokinesis and weapon attacks, will strongly help you efficiently reduce the “Crush” gauge of the Other. This enables you to activate a “Brain Crush” attack which will defeat the enemy in one blow.

Defeating an enemy with Brain Crush will cause them to drop specific materials with a 100% drop rate. This is useful for material collection and item exchanges. 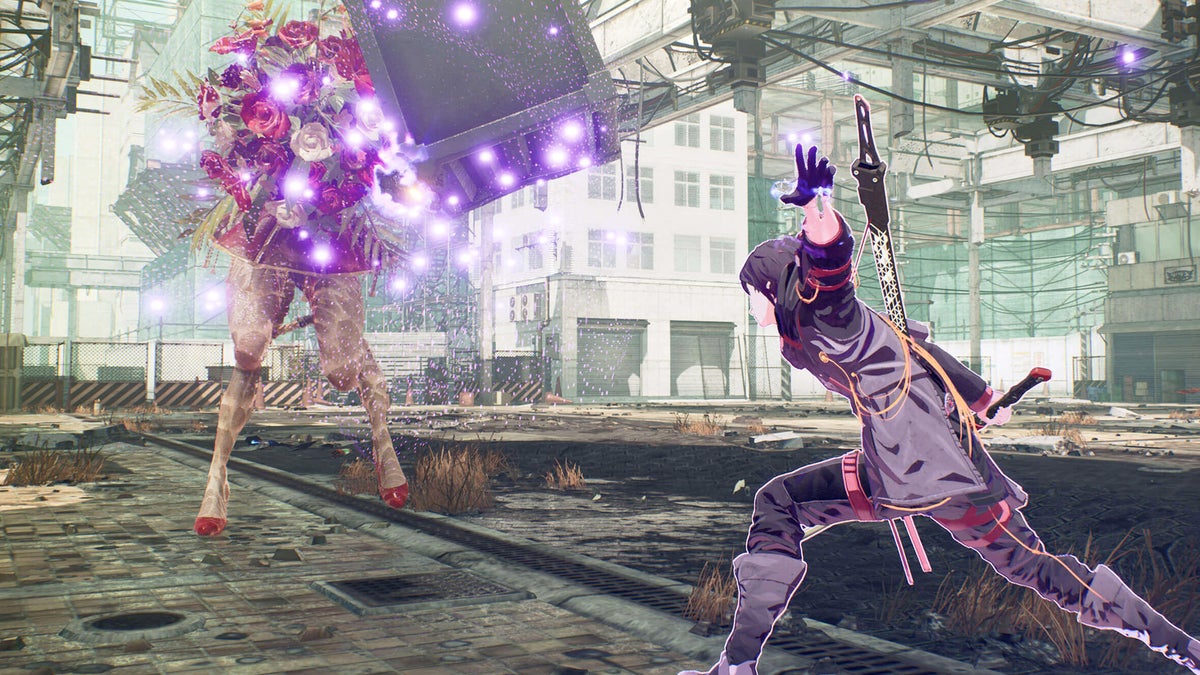 The mutants are horrifying. Was it fun coming up with different variations of the enemies?

The Others were designed by an artist named Masakazu Yamashiro. Kouta Ochiai, our art director, was very impressed with his sense of design and asked him to be involved in this project. Surprisingly, every time when he came up with a new design, it always surpassed our imagination, which was a lot of fun. The designs themselves are based on the concept of combining together inorganic and organic materials. Mr. Yamashiro has really fulfilled our wishes and requests, and also surprised us with his own unique art styles.

What elements of Scarlet Nexus do you think fans are going to love the most?

There are 3 particular areas that I would like players to look forward to.

The first one is the action surrounding the use of powers, with telekinesis as the main one. Players can enjoy the fluid combination of weapons and psychokinesis attacks, while also borrowing and using different powers from their allies.

The third one is the story. The story is written by Takumi Miyajima, the story writer for “Tales Of Symphonia” and “Tales Of The Abyss,” and features well-developed settings and drama between the characters.

Video games are cool. Don't let anybody tell you any different.
MORE LIKE THIS
Bandai NamcofeatScarlet Nexus