previous
Super Magbot launches on PC and Nintendo Switch
random
next
Bang-on Balls: Chronicles could be an incredible addition to the genre | Early Access impressions
0 comments 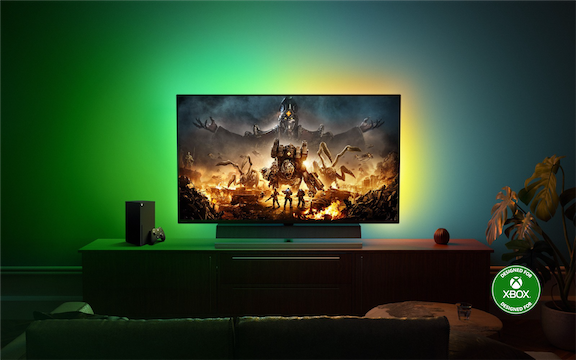 MMD has announced the release of the world’s first gaming monitor series, Designed for Xbox. The Philips Momentum Designed for Xbox console gaming monitor is designed to provide the ultimate experience for Xbox fans.  The inclusion of the new HDMI 2.1 spec enables next-gen console gaming with 4K resolution and a fast 120Hz refresh rate for ultra-clear and ultra-smooth gaming performance.  Philips monitors have partnered with the Xbox team to tune this “Designed for Xbox” display to deliver the optimal validated Xbox Series X performance from the moment you plug it in. The first model in the series will be available as a 55” (139.7 cm) model.

Unlike televisions, Philips Momentum gaming monitors are purpose-built for consoles.  They are designed with low latency and low input lag as a priority to provide a much smoother, more realistic gaming experience. The series’ low input lag is a great advantage when playing twitch-sensitive video games, allowing your input to register on the screen faster. The flagship 55” Philips Momentum (559M1RYV) includes a specially designed soundbar from the engineers at Bowers & Wilkins, a British loudspeaker company globally renowned for their innovative designs and sound engineering, that completes the experience. 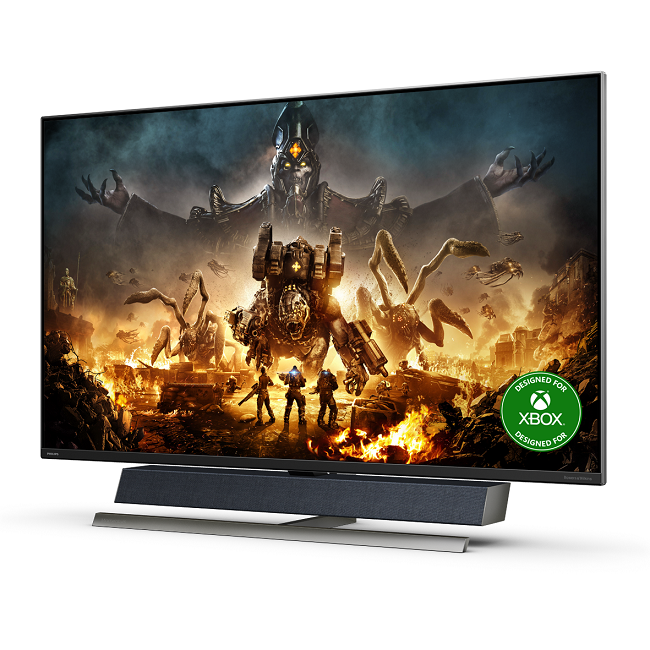 Matt Kesselring, Director of Xbox Hardware Partnerships had this to say:

“At Xbox, we’re always looking to give our fans choice in how, what and where they play their favourite games. Today, we’re excited to announce our partnership with Philips monitors to deliver the first Designed for Xbox monitors, giving fans a unique display with technology and features that provide the ultimate console gaming experience for Xbox Series X|S.”

This new Philips Momentum monitor delivers Designed for Xbox validated performance.  The team has also created Xbox Game Mode, an exciting mode with specially tuned picture quality for the Xbox. The monitor has been extensively tested to ensure perfect compatibility, while also meeting the high expectations of dedicated Xbox fans.  Features include:

The new Philips Momentum monitor, Designed for Xbox, will be available from August 2021.  More models are expected to be announced in the following months.