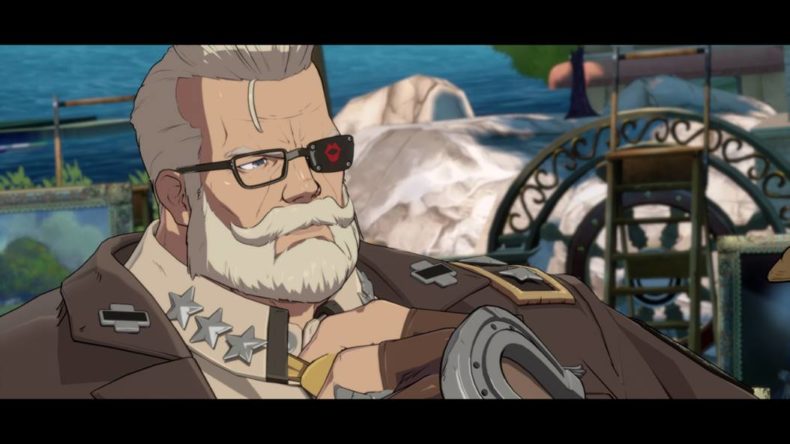 Bandai Namco has announced the first season pass character for Guilty Gear Strive.  Goldlewis Dickinson, the first Secretary of Defense and active soldier of the United States will be available starting July 27. A jazz aficionado, Goldlewis possesses very strong decision-making and leadership skills that he puts to good use in maintaining the stability and the influence of the United States.

Sean Smith reviewed Guilty Gear Strive.  Here’s what he had to say:

In terms of its looks, gameplay and daring choice to mix up the mechanics, Guilty Gear Strive is a real triumph for Arc System Works. The developer is fast becoming the gold standard of the genre. It is going to be extremely fun to see how it plays out in coming months. There’s a five character and two stage rollout of DLC on the horizon, as well as the e-sport tournaments that will feature it heavily. Invest in a decent arcade stick and a set of headphones that allows one to crank up the face-melting soundtrack, and get ready to rock out.