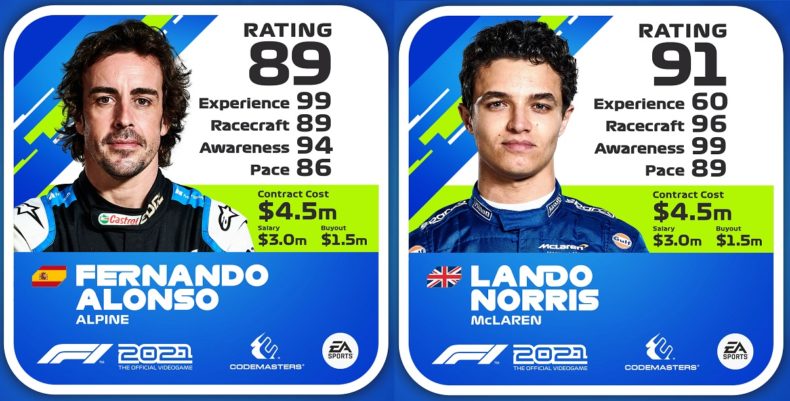 Today, EA SPORTS and Codemasters have revealed the complete list of F1 2021 Driver Ratings ahead of the game’s launch next week. The dynamic MyTeam ratings will update throughout the season to reflect real-world performance. Codemasters plan to analyse various datasets, such as experience, racecraft, awareness, and pace, to adjust ratings.

MyTeam will allow players to create their own team and select a teammate from the current F2 and F1 market to form the 11th team on the grid. By building team reputation, better drivers will be enticed to their teams.

Lewis Hamilton and current World Drivers Championship leader Max Verstappen are rated at 95. However, there are still plenty of races to go in the season, so things can change.

The full list of F1 2021 Driver Ratings are as follows:

We played F1 2021 last month as part of a preview, and had a lot of good things to say about it. Not long now until players will be able to dive right in.