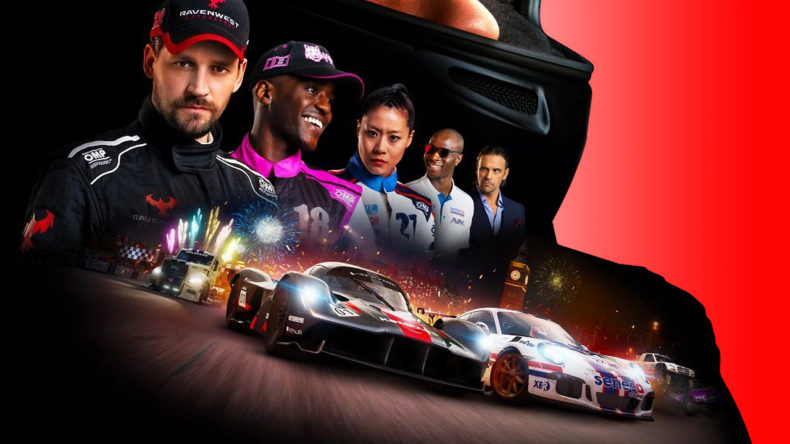 Codemasters and EA have today announced GRID Legends, the next game in the successful racing franchise. The new entry in the series will feature an immersive story mode and a race creator. It’ll also include new city locations like London and Moscow. GRID Legends will release in 2022 for PS5, PS4, Xbox Series X|S, Xbox One, and PC.

The story mode will be in the style of a fly-on-the-wall documentary. Touching upon fierce personalities, team politics, and the infamous Ravenwest Motorsport, GRID Legends looks set to be explosive. The underdog tale features a cast including British actor Ncuti Gatwa (Sex Education, Horrible Histories: The Movie).

Unique driver personality is set to create unique moments on the track. There’re over 130 routes, including real-life tracks such as Brands Hatch and Indianapolis. 100 vehicles from classic touring cars to big rigs, and single seaters to stadium trucks will all be on offer. Race creator will allow players to take their favourite mixed-class rides onto the track and battle online.

“GRID Legends combines everything our players love and adds more exhilarating race features, including our new epic story mode,” said Chris Smith, GRID Game Director at Codemasters. “We’re giving players more variety and choice, whether that’s creating their ultimate races using our race creator or bringing back the community-requested Drift mode. This is just the start of the journey, and we can’t wait to reveal more in the coming months.”

Watch the announce trailer below: