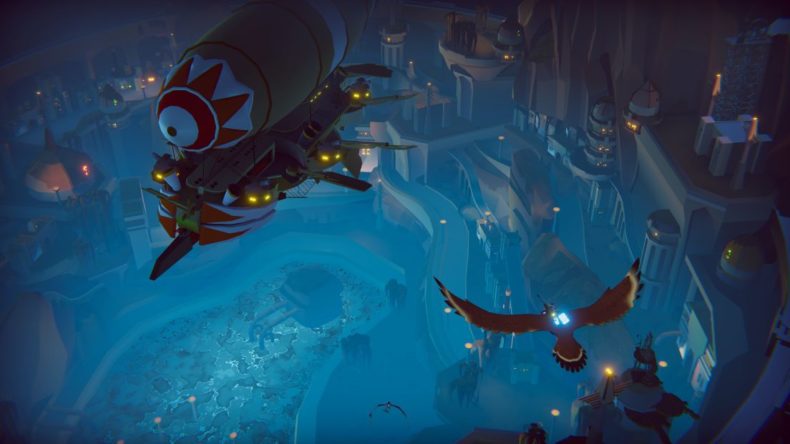 Wired Productions and Tomas Sala have today announced The Falconeer: Warrior Edition will be coming to PS5, PS4, and Nintendo Switch on August 5. It launches with the brand new Edge of the World DLC expansion. This will also be coming to PC and Xbox Series X|S and Xbox One.

Edge of the World adds new mini campaigns, missions, and locations. It will also include re-recorded voice-over work and a streamlined prologue tutorial. The Falconeer: Warrior Edition includes every bit of DLC released so far:, including The Kraken and Atun’s Folly.

“I am beyond thrilled to bring The Falconeer to PlayStation 5, PlayStation 4 and Nintendo Switch players”, said Tomas Sala, Creator of The Falconeer, “I hope they enjoy exploring the world I have created and everything The Great Ursee has to offer.”

“The Falconeer: Warrior Edition is an extraordinary piece of work that Tomas Sala should be incredibly proud of, and we’re pleased that PlayStation and Nintendo Switch players around the world will finally get to experience the wonder of Tomas’ creation,” said Leo Zullo, Managing Director at Wired Productions.

Many players won’t have had the option to play The Falconeer as it was originally an Xbox exclusive. However, it’ll soon be time to enjoy it across a whole host of platforms. We reviewed it back in November, and said, “a beautiful game that offers a necessary freedom and escape that is much needed right now.”

We also played on PS5 last month. The additional DualSense support will make this game a must for PlayStation 5 owners. If you’re keen to buy The Falconeer: Warrior Edition when it releases on August 5, head here to see where you can get it from.