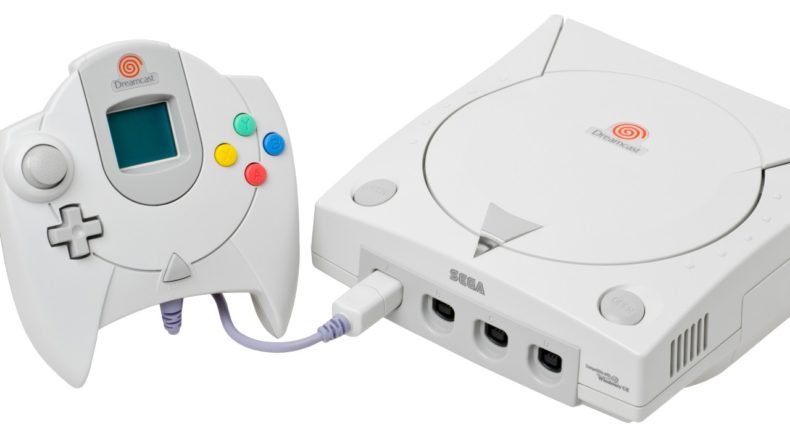 You have seen the best Dreamcast games – now let’s look at some of the other delights you can play on Sega’s final console. Some of these you will have heard of; some you may be less familiar with. It highlights what a tremendous console the Dreamcast was for casual sports titles, fighters and unique shooters. If there are any titles you think I have unfairly omitted from this list, get in touch in the comments or on our Discord, it would be great to hear from you. 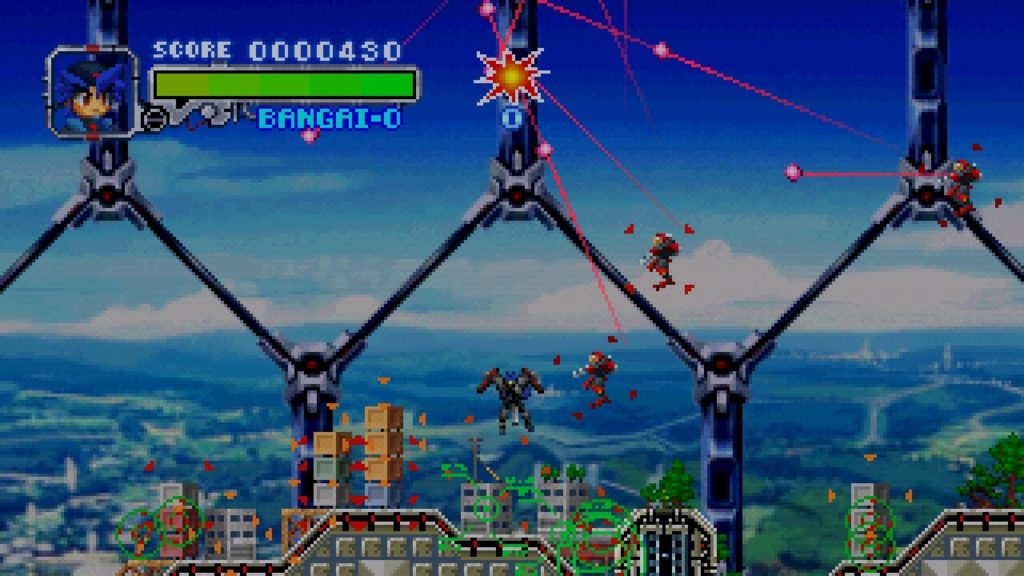 Proving once again that they made games like nobody else, artistes Treasure ported their ultra limited Nintendo 64 shooter to the Dreamcast to great acclaim in 1999, including, incredibly, an EU release. A multi-directional shooter with wonderful super deformed retro graphics and a penchant for enormous, missile related explosions, this one narrowly missed my top ten by a cat’s whisker.

Feeling like a posthumous release, Border Down is comfortably the best horizontal shooter on the system. Put together by an ex-Taito team who had previously had a hand in classics RayStorm and G Darius, Border Down itself was heavily influenced by Metal Black. Ironically, G.rev raised the capital to make this banger by freelancing on Ikaruga and Gradius V. This paragraph tells you all you need to know about the pedigree of those that created this 2003 belter. The concept – you begin at an easy difficulty level, or “border”, and descend into increasingly harder borders each time you are killed, gives this one a unique feel. It has a simple beauty to the way it looks, and plays as smooth as a lightly greased chinchilla pelt. Tremendous. G.rev also made the superb Under Defeat, a vertical shmup that also landed on the ‘Cast. 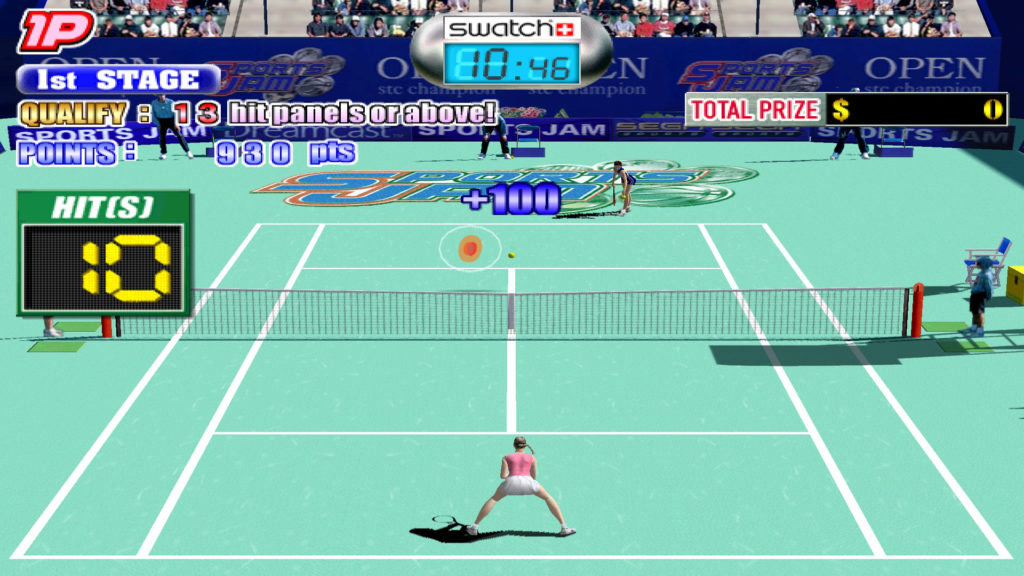 Sadly this one didn’t get a release in the EU, which is a shame as it is a great multiplayer arcade minigame selection that sits nicely alongside the likes of Decathlete and ESPN Track and Field, short, sharp slices of sports action that are great fun to play and try to best your scores. These snippets could be nearest the pin in golf, draining three pointers from the edge of the D, or even executing a bicycle kick in “soccer”. You can run the gamut of events or just test yourself four at a time, and its terrific fun.

As it was crafted on Naomi hardware, its no surprise that this is the premier home version of Capcom’s bonkers crossover hit. You know the score. 56 characters, insane tag team action, that special comic book appeal. Its great – apart from the ridiculous soundtrack which makes kicking Spider-man’s head in feel like you are trapped in a jazz-funk fever dream. 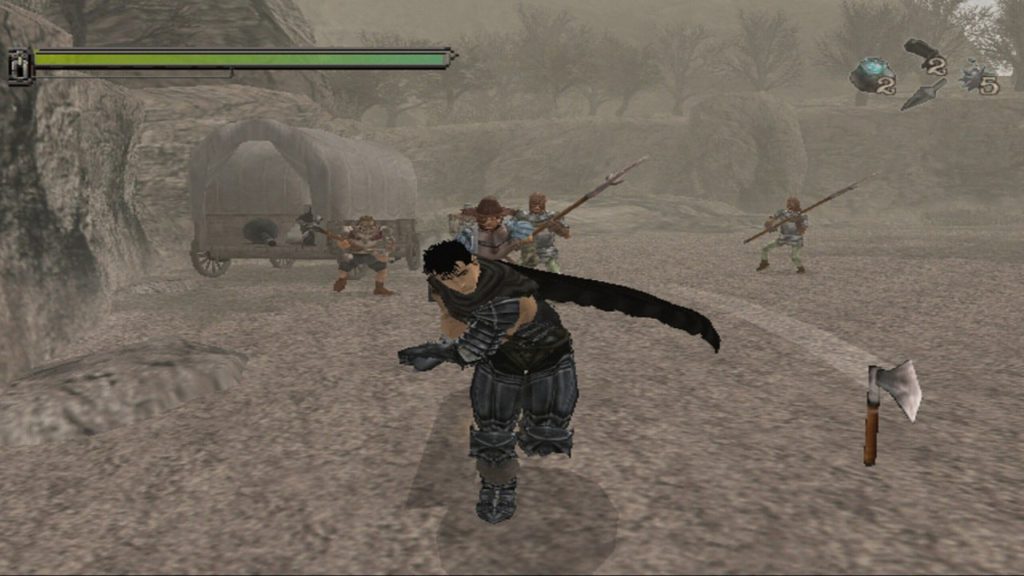 Surely the best-named title for the system, this one has a bit of a cult following and is a slept-on hack and slash actioner based on the popular Berserk manga. It has an enormous sword, loads of arcing rivulets of blood, a bestiary of nightmarish enemies, and an antagonist whose name sounds like “Ballsack”. There is much to love. Like Shenmue, this one does go to the QTE well a little too often, but this doesn’t make much of a dent in your sword swinging violence time.

Another cult fave that was criminally ignored upon release, this one commands top dollar in the second-hand market and has the sad distinction of being the last European release for the platform. Cannon Spike is an arena-based boss rush which plays out like a souped up Smash TV. Capcom fans won’t need telling that the title is one of Cammy’s special attacks in the Street Fighter universe, and that is because she, along with other Capsule stalwarts like Arthur, BB Hood and Mega Man are amongst the quirky playable roster. This is a fun arcade shooter, with some creepy looking enemies to take down, including some cockroaches that made me want to spew. 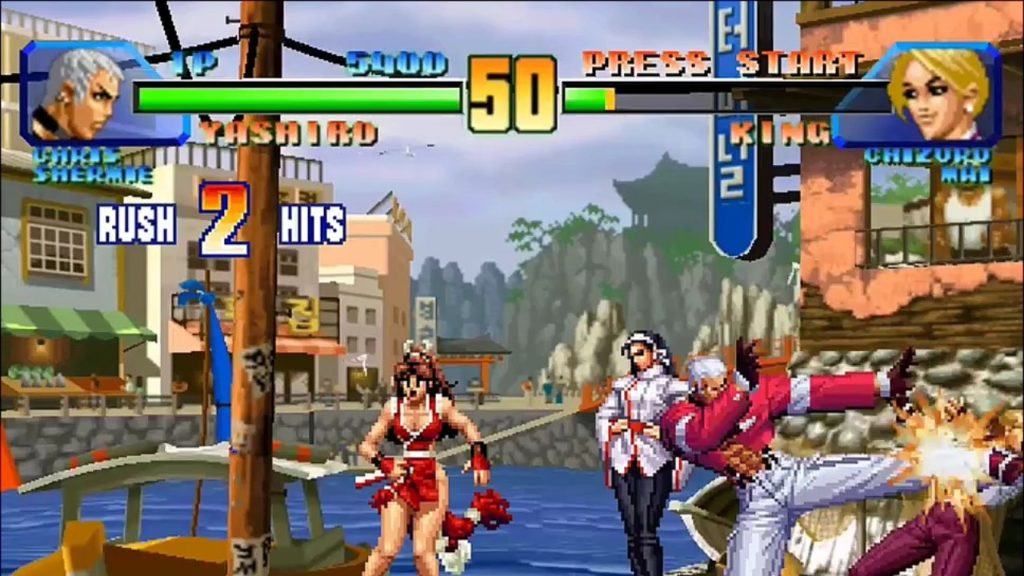 There a loads of SNK fighting games available for the platform, including Garou: Mark of the Wolves and Last Blade 2, but my personal recommendation is this confusingly named port of KOF classic 98: The Slugfest. Not only does it play beautifully, the backgrounds have been re-done in 3D, making it the best version of a great team based fighter on the system. 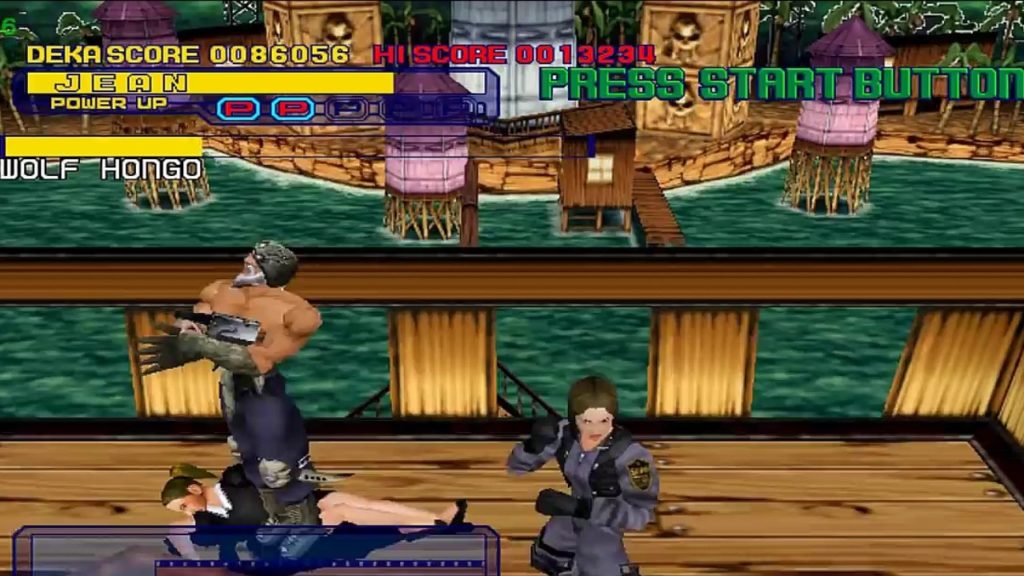 See also: Zombie Revenge. Essentially Die Hard Arcade sequel without the shoehorned-in license, this is a typically bonkers Sega-style beat ‘em up with some crazed weapons (Streets of Rage 4 was NOT the first time you could beat someone with a giant fish), breezy run time and great arcade feel. Zombie Revenge is very similar, but has zombies in it.

Sega really shit the bed with their WWF Royal Rumble game, which felt like it was barely even there. Elsewhere, Acclaim’s WWF and ECW licenses are fondly remembered by Attitude Era fans. But they, lets face it, were crap. Meanwhile in Japan, puroresu fans got a great Fire Pro game, and this – which is easily the best wrestling game on the system, and for me one of the best of all time. Simple arcade sensibility, a rock, paper, scissors system to mimic the to and fro of a bout, and a wonderful array of legendary Japanese and gaijin stars, this is a banger which stands up well today. I would go so far as to say it is better than the heralded No Mercy (@ me!), and has some great and instantly recognisable character models. Never has it been more fun to live out your fantasy of Big Van Vader and Dangerous K kicking each other’s brains in.

This his was an arcade sports return to form for Midway and one of the best times you can have with friends on the system thanks to its corking multiplayer and riotous stylised b-ball action. I still cannot get my head around why they didn’t just use the original NBA Jam name, as that is exactly what you get here. Cheap and easy to find, there is no reason not to own this.

The king. If you know, you know.
MORE LIKE THIS
DREAMCASTSega