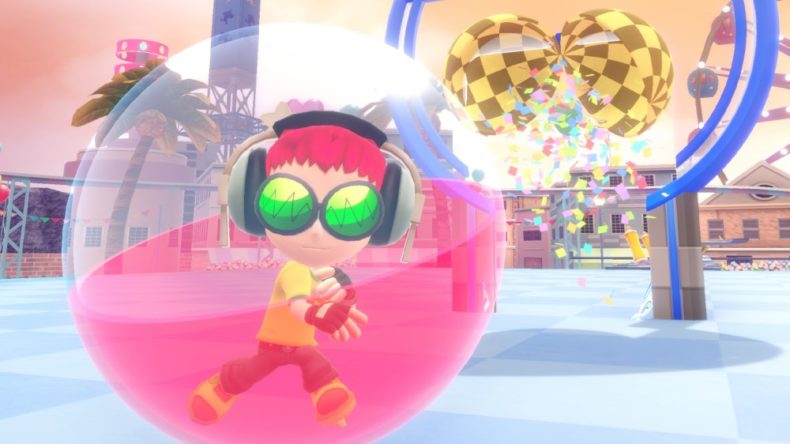 SEGA has today revealed that Beat from beloved Dreamcast classic Jet Set Radio is joining Super Monkey Ball Banana Mania at launch. The laidback “Rudie” will bring his signature green goggles, soundwave lenses, and oversized headphones with him. Players will be able to unlock him through normal gameplay on all platforms when the game releases on October 5.

Beat is the first of several iconic guest characters announced for Super Monkey Ball Banana Mania. Instead of bananas, he’ll be collecting spray paint cans throughout the crazy world of Banana Mania. Jet Set Radio was one of the biggest games released for SEGA’s last console. It introduced players to Beats and the whole anti-establishment GG’s.

Announced during Nintendo Direct during this year’s E3, Super Monkey Ball Banana Mania launches on October 5 for PS5, PS4, Xbox One, PC, and Nintendo Switch. You can watch the Beat announcement trailer below: