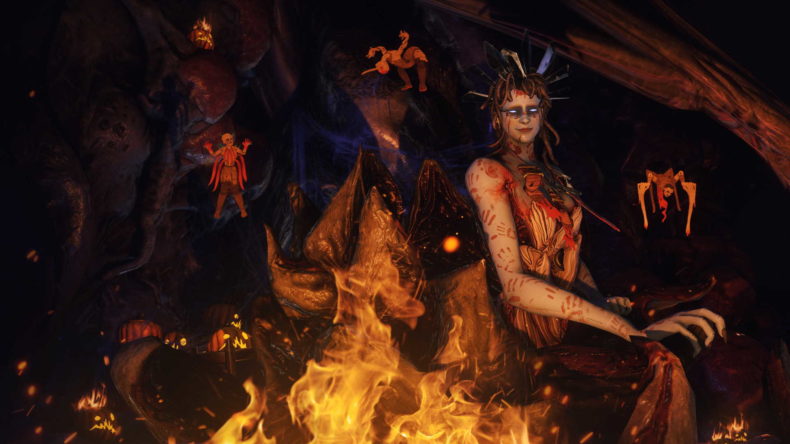 Beginning today at 2pm and running right through until November 2nd, Warframe is celebrating spooky season in style with the Nights of Naberus seasonal event. In addition to bringing back limited time items from previous years, there will also be new Glyphs and Nyactalus Ephemera up for grabs.

In Warframe lore the event is based on an “ancient Orokin festival of death and mischief”. While you celebrate those two joyous themes, you can of course unlock a host of new gear in exchange for Mother Tokens. These include weapons, blueprints, cosmetics and decorations for your Orbiter. 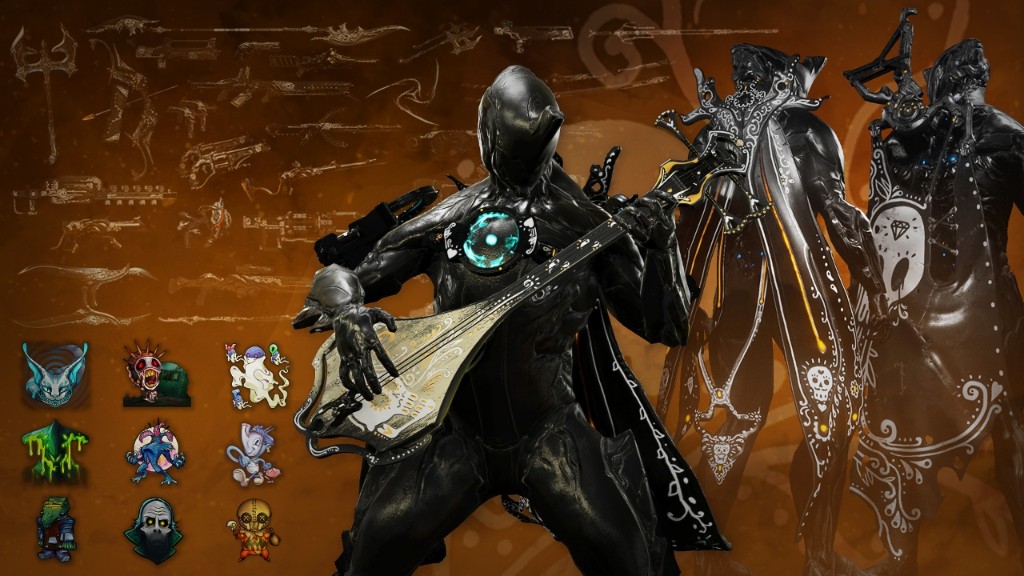 Previous event content will also make a return, such as Day of the Dead armour, syandanas (that’s back bling to you and me), and weapon skins. All will be available from Darvo with a special 25% discount.

Tenno will also be able to check out the Chains of Harrow, a new Warframe quest released in conjunction with Rell, an online prequel webcomic. After completing the War Within quest and unlocking Mot in the Void, players will receive a disturbing transmission from the Red Veil’s spiritual medium. This will lead them to an abandoned Steel Meridian vessel housing terrifying secrets within its strobe-lit corridors.

You can access Nights of Naberus by visiting Daughter in Necralisk on Deimos in her Halloween-themed shop.

Warframe is available for free download on PS4, PS5, PC, Nintendo Switch and the Xbox family of consoles.

Senior Content Editor Mick has been playing games for over 30 years and writing about them for around 12. After drifting from site to site for a while, settling briefly at the now-defunct Made2Game and freelancing for the gone-but-not-forgotten NintendoGamer Magazine, he came at last to rest at Godisageek. Mick has been a reviewer, staff writer and content editor here for some time, while also moonlighting a little for Red Bull Games. He has 4 kids, has written 2 novels, and sometimes even manages to pay a bill or two. You'll usually find him defending the galaxy in Destiny 2, battling evil in Diablo 3, or lurking in the background on Twitter. Find him there @Jedi_Beats_Tank, or on XBL (JediWaster247), PSN (Jedi_Waster) or Nintendo (JediWaster).
MORE LIKE THIS
Digital ExtremesHalloweenWarframe