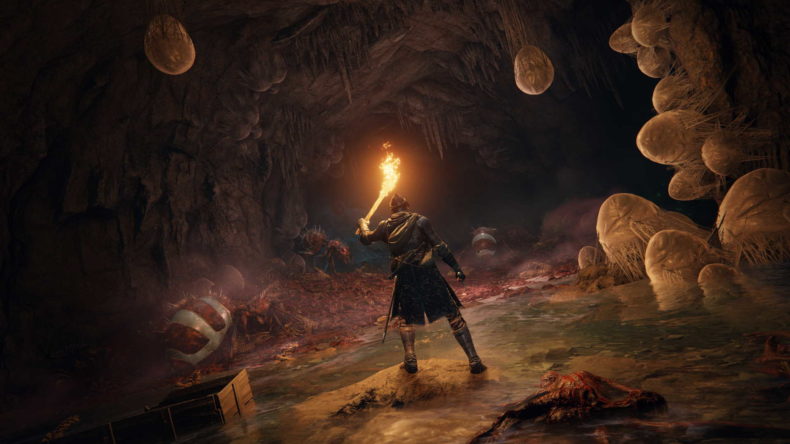 I’ve played the Elden Ring network test. There you go, I said it. After getting extensive hands on with an early version of the game, there are many things that stand out about it, and you can read about those in more detail in the hands-on preview, but for now, I want to talk directly to the people who think this is just “more Souls”.

First of all, you can say “I told you so” if you want, because there are elements of Elden Ring where it feels and plays like a Souls-title. It’s made by the same developer, so if you thought a backstab animation was suddenly going to stop being badass, then you’re very wrong. But for all the similarities, there are actually a few significant differences that make Elden Ring feel familiar, yet also evolved. These are some of the things you really need to know before you get started. Let’s dig in, Tarnished..

Stamina is now only related to combat

This is a huge one. A huge one. When I first started running and the user interface faded away, I thought it was peculiar. I can’t see how much stamina I’m draining if the UI fades away. That’s because in Elden Ring stamina only relates to combat. If you want to sprint around the enormous map forever, that’s fine. You get a horse called Torrent very early on, and likewise its stamina is infinite. 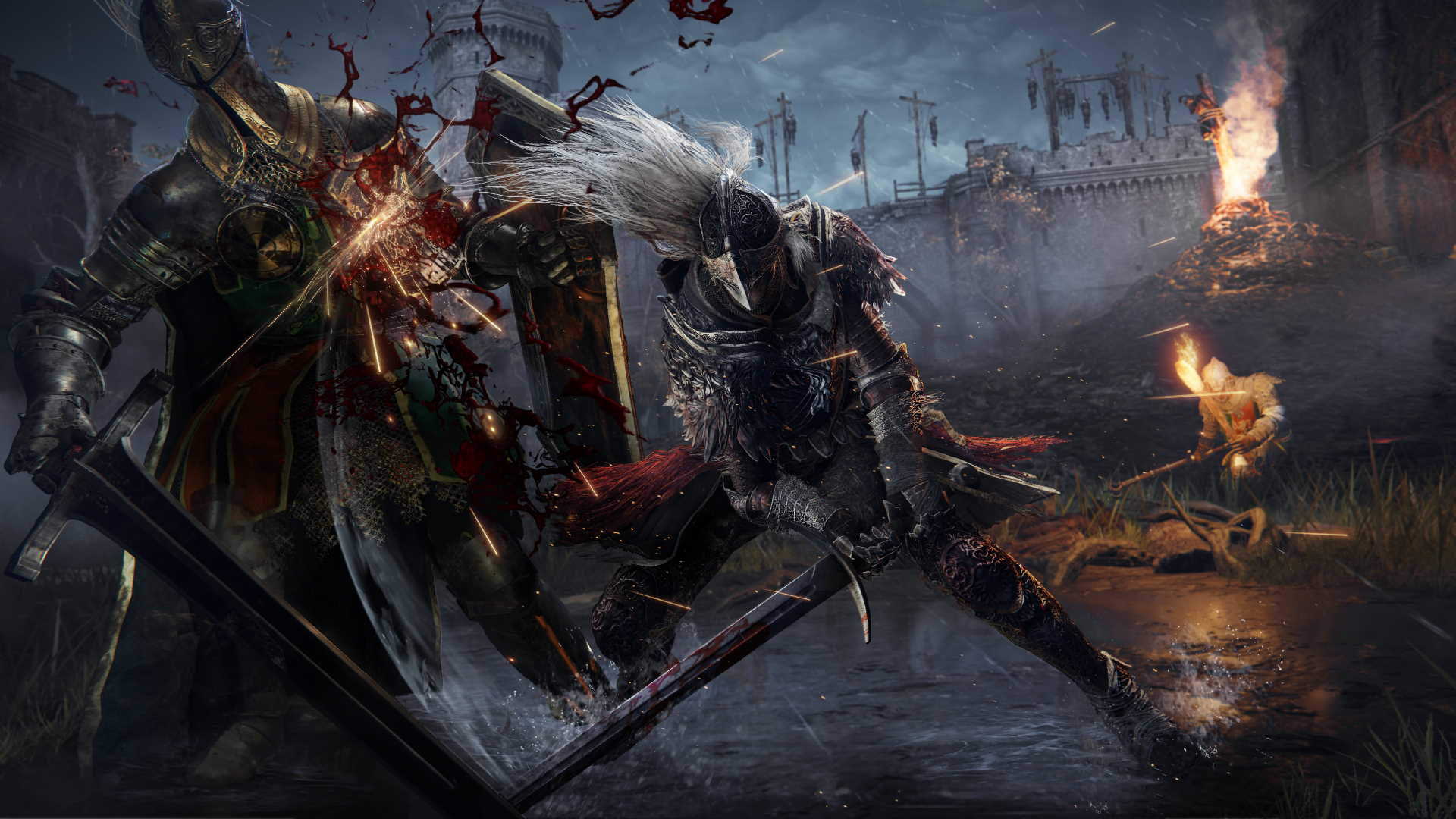 The impact this has on gameplay is massive. No longer is stumbling into an area full of new bad-guys a death sentence. You can sprint away to your heart’s content, or even quickly summon your spirit horse Torrent to dash away even quicker.

Another massive gameplay change, here. Previously, whether you’re playing Dark Souls, Demon’s Souls, or Bloodborne (or frankly any other game in the genre), the only way to refill your health and magic flasks would be to sit at a bonfire, or equivalent, to replenish them. With the exception of Bloodborne’s regain system that encourages aggressive play, you couldn’t fill those flasks outside of this system.

In Elden Ring you can actually refill flasks by clearing combat encounters. Let’s be clear: this isn’t like in Bloodborne where you could get some health back after losing, if you’re quick enough to attack. No, here you might come across a group of enemies, clearly in a pack of sorts, and if you manage to defeat them you’ll get one of your flasks refilled. It rewards courage when finding a new area, and gives you that urge to push on “one more fight”.

Where Souls games are pretty open in how you approach areas, they do have distinct routes that funnel you towards the boss, or next area. Elden Ring has a tutorial area, but after that it just opens up and says “hey, here’s a huge open world, work away”. I instantly stumbled upon a cave containing wolves, whom I fended off pretty quickly. Then I saw a fog door. The thought occurred that it could be a fog door to another area, but something felt different. I pushed on anyway. 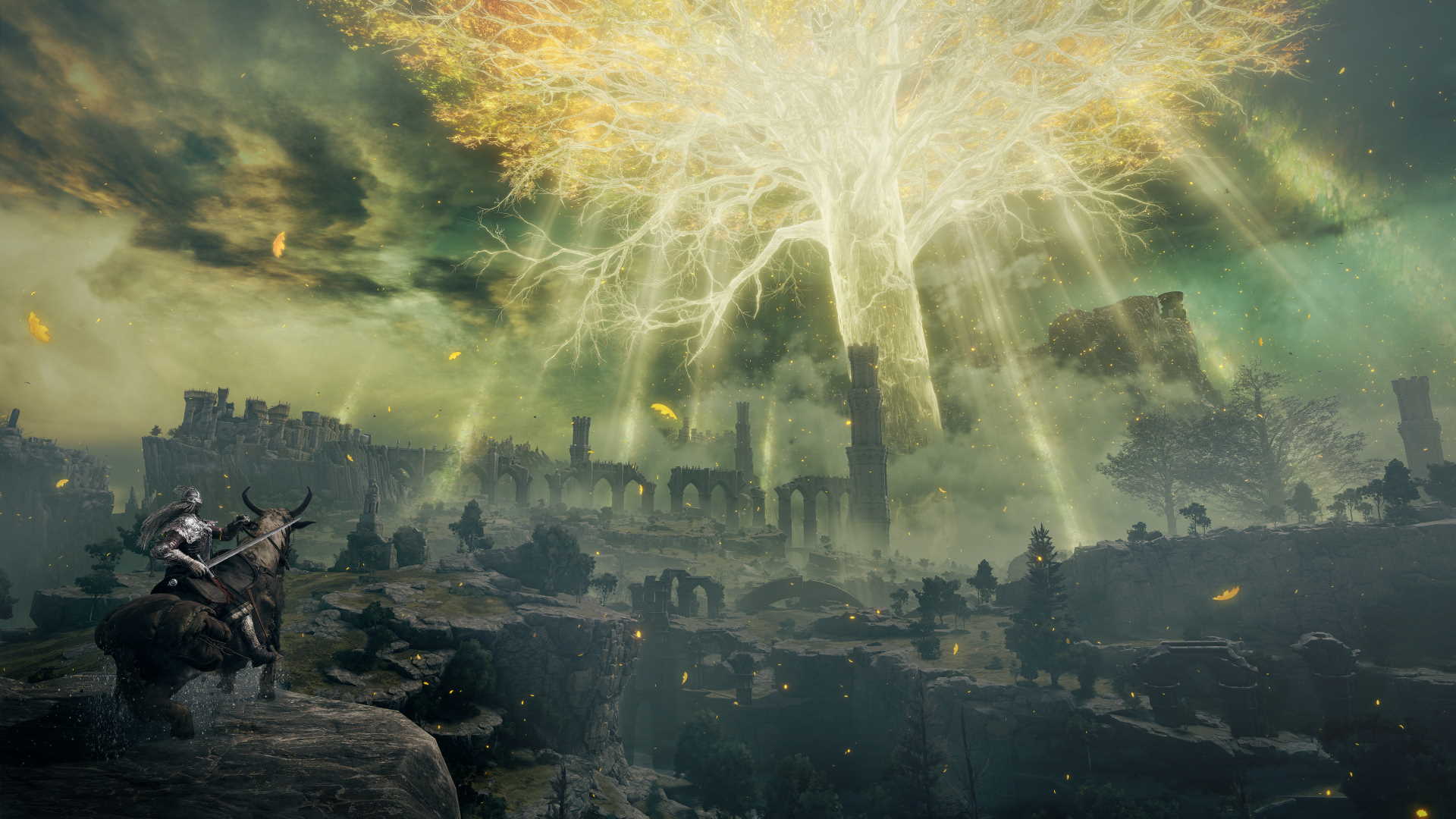 A boss. Right away. I was already thinking magic was a little overpowered, but this boss taught me a harsh lesson. Despite being a seemingly optional boss this early on, he had so many attack patterns. I stayed calm and dodged, trying to mix it up with long range magic and a few close swipes, but he bested me multiple times. The enemies on the whole seem faster than ever before, akin to Bloodborne or Sekiro style foes.

Despite stealth being in Sekiro: Shadows Die Twice, it’s really easy to forget it’s an option in Elden Ring. The tendency to sneak up for a backstab will always be there, but having a button to get into stealth mode and sneak through bushes takes some getting used to, I can tell you. Elden Ring might have a lot of Souls about it, but the addition of stealth adds so many options to your approach. 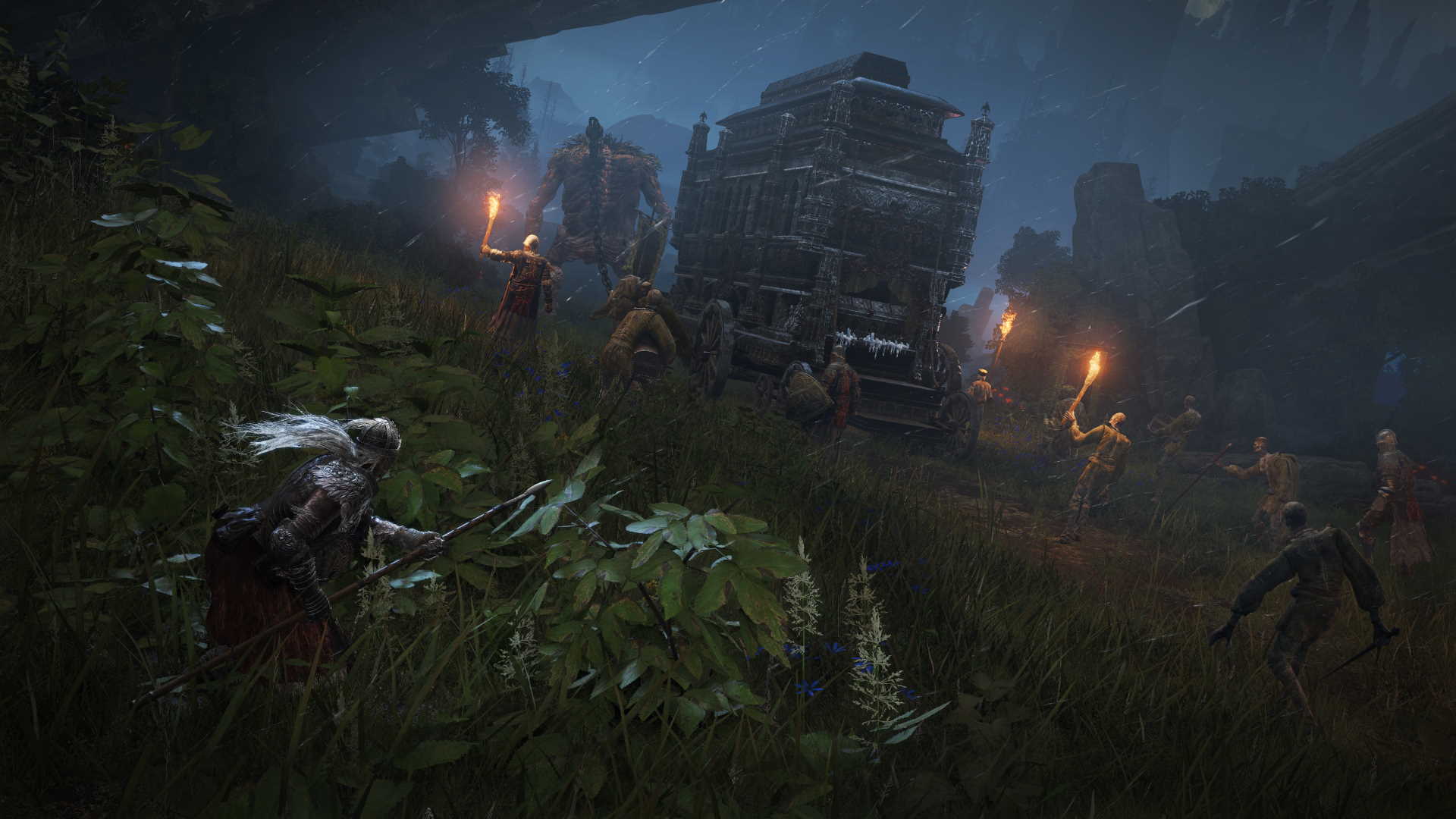 You can use the new jump button to break guard

At first, it feels pretty weird having a jump button in a Souls game like Elden Ring. Whereas previous titles clearly had rocks that were just the right height to suggest “out of bounds”, you can jump manually in Elden Ring, and even when you’re on your horse.

But perhaps the best use of the jump button is in conjunction with the R2 heavy attack as this does a jumping attack that will break the guard of a shielded enemy. This allows you to follow up with a devastating attack that will kill most enemies in one, if you’ve broken their guard.

Riding on a horse feels like a cheat mode right away… at least until you realise other people also have horses. Suddenly it becomes a mounted combat game, and you’re rushing at other enemies trying to outmaneuver them with your attacks. You can lock-on and circle strafe round enemies who are on the ground. This makes it easy to avoid their attacks and kill them quickly, but if they have a shield it’s a tougher fight. Horseback combat is difficult, and enemies will damage you quickly. 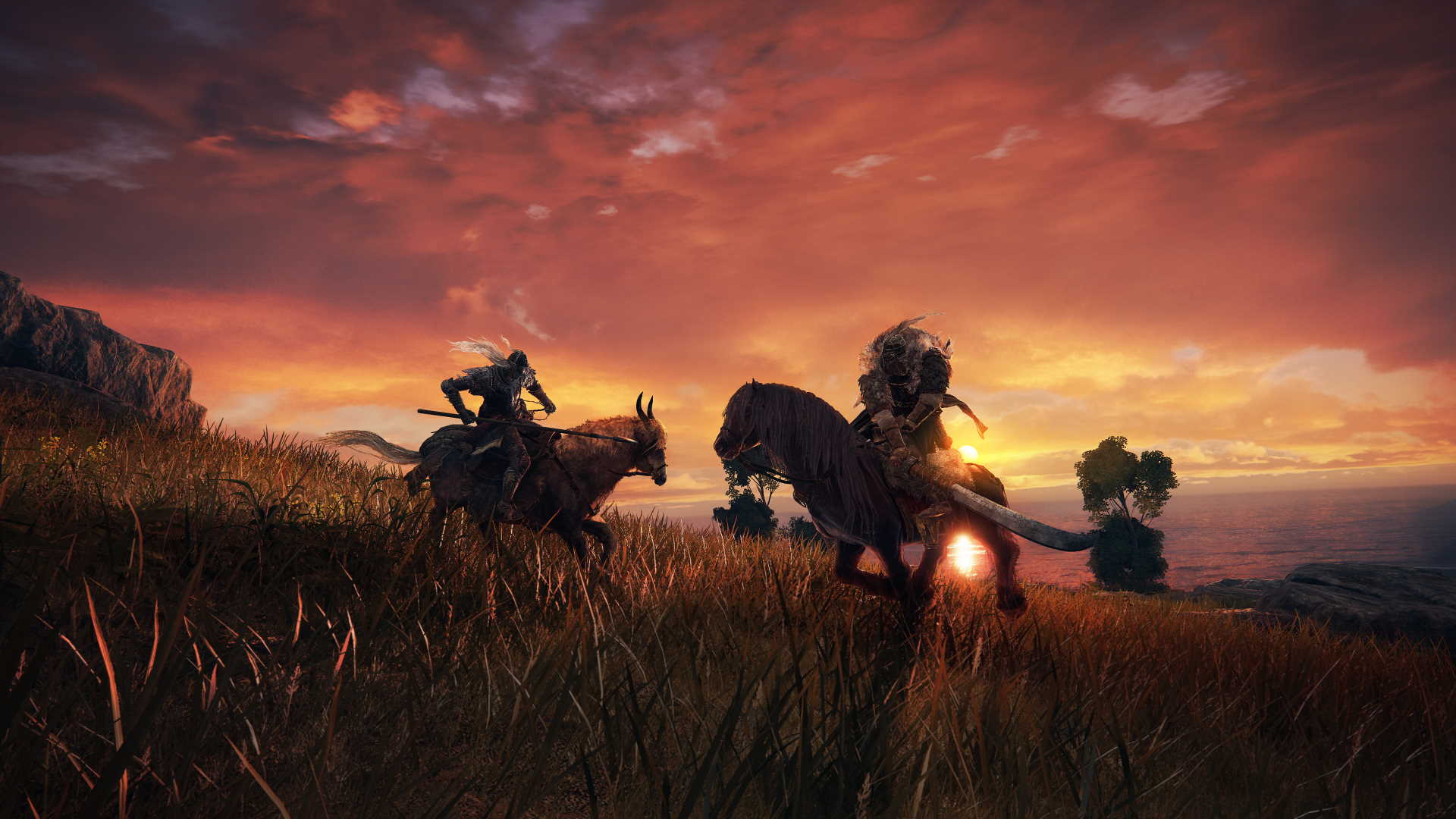 If you take damage while riding Torrent, you will both be damaged and it’s very easy to die this way. If Torrent does die, you can re-summon your spirit-equine by using a health flask. So it’s a choice you’ll have to make at the time.

There’s fast travel and checkpoints from the start

Right at the start of the game it’s made clear to you that the “bonfire” equivalent (Sites of Grace) are fast travel enabled. But when you die, you can actually choose to be respawned at the last rested location, or one of the checkpoints. In dungeons, these checkpoints don’t allow you to level up, or attune magic. They are simply checkpoints you can respawn at if you want to do so.

This doesn’t mean the game is “easy” by any stretch of the imagination (it’s still damned hard). But it does mean that instead of rushing through an area from a rest spot, you can just respawn at the checkpoint. It’s a nice touch. And while there’s no “easy” mode, it’s great to see Elden Ring differ from the Souls titles in terms of accessibility, even if just in a small way.