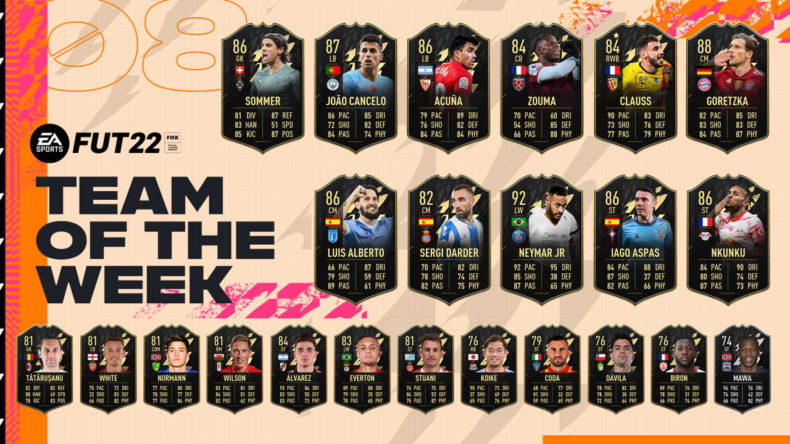 EA Sports has just announced the TOTW 08 players for FIFA 22. Fans can expect to see in-form players such as Neymar Jr. and Joao Cancelo with some improved stats this week.

You can see all 23 TOTW players below as well as the stats for this release: 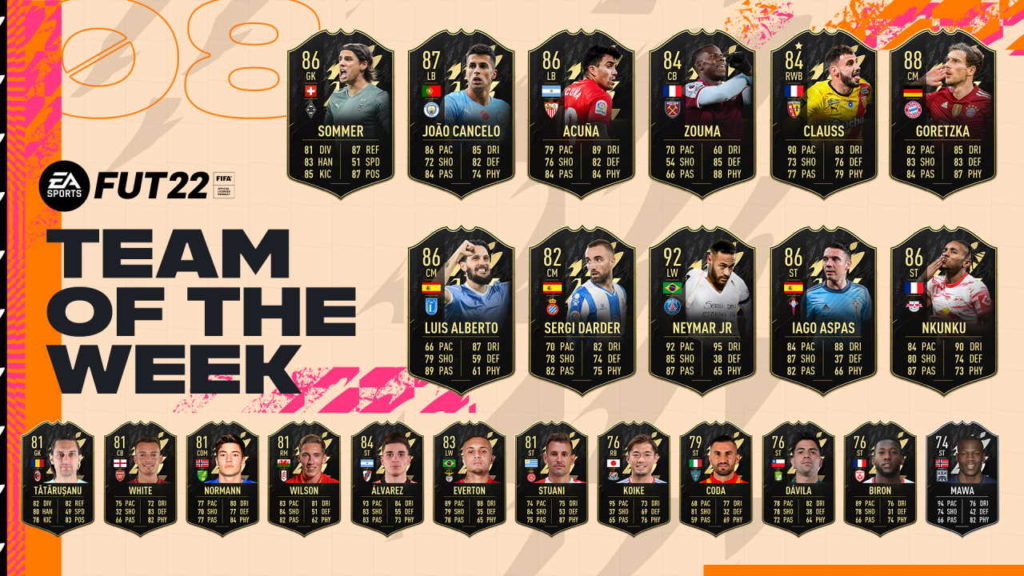 The highlight is undoubtedly Neymar Jr. but there are also a few decent defensive options in Joao Cancelo, Marcos Acuna and Kurt Zouma all added this week. Unsurprisingly, no Manchester United players made it into FIFA 22 TOTW 08 this week, to compound the suffering of this fan in recent weeks.

If you want to read more about FIFA 22, then here is what Chris White had to say in his review:

FIFA 22 feels like such a better game. There is tons of improvements to gameplay, as well as AI on both sides of the pitch. Animations have been drastically improved, and on PS5, they are incredible. The addition of Alex Scott reporting in the place of Alan McNally is a smart move. A more detailed stat summary gives you an overwhelming amount of stats, perfect for nerds like me who care about all those little bits of information that highlight how your team performed. There might not be tons of changes to Career, but with gameplay so good, it wasn’t an issue. Pro Clubs features some nice additions, especially in player progression, and FUT is as strong as ever. The next generation of FIFA is here, and it is fantastic.

If you want to read Chris’ full review, you can click here.