previous
WWE 2K22 is looking like a step in the right direction | hands-off preview
random
next
First expansion for Risk of Rain 2, Survivors of the Void, coming 2022
0 comments 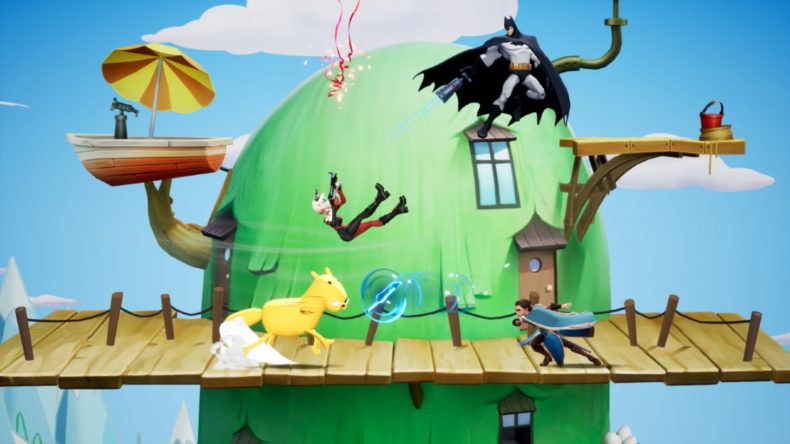 Some of the characters already announced include Batman, Superman, Wonder Woman, and Harley Quinn from DC; Shaggy from Scooby Doo; Bugs Bunny from Looney Tunes; Arya Stark from Game of Thrones; Tom & Jerry; Jake and Finn from Adventure Time; Steven Universe and Garnet from Steven Universe; and original creature Reindog.

MultiVersus will have a strong emphasis on online cooperative gameplay. Every fighter will have a deep combat mechanic, boasting customisable movesets that combine dynamically with other characters. If you ever wondered how the Lasso of Truth works with Shaggy’s sandwiches, or Arya’s face-swapping and Superman’s laser vision combine, you won’t have to imagine anymore.

“With MultiVersus we are creating a distinct competitive game that allows us to combine a deep roster of celebrated WarnerMedia franchises for gamers to enjoy,” said David Haddad, President, Warner Bros. Games. “We are partnering with the talented team at Player First Games to bring together a free-to-play, online platform fighter with a wealth of iconic characters that fans know and love, from Wonder Woman and Bugs Bunny to Shaggy and Arya from Game of Thrones. And this is just the beginning, as we are excited to support upcoming seasons and ongoing game content.”

“MultiVersus is a dream project for our team at Player First Games, and we’re excited to officially reveal the game,” said Tony Huynh, Co-Founder & Game Director, Player First Games. “We’ve built MultiVersus from the ground up to be a cooperative, social game that embraces teamwork and strategy. We’re also focused on providing first class online gameplay through dedicated server-based rollback netcode so that friends and rivals can enjoy a seamless competitive experience as they duke it out with our diverse roster of characters.”

Finally, some of the biggest names in voice-acting return to MultiVersus. Kevin Conroy (Batman), Tara Strong (Harley Quinn), and John DiMaggio (Jake the Dog) are just a few of them. You can watch the new trailer below:

Video games are cool. Don't let anybody tell you any different.
MORE LIKE THIS
MultiVersuswarner bros games

MultiVersus is getting Black Adam and Stripe this season