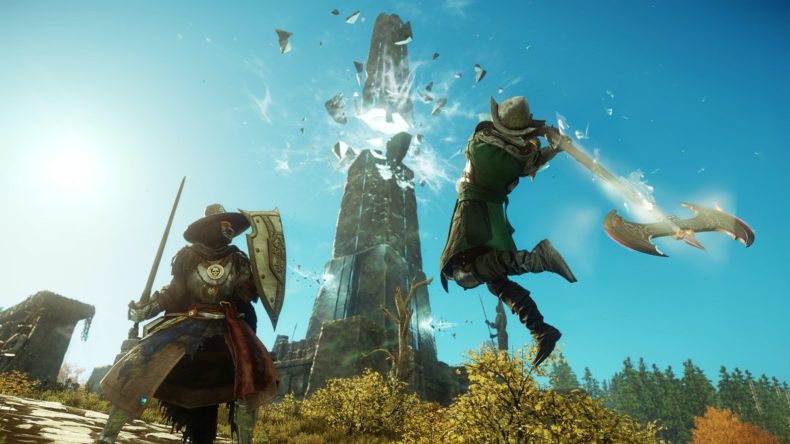 A January New World developer update video has been released which discusses the addition of Expedition Mutators; additional Spirit Shrines, and more. The design leads on New World also talk about the tuning of some named enemies in Mutated Expeditions; the possibility of Mutating lower level Expeditions in the future; decreased cost for Fast Travel; and the role of tuning orbs for Expeditions.

In the video, community questions also feature. The team at New World talk about the thought process behind raising gear score; the status of server merges; character transfers; and future updates to war and invasion.

New World has been out since October, and has already received a substantial 1.1 patch. We reviewed it back at launch and had lots of good things to say about it.

Ultimately, New World is a pretty damn good MMORPG. It’s fun and accessible, and though it doesn’t do anything truly new, it has enough little twists on existing ideas to keep me invested. I’m not in the endgame yet, so more on that later, but the hours I’ve poured in so far have seen me buy property and become a carpenter while also breaking zombie heads and that can only be the sure sign of a winner. New World might not be the most original MMO out there, but it’s heart is certainly in the right place, and that’s maybe more important.

You can watch the January New World developer update video below:

Video games are cool. Don't let anybody tell you any different.
MORE LIKE THIS
amazon gamesNew World