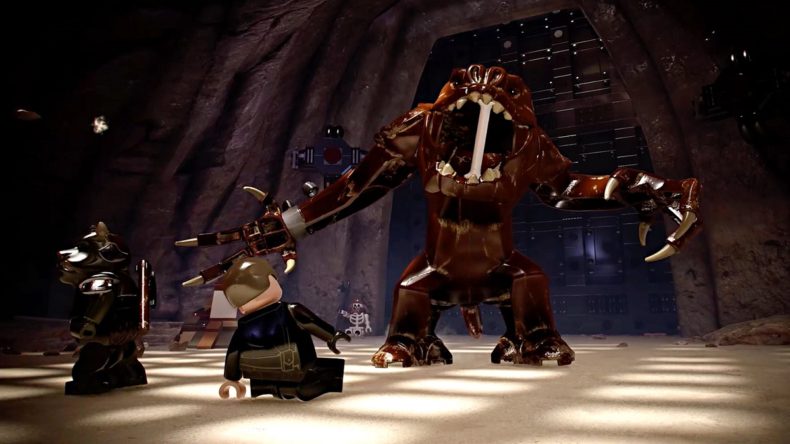 Today, Warner Bros. Games, TT Games, the LEGO Group, and Lucasfilm Games have revealed LEGO Star Wars: The Skywalker Saga will be releasing on April 5, 2022. Coming to PS5, PS4, Xbox Series X|S, Xbox One, Nintendo Switch, and PC, it is set to be the biggest and most adventurous LEGO game yet. To coincide with the announcement, a gameplay overview trailer has been released. It gives an in-depth look at what players will be able to do when the game launches.

LEGO Star Wars: The Skywalker Saga features new combat mechanics; a huge roster of characters and classes; a vast galaxy ripe for exploring; combo chains when in battle; and so much more. The trailer (which you can watch below) looks insane. It covers all the important moments from every film spanning across the saga. From The Phantom Menace to Rise of Skywalker, nothing has been missed.

LEGO Star Wars: The Skywalker Saga: What are the new features?

When in combat, new blaster controls and mechanics provide better aiming. Those using the Force will be able to harness the full power of it, along with the iconic lightsaber. Players travel across the galaxy map on their holoprojector, unlocking new planets along the way. The Millennium Falcon, TIE fighters, and X-Wings are just some of the vehicles players will get to fight and travel in. While there is a main story, the option to explore and discover side quests and puzzles is there. It looks like a huge game, with plenty to do.

By exploring, players unlock Kyber Bricks to unlock new abilities and features. They’ll also allow abilities to be upgraded across a range of character classes, which are Jedi; Hero; Dark Side; Villain; Scavenger; Scoundrel; Bounty Hunter; Astromech Droid; and Protocol Droid. The trailer shows off tons of characters such as Darth Maul, Poe Dameron, General Grievous, and Yoda. However, this is only a small selection, as three hundred characters will be unlockable at launch.

Another small but awesome feature is Mumble Mode. Fundamentally, all dialogue will be replaced with the classic mumblings of the classic games. LEGO Star Wars: The Skywalker Saga is now available for pre-order. Players that digitally pre-order will get access to the Trooper Character Pack on launch day. Also, a classic Obi-Wan Kenobi playable character will be available for those purchasing digitally. The physical version of the Deluxe Edition comes with an exclusive Luke Skywalker with Blue Milk minifigure.