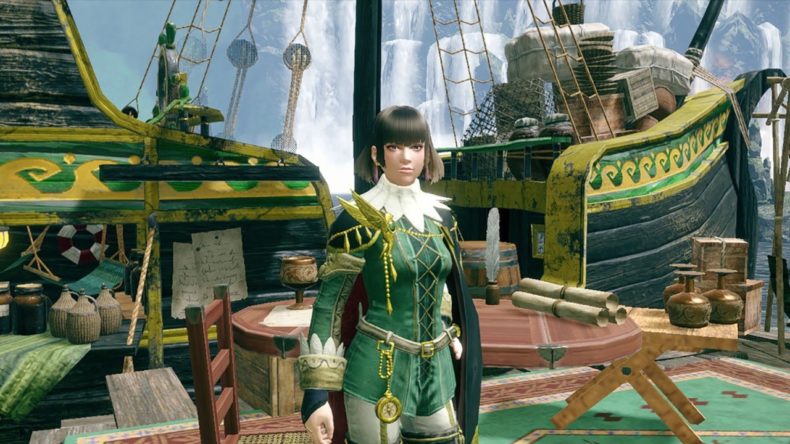 In Monster Hunter World, the Argosy was a ship that regularly went off on expeditions and would come back with randomised hauls of treasure, materials, or resources. In Monster Hunter Rise, it’s captained by royal adventurer Rondine, who sends your buddies out in submarines to bring back specific items – and extras – that you’ve asked for.

You’ll find her in the Buddy Plaza, and at first you’ll only have one submarine at your disposal. However, completing the Cultural Exchange sidequests will soon unlock two more. Using them is simple, but even if you’re using the Buddy Bargaining system and Langiapples, it can take a while to see results. But it’s worth it as this is how you sort your Monster Hunter Rise rare item farm problems out. 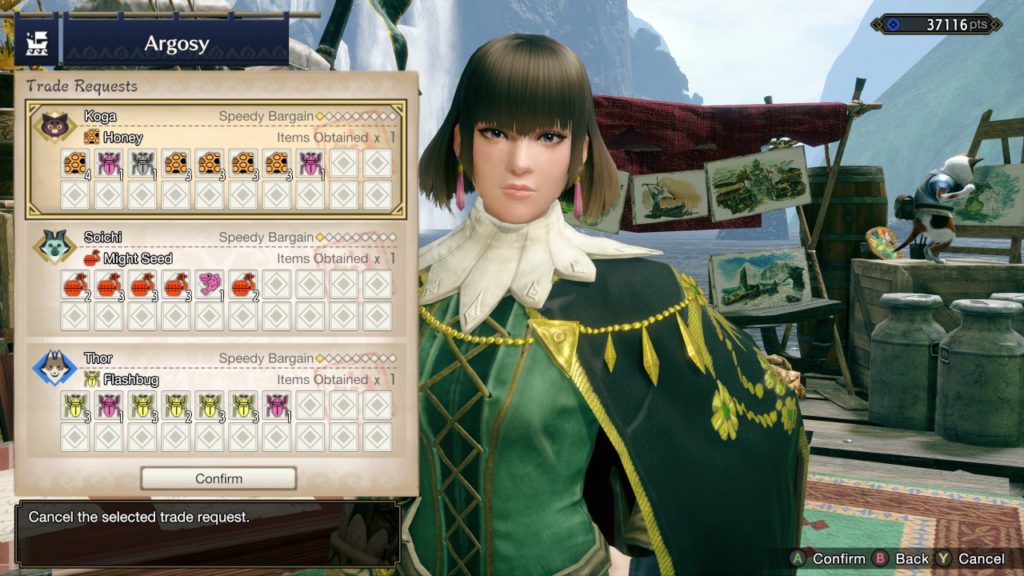 The number of items gathered only goes up while you’re on a hunt, and expeditions don’t count. Each item you assign a buddy to find can also yield rare materials such as fish and insects that you need to craft hidden armour or powerful weapons and decorations, and these take even longer to come by. If you’re after the bonus items, you’ll have best results when the buddy you send out has reached level 25 and you can use the Shiny Bargain option, which increases the chances of finding rare goods.

Either way, there’s a super simple process to speeding this up. Simply send out your subs and then head to the Steelworks. Talk to Minoto and pick Roly Poly Lanterns from the 1* Village Hub Quests. All you have to do is find Firelanterns in Red Berry gather points, and you can finish this quest in under a minute once you have a solid route. 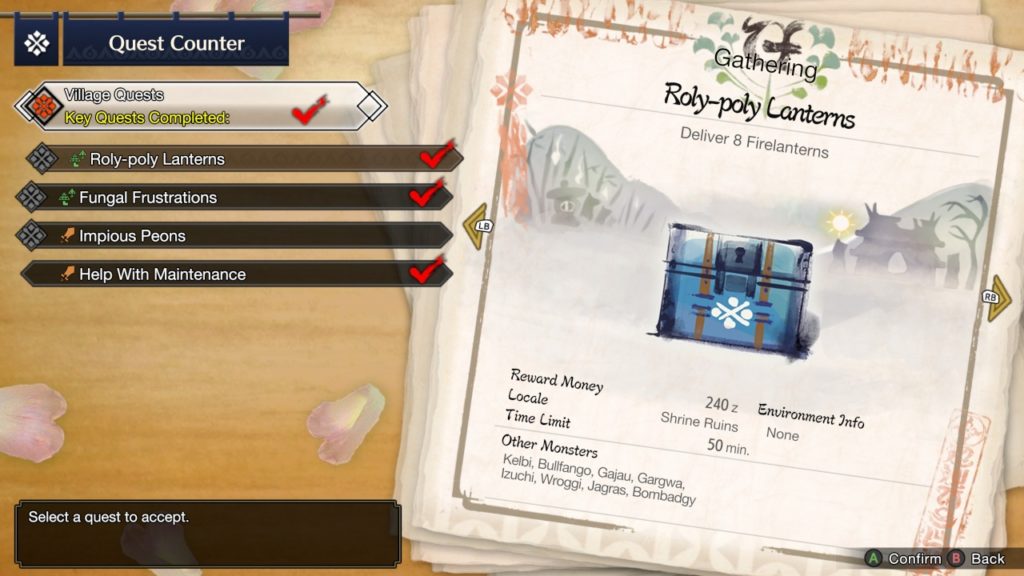 For example, if you head to the Great Wirebug behind the Main Camp when you first arrive in the Shrine Ruins, you can catapult yourself up onto the ledge above. Drop down here and grab the first node. Now mount up and jump the fence, heading north-east to the corner of the next area. Grab that one and fast travel to the Sub-camp, which has a third node right beside it. 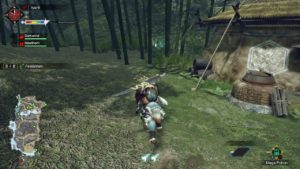 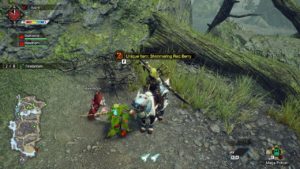 Now climb the little hill to the right of the tent and drop down, using the Wirebug to make sure you land on the ledge below where the fourth node is. Grabbing that should give you the final few you need. If it doesn’t, swing and wall-run up the cliff face in front of you and find a fifth node. Either way, you’re done in less than 90 seconds. Repeat this super-fast quest as many times as you like, and your submarines will fill up a little more each time. It’s an easy farm for items like Honey, Might and Adamant Seeds, and bugs, too. There you go, that’s how you sort out your Monster Hunter Rise rare item farm issues.

Senior Content Editor Mick has been playing games for over 30 years and writing about them for around 12. After drifting from site to site for a while, settling briefly at the now-defunct Made2Game and freelancing for the gone-but-not-forgotten NintendoGamer Magazine, he came at last to rest at Godisageek. Mick has been a reviewer, staff writer and content editor here for some time, while also moonlighting a little for Red Bull Games. He has 4 kids, has written 2 novels, and sometimes even manages to pay a bill or two. You'll usually find him defending the galaxy in Destiny 2, battling evil in Diablo 3, or lurking in the background on Twitter. Find him there @Jedi_Beats_Tank, or on XBL (JediWaster247), PSN (Jedi_Waster) or Nintendo (JediWaster).
MORE LIKE THIS
CapcomGuidesMonster Hunter Risetips