previous
Bloodborne PSX demaster is coming this month, see the remaster mode in action
random
next
Upcoming Gaming Developments to Watch Out For
0 comments 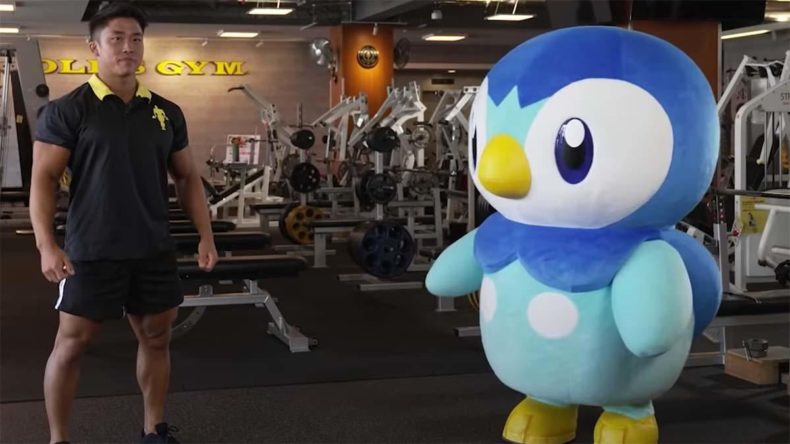 Have you ever fancied doing a workout with Pokemon? Well apparently now you can, though this workout will be easier if you understand Japanese.

The Pokemon Company, you see, has put out a video for a beginner workout featuring Piplup, who wants to be strong like its evolved form, Empoleon. The video description (which we saw thanks to Stealth on Twitter) says: “Piplup, who longs for a steel body like an empoleon, has arrived at the fitness club “Gold’s Gym”! The trainer teaches the motivated Piplup a training menu that can be easily done at home.”

It goes on to explain that this is the “beginner” workout. The intermediate Pokemon workout will be released on January 5th (tomorrow). Then the Advanced Edition is the following day, on January 6th.

I mean, I was just starting my Ring Fit Adventure to try and shed some Christmas weight. But this is definitely going to be fun for some people. All of this comes the same month the first brand new Pokemon game in ages is due out in Pokemon Legends: Arceus.

The recent remakes of Diamond and Pearl were great, as well, as I said in my review. “When it comes to Pokemon, you’re either a fan or you aren’t. Pokemon Brilliant Diamond isn’t going to change minds. Nor is it intended to reinvent the wheel when it comes to the series. What it does, however, is remind us of one of the best adventures in the series. All while bringing it right up to date with gorgeous visuals, quality of life updates, and performance that I didn’t spot a single frame drop during. This is a developer showing reverence for the source material while making it worthy of a replay 15 years on, somehow making an old game essential once again.”

Pokemon Legends: Arceus is out on Nintendo Switch on January 28th.