previous
Stealth RPG Abermore invites you to pull off the ultimate heist.
random
next
A LEGO Horizon Forbidden West set is coming in May
0 comments 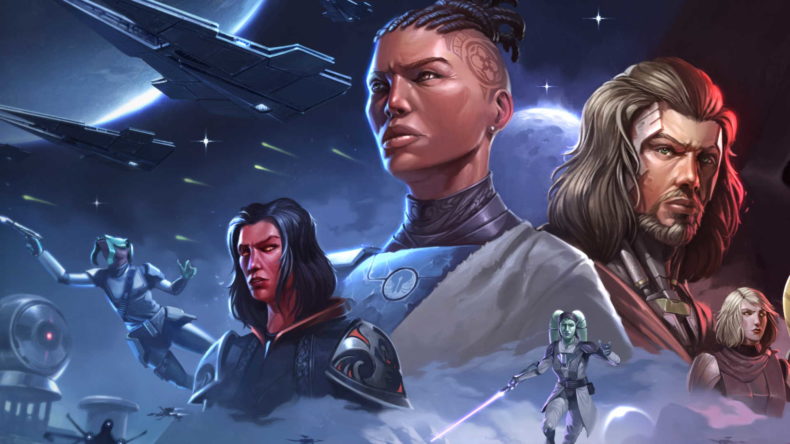 To celebrate ten years of Star Wars storytelling through CGI trailers, today we’ll be getting a new Star Wars: The Old Republic video, setting the stage for the events of the upcoming expansion.

It’s called “Disorder” and it’ll be live at 4pm UK time today (8am PT). That said, if you’re coming back here after that, it’s watchable below, right now!

The cinematic is a collaboration between Industrial Light & Magic (ILM), LucasFilm Games, and BioWare. ILM is the effects company founded by George Lucas, and this video will set the stage for the Legacy of the Sith expansion.

Here’s the official word on the trailer. The celebration of our 10th anniversary continues with Legacy of the Sith, a new expansion that marks the starting point to a full year of galactic intrigue, conflict, and mystery. Legacy of the Sith will send players to the darkest depths and farthest reaches of the galaxy and unlock the ability to choose your personal combat style, allowing for more options than ever before when it comes to living and breathing your own Star Wars fantasy.

The launch of Star Wars: The Old Republic – Legacy of the Sith on February 15 will continue the year-long 10th Anniversary Celebration for the beloved MMORPG which will provide players with an array of new content, updates and in-game activities throughout 2022. In addition to the expansive next chapter in the thrilling storyline of Star Wars: The Old Republic, the highly anticipated Combat Styles feature will add an all-new level of customization for a character’s weapons and abilities giving players even more options to create the Star Wars character of their dreams.

Star Wars: The Old Republic: Legacy of the Sith is out today exclusively for PC.

Editor-in-Chief.
MORE LIKE THIS
BiowareStar Warsstar wars the old republic