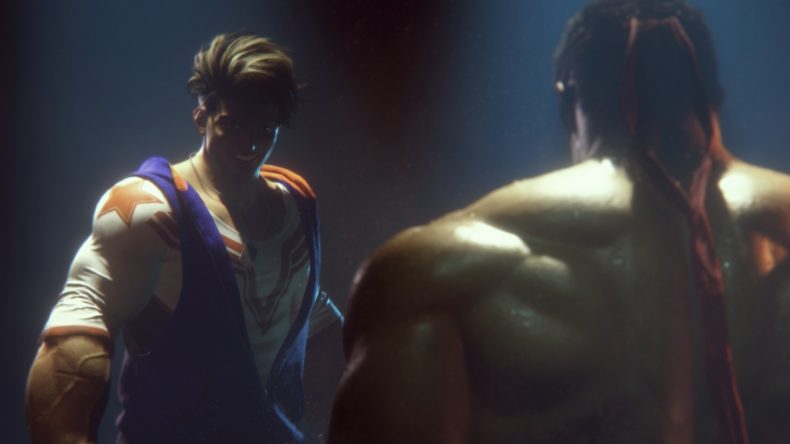 The Capcom countdown is finally over, and fighting game fans will be happy with what it revealed. To end the Capcom Pro Tour 2021, Capcom revealed Street Fighter 6. The latest entry in the beloved series is on its way, and there’s a teaser trailer featured beardy grizzled Ryu and recent DLC character Luke. We don’t have any clue as to when Street Fighter 6 will release, but Capcom are planning to share more details over the summer.

“Street Fighter 6, the next evolution of the renowned Street Fighter™ series which has sold more than 47 million units since it charged onto the scene 35 years ago, is now in development. The teaser trailer showcased a glimpse of the future of Street Fighter™, as series mainstay Ryu locks horns with new challenger Luke. The 45th and final character in the Street Fighter™ V roster was teased to have a key role in the next Street Fighter project, which has now been confirmed. More details will be shared this summer. Stay tuned to the official Street Fighter 6 website for all the latest info.”

Alongside this mammoth announcement, was the reveal of a huge fighting game collection coming on June 24th. Featuring 10 classic titles, the Capcom Fighting Collection will include the entire Darkstalkers series, as well as Hyper Street Fighter II, Super Puzzle Fighter II Turbo, Super Gem Fighter Mini Mix, Cyberbots: Fullmetal Madness and for the first time outside of arcades Red Earth.

“While the excitement for the next chapter in the Street Fighter saga builds, fans can kick off celebrating 35 years of Capcom fighting games with Capcom Fighting Collection, an anthology of 10 classic titles – including the full Darkstalkers™ series together for the first time ever outside of Japan. Each of the 10 titles in the collection has been revitalized with online multiplayer, enhanced features, and quality of life updates.”