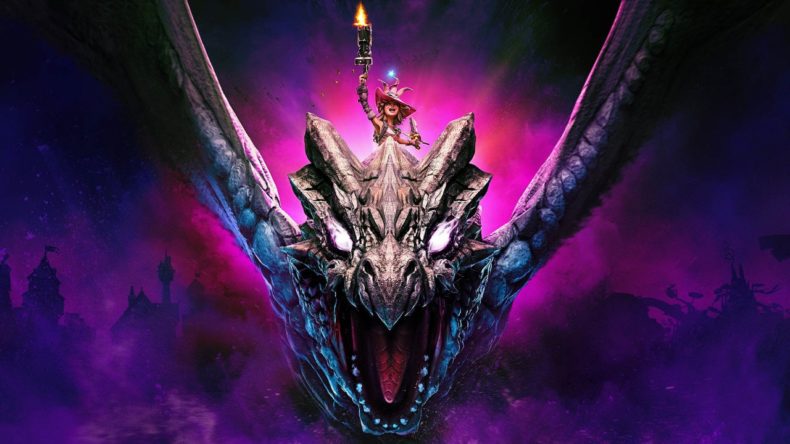 The core gameplay of Borderlands has seen little decline since Borderlands 2. The writing may have peaked some time ago, but the central looting and shooting was as fun in Borderlands 3 as it ever was – it just didn’t feel new anymore. This far into the franchise’s life cycle, there are no surprises left. Sooner or later you have to modify the established formula. As other shooter franchises evolve, Gearbox’s One Good IP ™ needs to move with the times. And Tiny Tina’s Wonderlands might be the shot in the arm it needs.

Riffing off the Assault on Dragon’s Keep DLC from Borderlands 2, Wonderlands sees lovable motormouth Tiny Tina once more chairing a tabletop RPG that plays out as a full-on action RPG shooter. I’ve been allowed access to a short, contained preview section to get a feel of the overall gameplay and, honestly, I’m now incredibly excited for the full release. 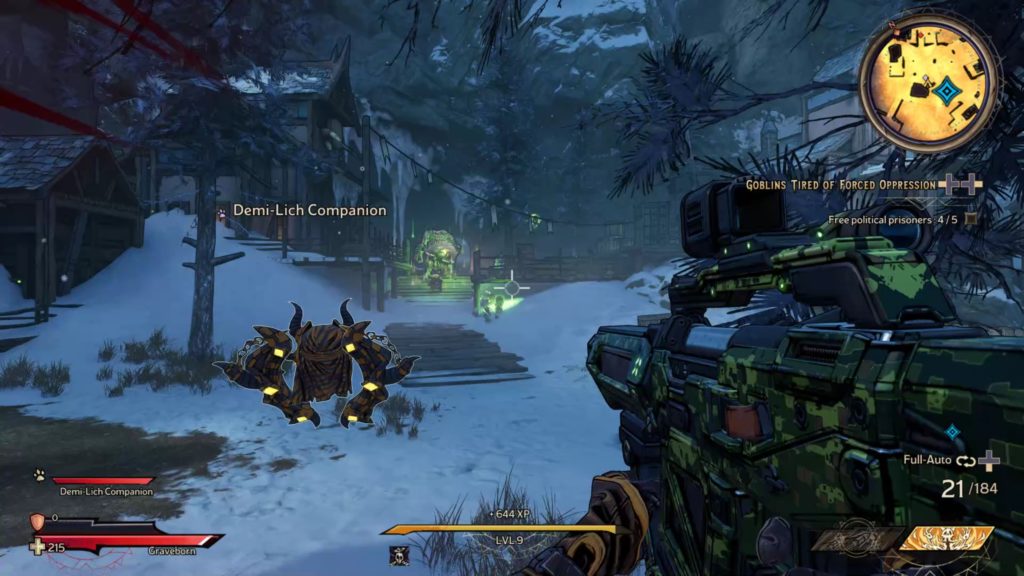 The preview build featured one small area which, in the full game, will count among Wonderlands’ instanced side-quest regions. It’s divorced from the main game and story, and features its own mini questline about goblins rising up and unionising against their oppressors. In classic Borderlands style, “unionising” means exploding things. The franchise has never been subtle. Why climb a tree to coax out a kitten when a rocket launcher will achieve approximately the same result – only you won’t get splinters.

Tiny Tina’s Wonderlands’ big departure is that it now features dedicated melee weapons and full-on magic spells. Of the six classes that will be available, I got to play as the sneaky Stabbomancer, and the Graveborn, Wonderlands’ version of a warlock. The former begins with stats and skills to unlock, while the latter is pre-built. Allocating skill points is much the same as it always was, but there’s a chance the single tree I saw will be one of two or three. Borderlands has always had decent build options, so I’m expecting more build diversity in the full game.

Excitingly, there will even be a proper character creator. Everything is governed by RNG here, from weapon effects to armour drops, items and gear. Armour replaces skins and offers buffs and cosmetic changes. This is more RPG than Borderlands has ever been, while still maintaining elements such as the rechargeable shield and, crucially, mayhemic violence. 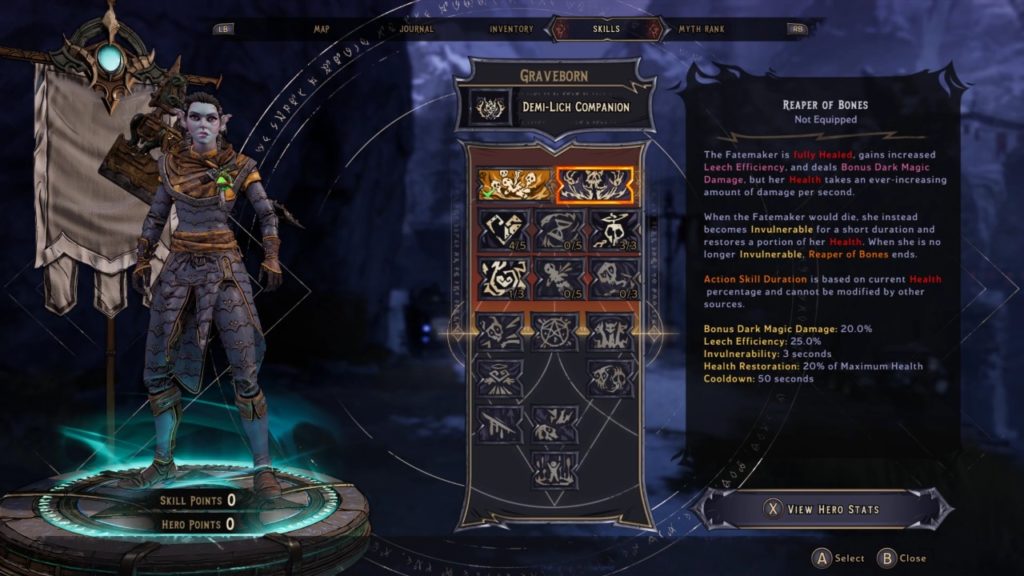 And you know what? It feels great. Voice overs from Tina and the various roleplayers evoke memories of Assault on Dragon’s Keep, as they bicker over rules and the ever changeable Tina makes it up as she goes along. But it plays perfectly into Borderlands’ sense of somewhat manic abandon. Now when sudden impassable barriers appear like arbitrary impediments to progress, it’s because they are and the Dungeon Master wills it so.

Each class has their own range of skills and abilities. The Graveborn can sacrifice health for damage and summon a meteor, while running around with a permanent companion to chip away at enemies. The Stabbomancer, on the other hand, is as close as Wonderlands gets to stealth. Able to cloak to sneak around enemies, he’s built smaller and less durable.

Magic is the most important new addition though. Magic spells replace grenades and super abilities, and fit perfectly into the established framework. Each one is explosive and colourful, and mix with the new melee weaponry to lend it all an endearing fantasy quality. Of course, there are still lots and lots of guns, but then Tina’s got to use what she knows.

Playing this small chunk made two things very clear: one, this is still very much Borderlands. From the art style to the little safes everywhere full of money and the abundance of ammo boxes; it’s that series. And two, it does enough new stuff to feel justified in its existence. It’s not just the same old thing. It’s the same old thing with new armour, fireballs, and a four-foot broadsword.

With four other classes and co-op play yet to sample, and no real knowledge of the over-arching plot, all I have to go on is the gameplay in its rawest form. Luckily, it plays exactly how I hoped it would: fast, smooth, colourful, explosive, and irreverent. I’m fairly confident that when Tiny Tina’s Wonderlands launches, it will fit comfortably alongside its franchise-mates and give its fans the shake-up they’ve been waiting for.

Senior Content Editor Mick has been playing games for over 30 years and writing about them for around 12. After drifting from site to site for a while, settling briefly at the now-defunct Made2Game and freelancing for the gone-but-not-forgotten NintendoGamer Magazine, he came at last to rest at Godisageek. Mick has been a reviewer, staff writer and content editor here for some time, while also moonlighting a little for Red Bull Games. He has 4 kids, has written 2 novels, and sometimes even manages to pay a bill or two. You'll usually find him defending the galaxy in Destiny 2, battling evil in Diablo 3, or lurking in the background on Twitter. Find him there @Jedi_Beats_Tank, or on XBL (JediWaster247), PSN (Jedi_Waster) or Nintendo (JediWaster).
MORE LIKE THIS
2k gamesGearbox SoftwareTiny Tina's Wonderlands