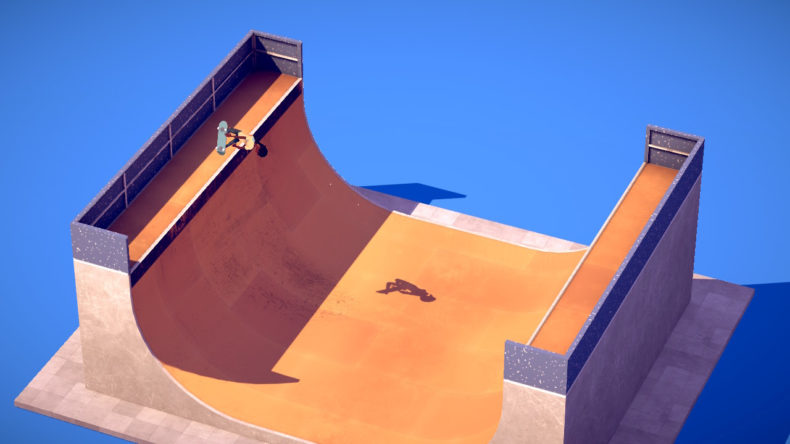 On March 17th the Nintendo Switch is getting another Skateboarding game called The Ramp, and it looks pretty good based on the trailer just released.

It’s coming from publisher CoatSink and developer Paul Schnepft, and it’s described as a digital toy for skateboard loving people, with a tagline of “pure pick up and play flow”.

Here’s the official word on what The Ramp is, then.

The Ramp has simple and intuitive controls, giving you the freedom to skate how you want without the extra gaming fluff.

Shred through a Halfpipe, get big air on the Mega Ramp or hone your skills and get into the flow creating your perfect line.

The Ramp is a small digital toy, no scores, no missions, no unlockables. Designed by a Skater for skateboard lovers wanting to relax, find a flow, and enjoy the act of skateboarding in its purest form.

This comes not long after OlliOlli World was released, so the Switch isn’t shy of Skateboarding titles right now, with Tony Hawk’s Pro Skater 1 + 2 HD also on there.