Dead by Daylight have revealed their first LGBTQIA+ character 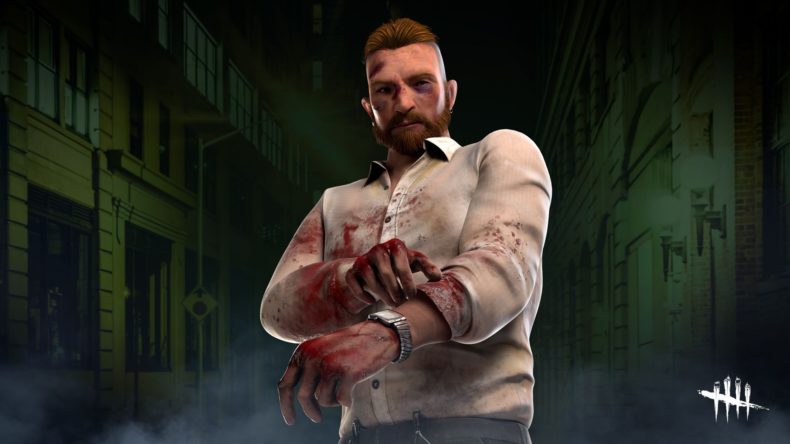 As part of the upcoming 11th tome, Dead by Daylight have revealed their first LGBTQIA+ character. The lore entries in this season’s tome will flesh out the backstory of popular survivor David King, and his struggle to come to terms with his homosexuality. As a LGBTQIA member of the Dead by Daylight community myself, I’m really happy to see some representation in one of my favourite games.

“Since his introduction in Dead by Daylight, Survivor David King quickly became a fan-favorite. Currently occupying a comfortable top ten position as one of the realm’s most-played Survivor, David is a hot-tempered ruffian with a penchant for a good scrap, whose time as a debt collector brought pain both internal and external. While a fragment of his pre-Fog life was previously revealed, there remained much to uncover. Throughout DEVOTION, fans will discover, that part of his personal struggles revolve around accepting his own identity and sexuality. David’s memories will take players in a pub, where a conversation about romantic relationships leads him to speak more about his personal life, including a past boyfriend.

Bringing inclusivity and representation to life in a meaningful way within Dead by Daylight’s storytelling has been a focus for the development team over the last few years. Creating content devoid of negative tropes, versus simply checking a box was the creators’ priority. To achieve this, the team collaborated with GaymerX, a consulting organization dedicated to providing best practices for integration of LGBTQIA2+ themes into established games. The non-profit precisely offered support around in-game content and how to approach diversity stories without falling into harmful representation.”

Alongside this, a new progress pride flag charm can be unlocked by entering the code PRIDE2022 into the Dead by Daylight store. Survivors and Killers alike can share their pride with this stylish little cosmetic, and I know I’ll be wearing it next time I log in.