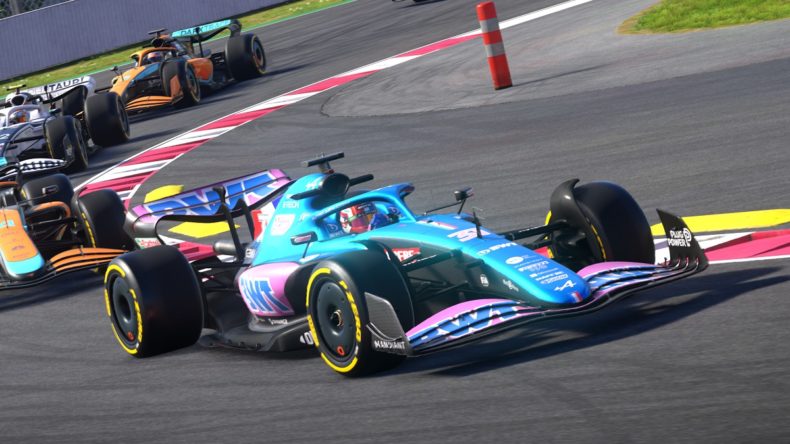 Codemasters and EA has today announced that EA SPORTS F1 22 will release worldwide on July 1, 2022, with tons of new features. Players will be able to take their seats in new hybrid cars, featuring overhauled rules during race weekend. There’ll also be F1 Sprint races, and a brand new hub called F1 Life, where players can show off their supercar collections, clothing, and accessories earned via gameplay, Podium Pass, and the in-game store.

“We look forward to welcoming our players to the new era of Formula 1,” said Lee Mather, F1 Senior Creative Director at Codemasters. “Alongside the real-world changes, we have updated the physics to accommodate the new aero rules and re-worked the tyre model, making the handling more true to life. With new and updated circuits, Adaptive AI, F1 Life, and expanded gameplay options, there has never been a better time for players to take their seats and live the life of an F1 driver.”

EA SPORTS F1 22 includes Adaptive AI to help less experienced players get to grips with the competition, tailoring the opposition to match skill levels. There’s also more variety in the Practice Programs, with new scoring systems and on-track visualisations. Returning modes will have improved features, such as My Team offering players the chance to choose their starting budget based on three entry points: Newcomer, Challenger, and Front Runner. Real-life track updates for Australia, Spain, and Abu Dhabi are included, and there will be customisation options for race day that affects formation laps, safety car periods, and more.

Video games are cool. Don't let anybody tell you any different.
MORE LIKE THIS
CodemastersEAEA SPORTS F1 22