previous
Apex Legends: Saviors is coming on May 10th with new a hero
random
next
Stellaris: Console Edition getting fifth expansion pass this May
0 comments 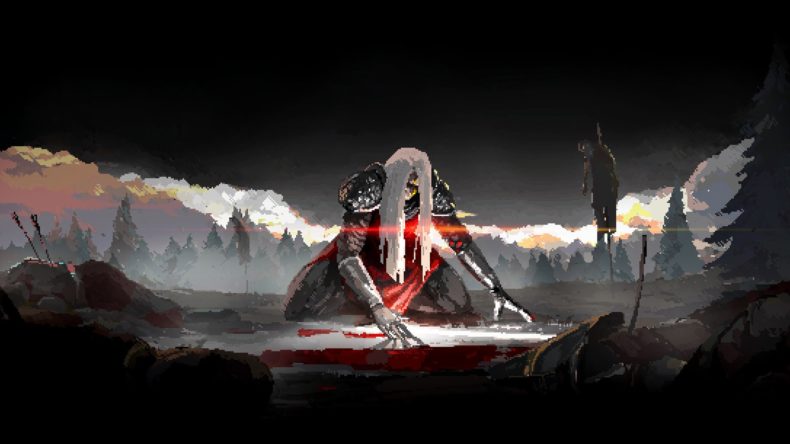 A good Soulslike is hard to find. Middling to bad Soulslikes are like pigeon shit on Nelson’s Column, but a really good one is a pretty rare thing. Outside of what From Software themselves produce, the majority are little more than pretenders. At present it’s hard to say exactly where Moonscars, from Black Mermaid and Humble Bundle, will fall, but based on this early preview build it certainly appears to understand the assignment.

See it’s not just a case of being hard. Or of losing currency on death. Or being about as easy to understand as a book written backwards and upside down with half the pages missing, that’s covered in blood and on fire. It’s not about shortcuts and branching pathways or even boss fights with huge walls of limbs and swords. You need all of those things, in just the right measure, to do the job. 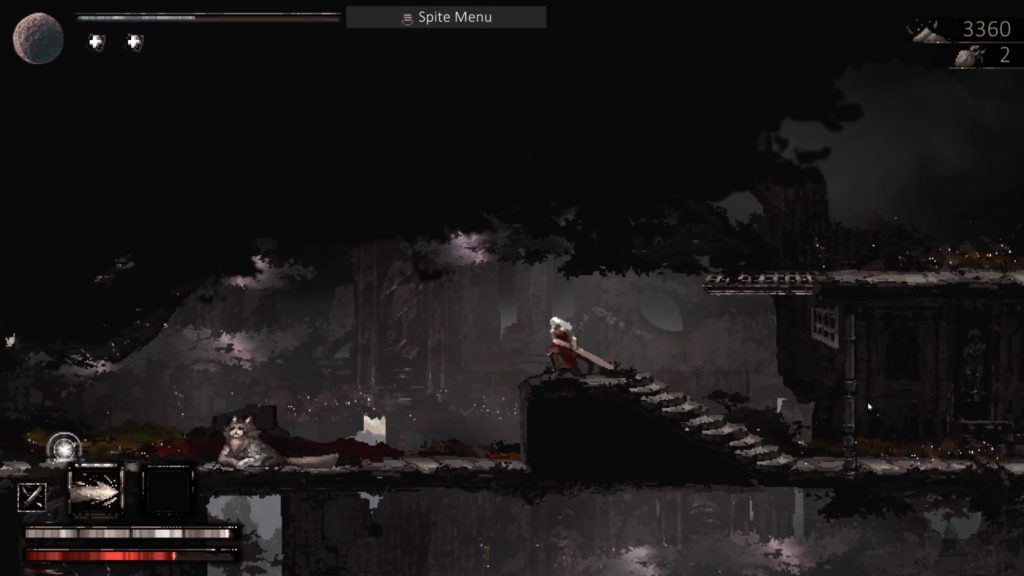 Moonscars has most of it down pat. I can’t comment yet on what the bosses will be because there isn’t one in this build. Well, unless you count the fight against a doppelganger of yourself that closes the trial. Though in the category of being obtuse almost to the point of total obfuscation, Moonscars has most other Soulslikes beaten.

This build is a work-in-progress, and the opening cutscene is still a rough pencil sketch with missing scenes, but I got the gist after a couple of runs. Your character is Grey Irma, a “Clayborn” built as part of an army by the Sculptor, a godlike being who can cast human souls into what are essentially golems.

CHECK IT OUT: Salt & Sacrifice brings 2D Soulslikes up to date | Hands-on

You awaken with a hunger that can only be fed by killing living things and absorbing their ichor. Ichor acts as a resource for healing and using special moves and spells, but it’s also the essence of the Clayborn. It is built by slaying enemies, and so immediately there’s an emphasis on being offensive. Which is great, because the combat is excellent. 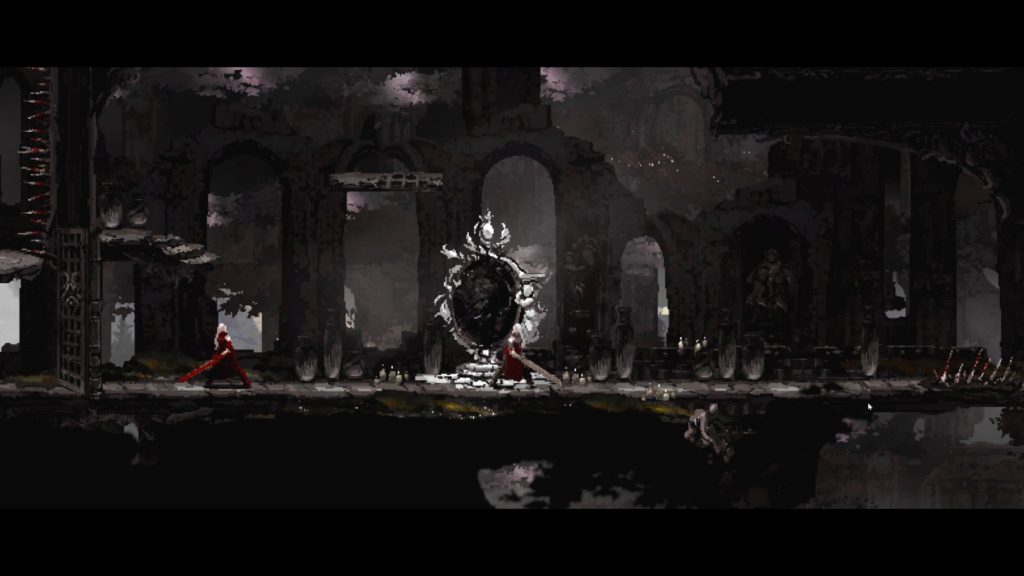 Irma has a light and heavy attack, a dodge-dash and a parry. But she can also unlock spells such as the shockwave which is used for knocking enemies back and breaking thin walls. After a little while, you’ll reach the Moonforsaken Workshop, the hub where the Sculptor created you. Here you can craft a new Clayborn vessel, called a “mould”, which strengthens you and gives you access to a special attack in the form of a secondary weapon. There are several and they seem to be randomised each time. I saw a spear, hammer, lance and longsword. These special attacks do a great deal of damage and add a debuff to enemies such as damage-over-time or slow.

To reach the Moonforsaken Workshop you access huge ornate Dark Mirrors. They allow you to fast travel and unlock abilities by spending Bone Powder, which is a currency dropped on death. As with any Soulslike, you must return to your grave on death, but if you die on the way all your Bone Powder is lost. If you lose your grave, the Moon grows hungry – which is the way the game explains that enemies get stronger if you die without reaching your grave. You need to perform a Moon Rite at a mirror to reset the effect. 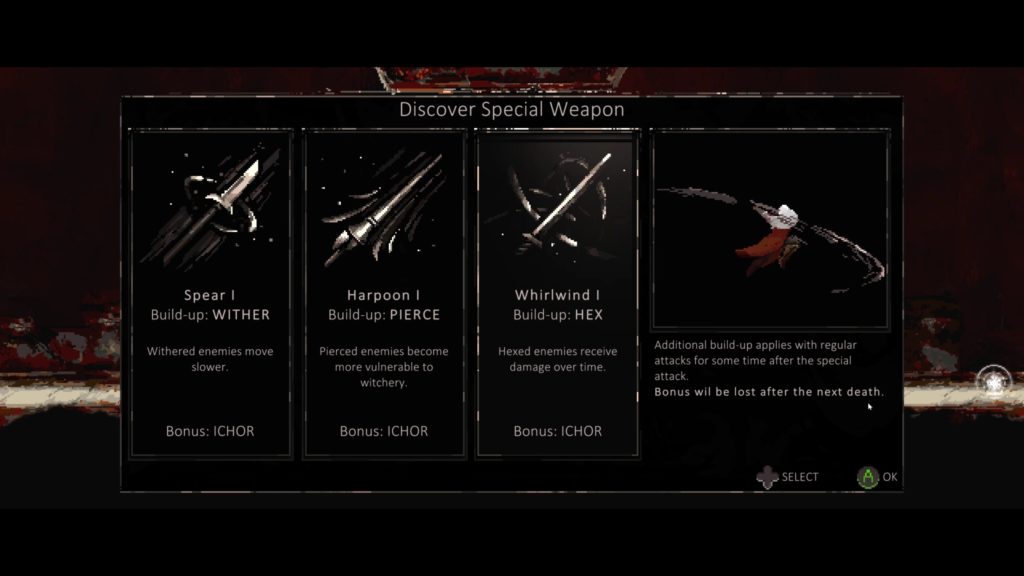 The first time you use a new mirror, you must sacrifice your current mould to do so. At this point, a doppelganger will form and remain at the mirror with all your items and currency. If you want it back, you’ll need to go and kill it. It’s an interesting mechanic that forces you to think before blindly jumping into any point of respite.

CHECK IT OUT: Eternal Threads is an intriguing time travel adventure | Hands-on

If anything, Moonscars may have a few too many mechanics. You also build Spite, which unlocks temporary buffs for the current mould. You can get an instant heal on death, increase your damage or crit chance, boost your Ichor reserves. Each upgrade is essential, but they don’t stay with you after death.

Add to this the items and charms you can find and equip and the huge tree for spells, and there’s potential in here for varying builds. How deep this goes I can’t say for sure yet. The preview is less than an hour of the game and I got the sense it’ll be pretty big. The area I played had a Metroidvania feel, with a number of shortcuts and elevators to activate that gives you quicker access between mirrors. Enemies respawn on death or when you use a mirror to travel, and I came across a few doors I couldn’t access at all in the preview build. 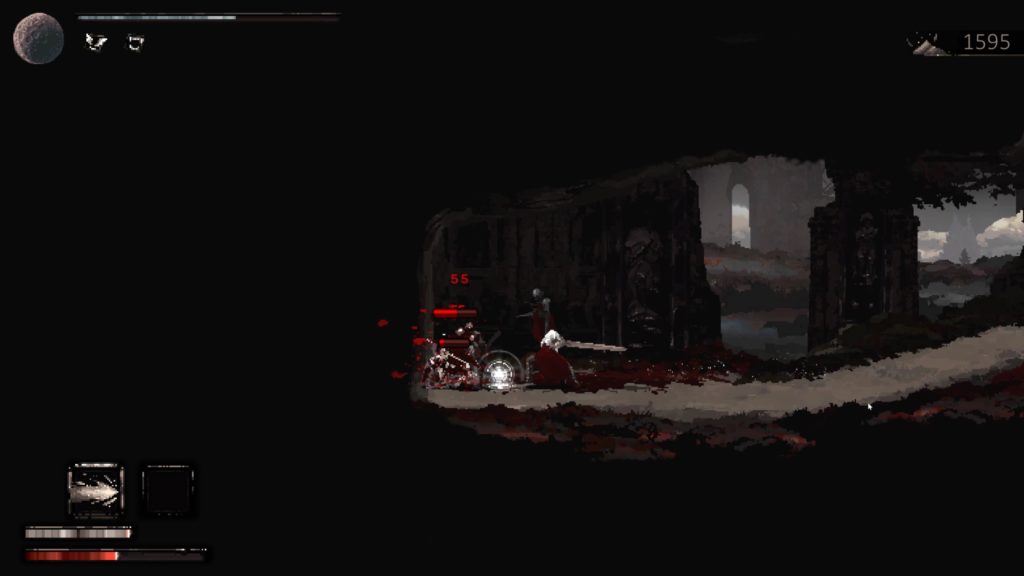 The art style is gorgeous. The pallet is muted greys and flashes of red, with occasional shocks of colour from spells and enemy attacks. It’s hugely atmospheric, and the animation is just excellent. Irma moves with a brutal grace. She feels like something inhuman, built to fight, and every strike of her greatsword has a palpable weight to it. The writing is a little overcooked; it’s all very grimdark and lofty. Although the Sculptor’s pet cat will often appear to offer advice and snarky witticisms, which at least adds some levity.

You know when a game has grabbed you when you feel genuinely sad that the preview build has come to an end. Moonscars has the potential to be another Grime or Blasphemous, or even another Salt and Sanctuary. Currently it’s hard work to pick apart the story elements and I’ve no idea how boss fights will work, if there are other weapons to unlock, or what kind of builds are possible. But what I’ve seen absolutely has my attention. Without a doubt, Moonscars is one to watch.

Moonscars is coming to PC in Summer 2022. Other versions are not yet confirmed.

Senior Content Editor Mick has been playing games for over 30 years and writing about them for around 12. After drifting from site to site for a while, settling briefly at the now-defunct Made2Game and freelancing for the gone-but-not-forgotten NintendoGamer Magazine, he came at last to rest at Godisageek. Mick has been a reviewer, staff writer and content editor here for some time, while also moonlighting a little for Red Bull Games. He has 4 kids, has written 2 novels, and sometimes even manages to pay a bill or two. You'll usually find him defending the galaxy in Destiny 2, battling evil in Diablo 3, or lurking in the background on Twitter. Find him there @Jedi_Beats_Tank, or on XBL (JediWaster247), PSN (Jedi_Waster) or Nintendo (JediWaster).
MORE LIKE THIS
Black MermaidHumble BundleMoonscars