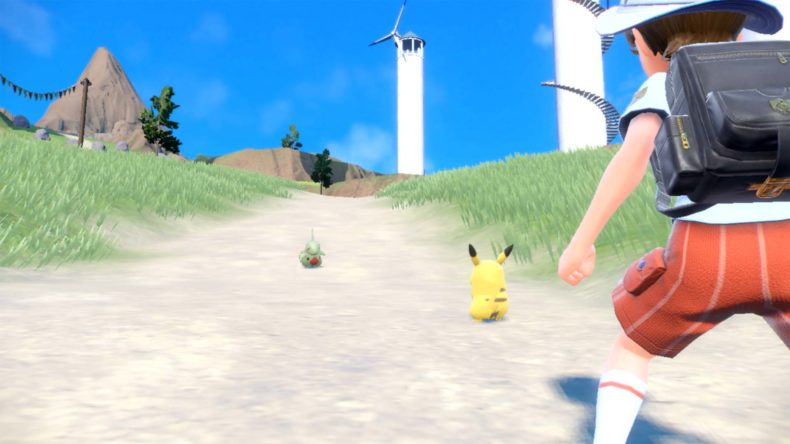 The official Pokemon Twitter account has revealed a new trailer for Pokemon Scarlet and Pokemon Violet will be releasing on June 1st, at 6am PDT, which is 2pm UK time.

We don’t have much more information than that, other than the fact it’ll air on the official Pokemon YouTube Channel. It’s been three months since the reveal of Pokemon Scarlet and Pokemon Violet, which happened on February 27th.

Fans were interested to see the direction that Pokemon Scarlet and Violet would take the series, because Pokemon Legends: Arceus was one of the most well received titles in the franchise for a long time — at least critically, anyway.

For those in need of a refresher, we do know the choices of your first starter Pokemon for the game:

As one of the main characters, Trainers will jump into the world of Pokémon Scarlet and Pokémon Violet to begin their adventure, where they will have a different outfit depending on which game they are playing. Trainers will then choose either Sprigatito, the Grass Cat Pokémon, Fuecoco, the Fire Croc Pokémon, or Quaxly, the Duckling Pokémon to be their first partner Pokémon before setting off on their journey.

Other than that, we only know the games are set to be released in 2022 exclusively for Nintendo Switch. Oh and if you’re worried about the two new ones being more Sword/Shield than you hoped, having gone back to that game very recently we can confirm the visuals are definitely looking better going by the screens we’ve had so far. So fingers crossed!