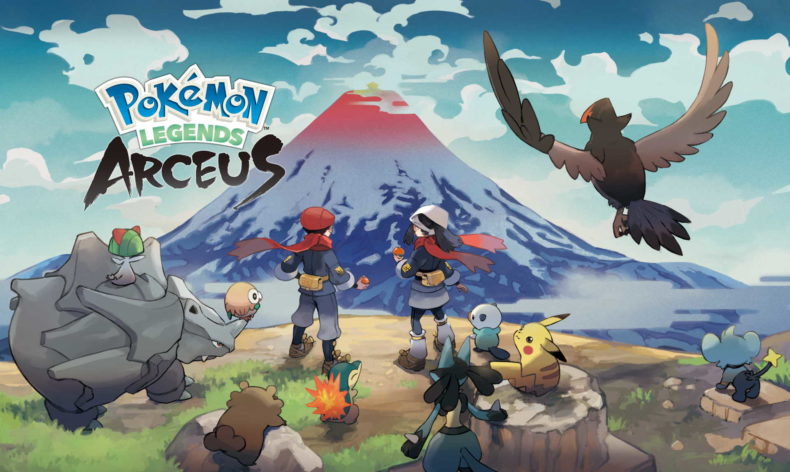 It’s difficult to say this statement without overhyping Pokemon Legends: Arceus, but this is the title I’ve wanted Game Freak to make for the longest time. Fluid, responsive, open to exploration, almost feeling like a reboot of the series: Arceus is an absolute triumph in pretty much every regard. While many seem to revel in Pokemon having rough frame rates, or being “the same as before”, I can tell you that Arceus exceeds all expectations, on almost every front.

So let’s get the bad out of the way first, shall we? Look, this is a nice-looking game in spots. When the light hits areas just right, it reminds me of The Legend of Zelda: Breath of the Wild. But then you’ll spot a wild Zubat in the distance that’s had its frame rate cut to single digits in order to maintain the draw distance and performance of the local area. Or perhaps you might notice that the trees all look identical, and can fade in now and then. It’s a reminder that the hardware it’s running on isn’t as powerful as the competition. It’s very similar to how the recent Monster Hunter titles run on Switch, but overall the frame rate is a stable 30fps, and after a silly amount of hours piled into Arceus, I didn’t notice a major drop in any section of the multiple large maps.

Much has been made of the “open world” (or lack thereof) in the build up to this title’s release, but what it actually contains is multiple locations within the Hisui region that are far bigger than I expected. Each feels like a sandbox of Pokemon joy, offering free reign to explore at will around the vistas, swamps, and forests. It might sound strange, but the ability to sneak up on a Pokemon and just, well, catch it, without combat, is an incredible shift for the series. But it’s not just that; the fluidity of Pokemon Legends: Arceus means you can launch a ball at one Pokemon, then at another, and walk off while the ball does its magic, warping back to you with two fresh catches. 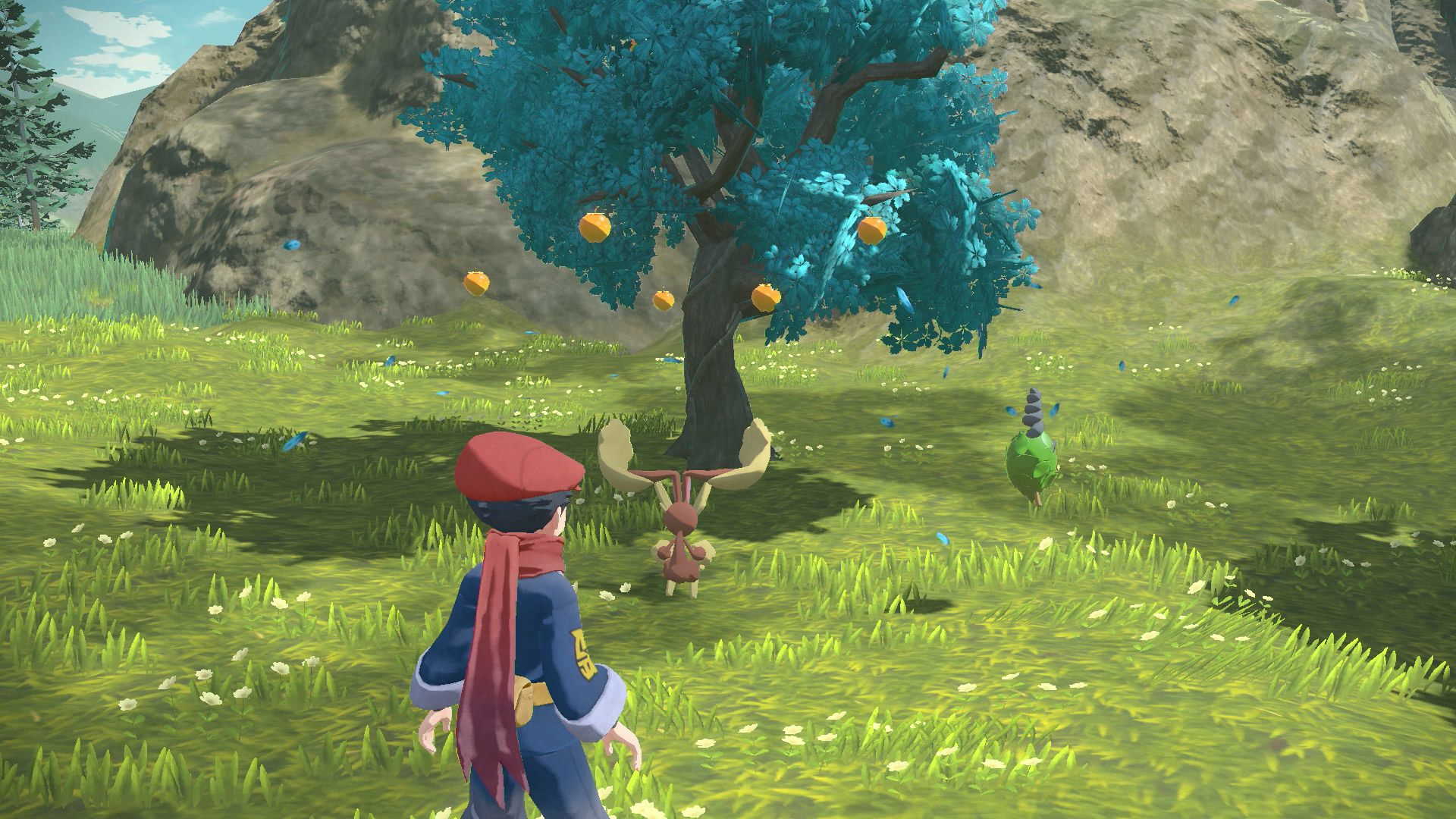 Likewise, you can (and will) throw Pokemon from your party of six at various trees, rocks, and plants to collect them, and again this fluidity means you can launch all six at different things and just carry on with your business. It sounds like a small thing, but it makes everything about the experience feel natural. You can use the absurd amount of items you find in the world to quell wild Pokemon’s rage, or stun them, and you’ll gain XP (which is shared again here) for almost everything you do as you play.

One thing I’ve often complained about when it comes to Pokemon titles is how easy they are. In Pokemon Legends: Arceus I think Game Freak has managed to make the most balanced game in a very, very long time. There are boss fights that are more action-game oriented than RPG-like, and I’d go so far as to say these will be pinch points that many people won’t complete upon the first attempt. 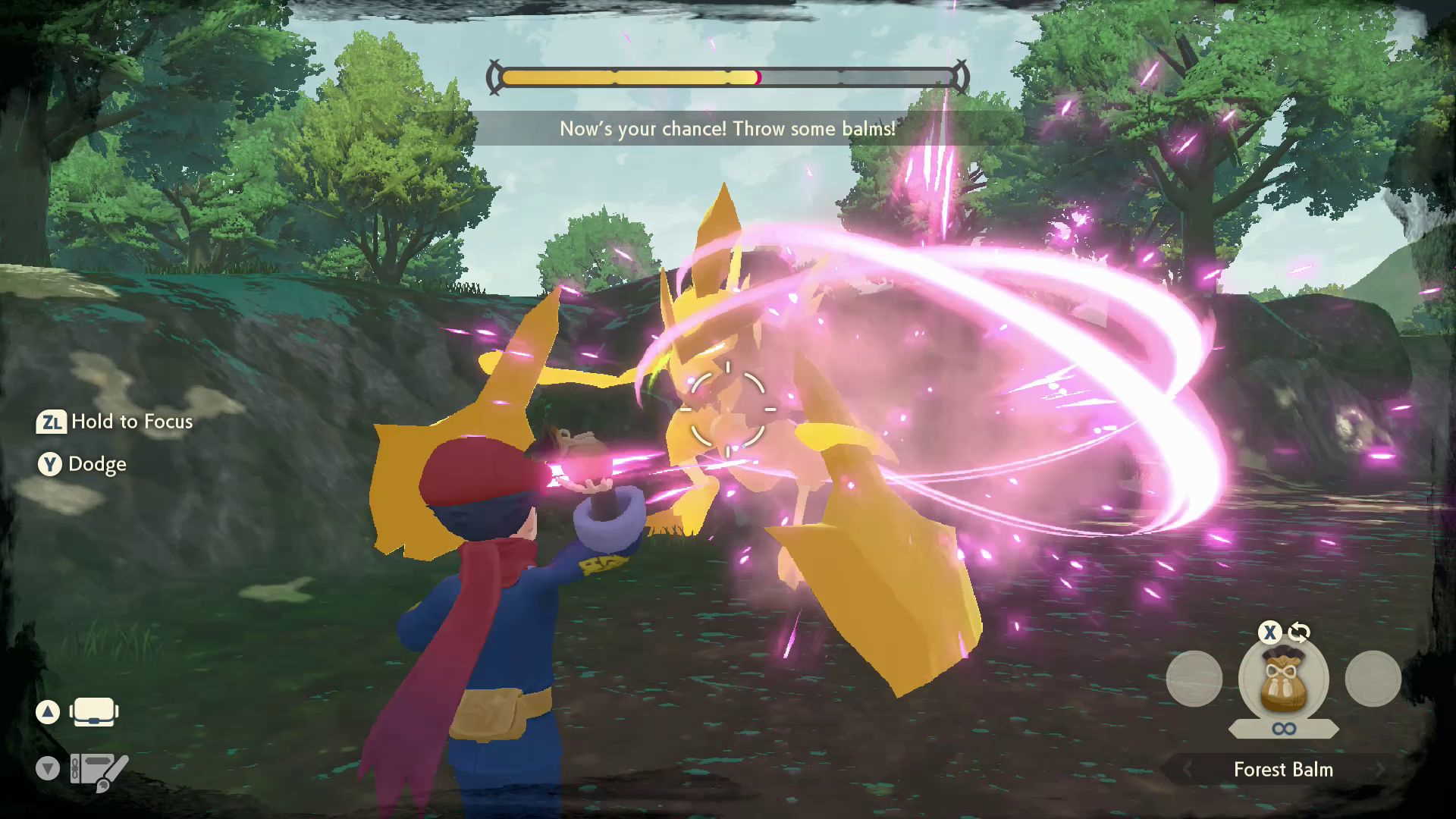 As you progress, so do the Pokemon you’ll encounter, but even in the early game you’ll come across “Alpha” monsters who have a high level and moves you won’t find on their regular counterparts. I wanted to catch them, and was annoyed when one was 20 levels above me. The amount of times I thought “I’ll be back for you later, mate”, and followed through on that, well, it just kept happening.

But the sense of adventure and exploration is only really bettered by the likes of Breath of the Wild. The temptation to just check around the corner, or over that hill to see what lies beyond, is palpable, and it constantly tempts you off the beaten path. Teasing you with a distant image that makes you gasp, thinking you’ve seen or heard a rare Pokemon you haven’t found yet. I might be going mad here, but I’m almost certain the sound for picking up items is directly pulled from Breath of the Wild, and while it doesn’t quite approach that level of quality, I couldn’t put Arceus down even after seeing the credits. I wanted to see everything on offer, and complete my Pokedex, and I haven’t truly felt that way about a Pokemon game in many years. 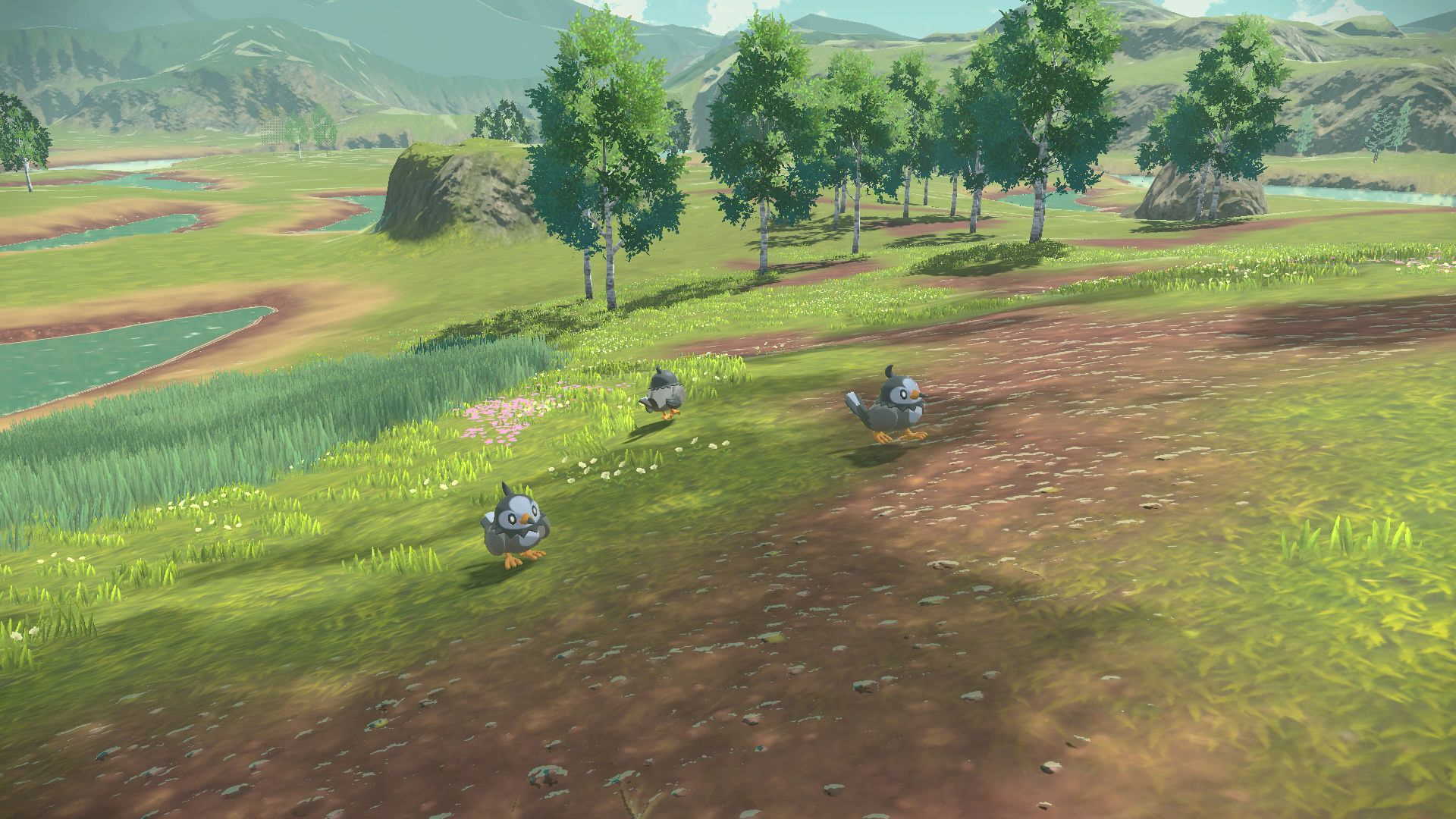 On that note, the Pokedex has had a fairly large change. Every Pokemon in the game has variants, and you’ll need to see certain moves, catch them via stealth, defeat them, feed them, and all manner of other quirky things I won’t spoil here. Doing so will level up your research for that Pokemon up to level 10, which gains you large XP towards an overall trainer level of sorts. As you get higher in this ranking, you’ll unlock new crafting recipes, balls, and the ability for higher level Pokemon to obey you. You can even hold down the left trigger to check a Pokemon’s level before you engage in battle, or throw a ball with the right trigger. It feels intuitive and rewarding.

Yes, crafting, you heard that right. No longer do you have to keep running to shops. Instead you can use the world and its resources to craft balls, medicines, and a lot more besides out in the world. Game Freak never wants you to stop adventuring until you want to. This is a Pokemon game with a world that feels alive like no other before it. There’s no reason for you to return to town and buy balls: just craft and carry on.

So much to do

That said, there’s a huge amount of side quests to do both during the game and after the credits roll. Some are very simple, designed as refreshers for lapsed fans, others are there to test your knowledge of Pokemon and how they act. There are concessions to so many modern ideas in Arceus, and I know people will have feelings about past Game Freak developments, but everything in Arceus is fluid and responsive. You can fast-travel and it’s just not a big deal. You can battle Pokemon, or you can sneak up and not engage them. 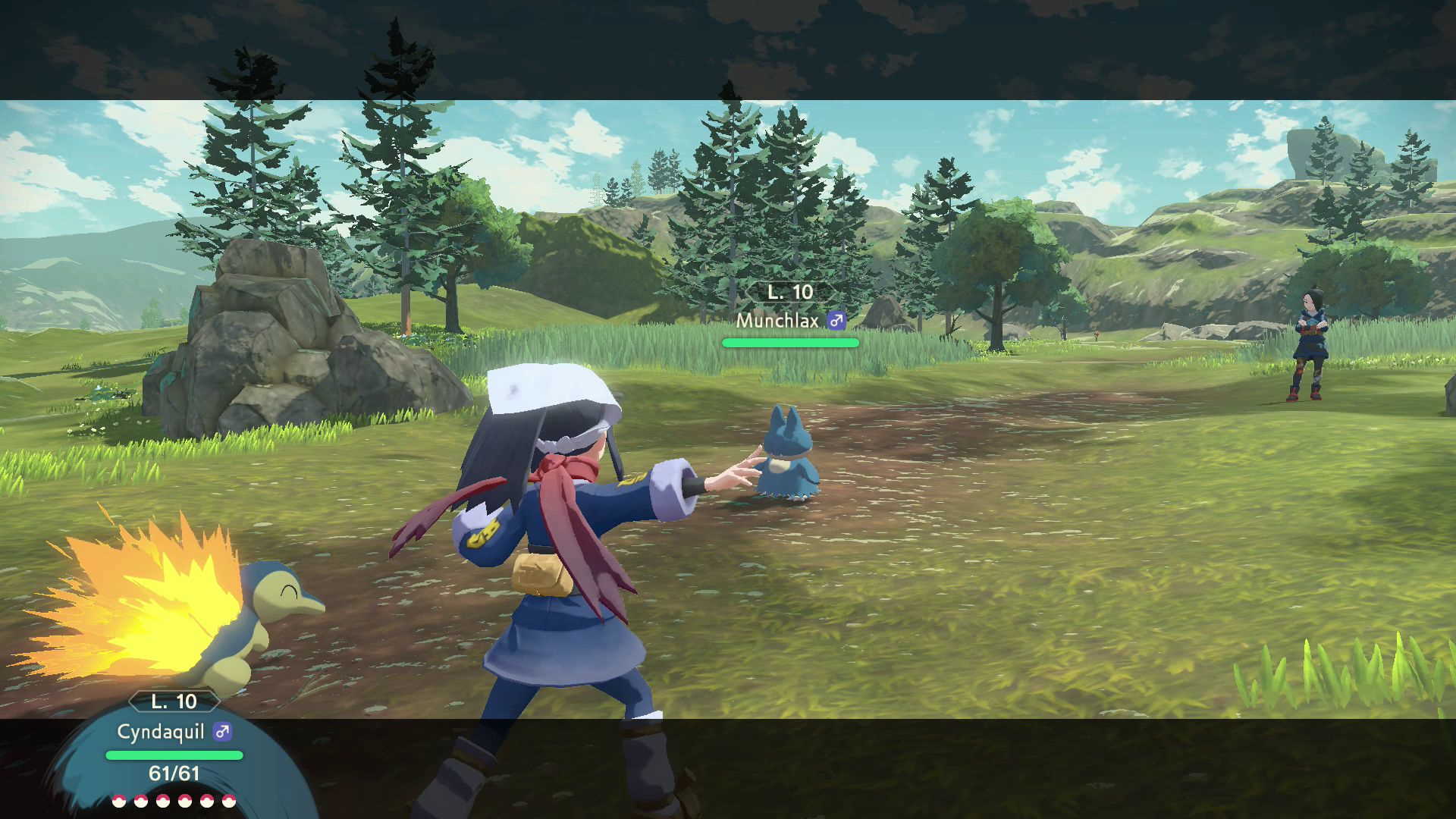 The battles themselves have had a few tweaks which make for a larger shake up. You can use agile or strong versions of mastered moves now which change how the turns play out. Checking the turn order at the touch of a button adds more tactical elements, because the agile moves make you quicker, while the strong ones are, well, stronger, but reduces your turn speed, while both cost more PP.

On top of that, there is no punishment in terms of how you learn moves now. Once learned, you can always access a move. You have four to choose from, but once unlocked you can just check your Pokemon and reorder or re-assign moves based on how you want to spec that particular Pokemon out. 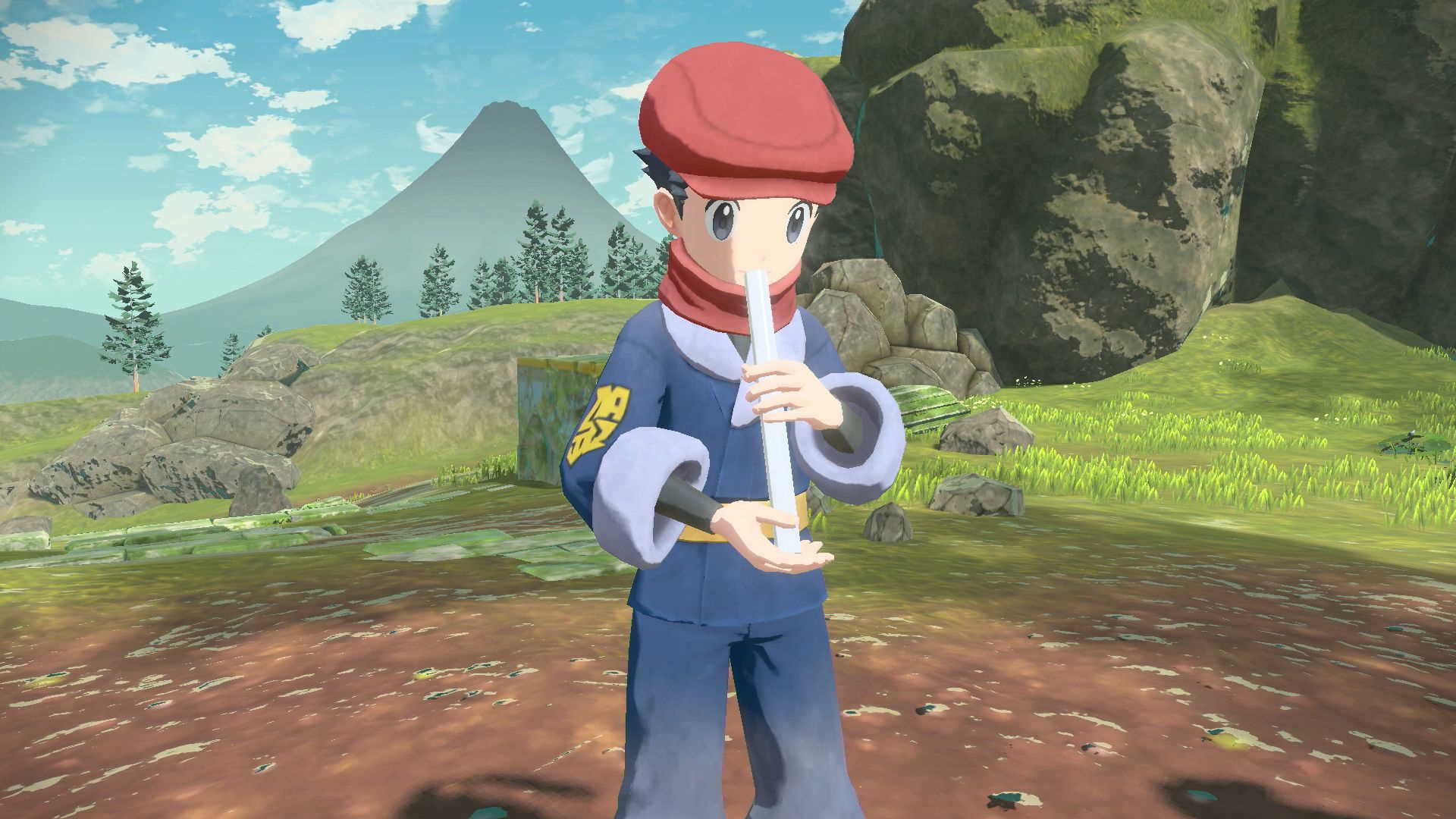 I could go on and on about how modern Pokemon Legends: Arceus feels. I could also bemoan the lack of multiplayer battles, but honestly that’d feel like I was missing the point. This is a single player adventure. You can trade, and you can pick up satchels that people have lost online and returned for “merit points”, but honestly, this is a game about exploration, adventure, and frankly, being at one with the world.

To say Pokemon Legends: Arceus is a surprise would be an understatement. It engaged me in a way few games do, so much so that when it was over, I went straight back in, attempting to see everything it had to offer. I honestly wondered if Game Freak had it in the tank to make a game like this. If this is the future of the series, I’ll be incredibly happy, because this just might be the best Pokemon game ever made, and frankly, I just want to get back to it and uncover those last few secrets of Hisui.

If this is the future of the series, I’ll be incredibly happy, because this just might be the best Pokemon game ever made.