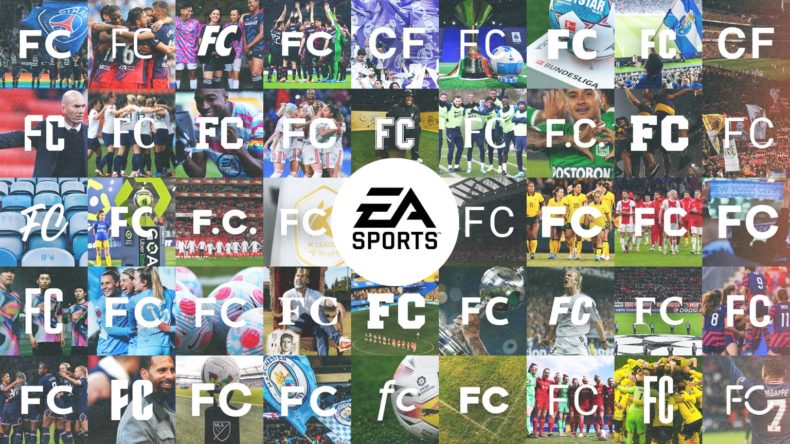 One of the best selling video game series of all time is undergoing a name change, with FIFA to become EA SPORTS FC. News doesn’t get much bigger than this, with this rebranding also allowing EA to focus on new aspects of their football content going forward.

“Today, Electronic Arts Inc. (NASDAQ: EA) announced its world-famous football games will move forward under a new EA SPORTS FC™ brand in 2023. The move will enable EA to deliver the world’s biggest interactive sports experience for its growing community in collaboration with 300+ partners across the world of football.

EA SPORTS FC will be the platform for EA to innovate, create, and grow new experiences.  It will bring more areas of the sport to life, and harness the collective strength of more than 150 million players across EA SPORTS’ global football games – and reach hundreds of millions of new fans in the years to come.

“Our vision for EA SPORTS FC is to create the largest and most impactful football club in the world, at the epicenter of football fandom,” said Electronic Arts CEO Andrew Wilson. “For nearly 30 years, we’ve been building the world’s biggest football community – with hundreds of millions of players, thousands of athlete partners, and hundreds of leagues, federations, and teams.  EA SPORTS FC will be the club for every one of them, and for football fans everywhere.”

EA SPORTS FC brings the strength of more than 300 individual licensed partners, giving players access to more than 19,000 athletes across 700 teams, in 100 stadiums and over 30 leagues around the world. Through EA SPORTS FC, EA will further grow the reach and power of its football licensing portfolio by retaining and expanding the licensed football content, scaling to new experiences, and increasing access through more platforms.  EA will also build on a foundation of inclusivity and innovate in new areas around both women’s and grassroots football for the global community.

The introduction of EA SPORTS FC will not impact any current EA SPORTS global football games, and EA and FIFA are excited to deliver the greatest, most expansive EA SPORTS™ FIFA ever later this fall. Our final FIFA product will also include more game modes, features, teams, leagues, players, and competitions than any previous edition. Fans will be able to experience these innovations across the full EA SPORTS FIFA ecosystem including FIFA Mobile, FIFA Online 4, and eSports.”