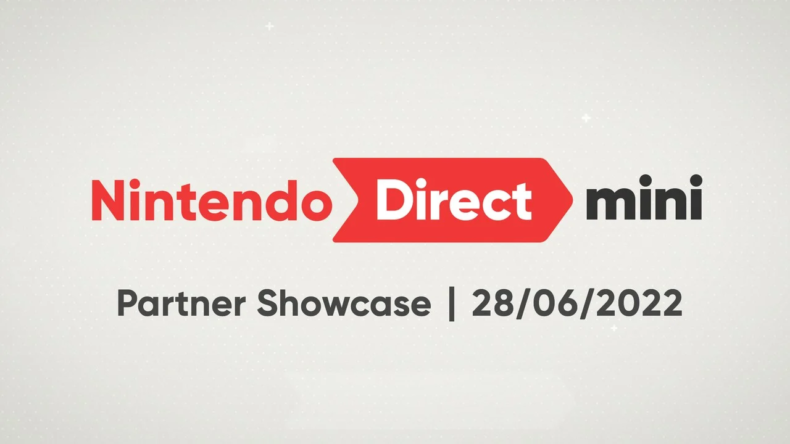 The Nintendo Direct Mini: Partner Showcase aired this afternoon, and there were plenty of announcements for fans to look forward to over the next year. You can read all about them below, and we’ve even included the video for the entire showcase at the bottom. All pre-orders mentioned are via the Nintendo eShop.

It’s not long until Monster Hunter Rise: Sunbreak releases, and we got to see three new monsters, and an impressive cinematic trailer. Players excited to play can pre-order now before the June 30 release date.

For those who may have missed out on NieR: Automata or never got to play the DLC, the Switch will get its own version known as NieR: Automata The End of YoRHa Edition. It’ll come with Nintendo-exclusive costumes and all previous DLC, and release on October 6. Players can pre-order now.

Lorelei and the Laser Eyes

There were some beautiful looking new games announced, with Lorelei and the Laser Eyes being one of the standouts. It’ll feature surreal riddles and a chilling story, coming in 2023.

A sequel to one f the first Switch games ever is coming next year, as Super Bomberman R returns. In the sequel, it’ll feature classic astion-maze modes, alongside a new Castle Mode where teams of 15 players blast their way to treasure chests as a single defending player tries to stop them.

Originally released on the Game Boy Advance, this collection of 10 Mega Man Battle Network games will arrive on Switch in 2023 via two different volumes. It features grid-based combat where players can use devastating abilities, including 1,000 illustrations and a music mode with over 150 songs.

In one of the more random announcements, Switch will be getting a remake of PAC-MAN World, and it’s coming on August 26, 2022.

Blanc follows a fawn and wolf cub in a hand-crafted world that looks stunning. There’s no text to read through, where two unlikely friends form a powerful bond to make it through the wild.

Point-and-click fans, rejoice! Ron Gilbert will be returning to helm the new entry in the series, and it’ll be launching first for consoles on Switch later this year

More footage was shown off for Sparks of Hope, with Bowser now joining the fray. It’ll be releasing on October 20 and you can pre-order now. For those who haven’t played Kingdom Battle, a time-limited free trial is available for all Nintendo Switch Online members.

Another new game, and this one focuses on a young alchemistic called Noah in a casual action roguelite. Dungeon layouts change every time you enter them, and you can recruit allies known as Lilliputs to use items, and challenge enemies and bosses. What’s even better, is that it launches today!

This looks pretty cool, allowing you to build railway systems to transport cargo, and complete various challenges by changing up strategies. It’ll be coming to Switch this autumn.

RPG Time: The Legend of Wright

This meta hand-drawn adventure looks wonderful, as you join aspiring game creator Kenta to save the world. It takes place in Kenta’s notebook, spanning over 200 pages, where drawing, erasing, and problem solving are the key to victory. Pre-orders are available now for its August 18, 2022 release date.

New footage was shown off for Sonic’s latest adventure, with the new location of Starfall Islands as the focus. It’ll be arriving this Winter on Switch.

The free-to-play Disney adventure will be coming to Switch via Early Access on September 6, 2022. While we’re not sure just how much will be available when it arrives, the trailer gave us a good idea, featuring everyone’s favourite heroes and villains.

A demo for LIVE A LIVE is now live, allowing players to travel to three different time periods before the game arrives next month. ANy progress made will carry over when  the it arrives on July 22, 2022.

DORAEMON STORY OF SEASONS: Friends of the Great Kingdom

Manga character Doraemon is jumping into the world of farming. After landing on an unknown planet, Doraemon, Noby, and friends must do all the usual stuff when tending to crops and animals. It’ll be arriving this year.

A trailer was shown of for Mojang’s latest iteration of its successful franchise. It’s not out until 2023, but the trailer did enough to show fans what they can expect.

Follow two siblings as they hunt down treasure in this Dragon Quest series spin-off. It’s filled with cute versions of monsters, and has plenty to do as you venture through the dangerous realm of Draconia. Dragon Quest Treasures launches on December 9, 2022.

It was a triumph, and it’ll more than likely be one again when it arrives on Switch today. Featuring clever puzzles and a darkly humourous story, players will be free to play co-op in Portal 2 via local split screen and online.

Yet another farming sim, Harvestella is where you arrive in Lethe, a peaceful village with colourful environments. The big difference is that the season of Death, Quietus, follows the four regular seasons, and it’s up to the player to stop it. It arrives November 4, 2022.

Atlus will be releasing Persona 5 Royal on October 21, 2022, with the other two coming next year. All previously released content will be included.

Video games are cool. Don't let anybody tell you any different.
MORE LIKE THIS
Monster Hunter Rise Sunbreaknintendo