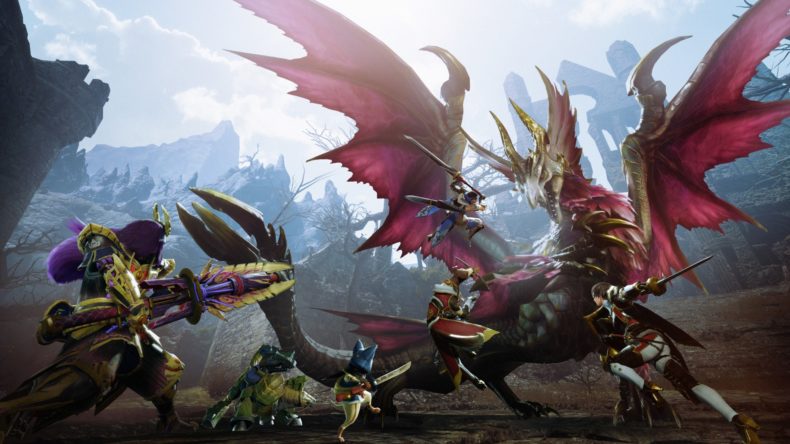 Monster Hunter Rise: Sunbreak is right around the corner, but we’re still not entirely sure what’s coming. However, we’ve seen 30 minutes of brand new gameplay and our appetite is well and truly whetted. It’s fair to say that Monster Hunter Rise has had a bit of a strange journey so far, especially when considered alongside Monster Hunter World.

Initially, a Switch exclusive, Rise launched to worldwide acclaim and almost universal high praise. Despite the story being technically unfinished and the endgame a little one-note, Capcom had built up more than enough good faith with players to weather any early criticisms. More would come, we assured ourselves. More monsters, more events, more gear to grind for.

And it did. But not in the same way it had for World. With only four monsters added so far, Capcom has attempted to keep the nest feathered for 18 months with a slew of Event Quests that offer stickers, emotes, and layered armour. It was nothing new though, besides a few curios like the Sonic event. Even the PC launch brought with it nothing new, yet was still a hugely successful push. No one was “off” Monster Hunter Rise; they just wanted more. 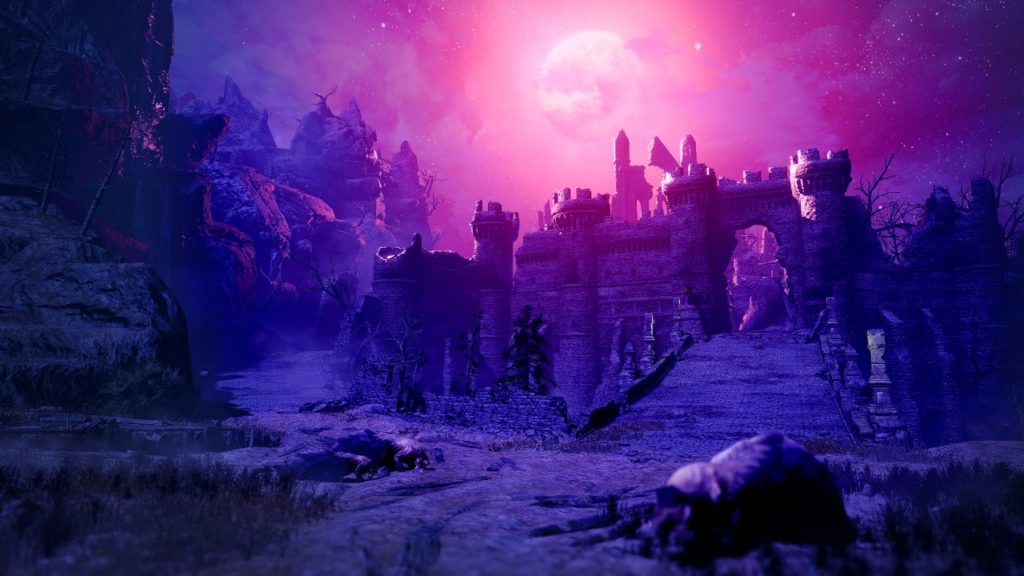 A few months ago, Capcom silenced the calls with the announcement of Sunbreak, a massive new “G-Rank expansion” that will add a new locale, new monsters and gear, a new difficulty rank in Master, and, hopefully, a new endgame grind to chase – though that last part, up to now, is wishful thinking only.

But there are certainly changes coming in Sunbreak. Capcom has been kind enough to show off 30 minutes of Sunbreak gameplay that features new monsters, skills, endemic life and the new zone.

CHECK IT OUT: 15 Beginner’s Tips for Monster Hunter Rise | Guide

The preview starts with the hunt for a Lunagaron, a frost-based monster that’s like a hybrid of Tobi Kadachi and the Odagaron. It’s fast, and is able to stand up on its hind legs when enraged, which extends its reach and damage. During the fight, we see the first use of the Marionette Spider. This new special creature is similar to the Puppet Spider, but instead of silk-binding the monster is able to pull them down or even drag them out of the sky. As we move into Master Rank we can expect to see monsters that counter our usual tactics, and so this little beaut is likely to prove useful. 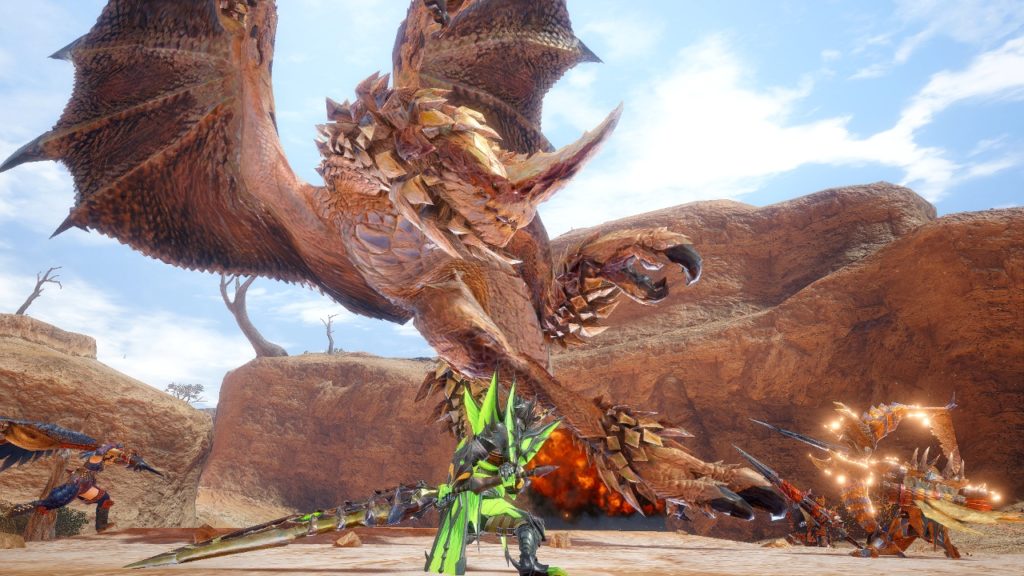 Gold and Red wirebugs are also new to Monster Hunter Rise: Sunbreak. The former increase your ability to bind monsters and extend the duration you can stay mounted, while the latter increase the damage dealt by the monster you’re riding. This is obviously a tactic to help against monsters with boosted health and damage in the Master Rank hunts.

We’re also briefly introduced to a Grangolm, a massive armoured ape-like monster. It disturbs the Lunagaron hunt for a moment before ambling on, so we didn’t really get to see it in action. It is huge though, like a Rajang and a Barroth had a very angry baby.

Keeping the spoilers to a minimum, the rep playing the game jumps to the new hub of Elgado, where they craft a set of Lunagaron armour (Master Rank armour is designated X as opposed to S) and change from Heavy Bow gun to Switch Axe to hunt a Seregios. Returning from MH4U, the Seregios is flying wyvern that combines elements of a Rathian with a Tigrex. During the fight, it inflicts the tweaked Bleed debuff, which now requires a Well-Done Steak or Immunizer to remove. Or you can just sheath your weapon and squat like in Monster Hunter World. 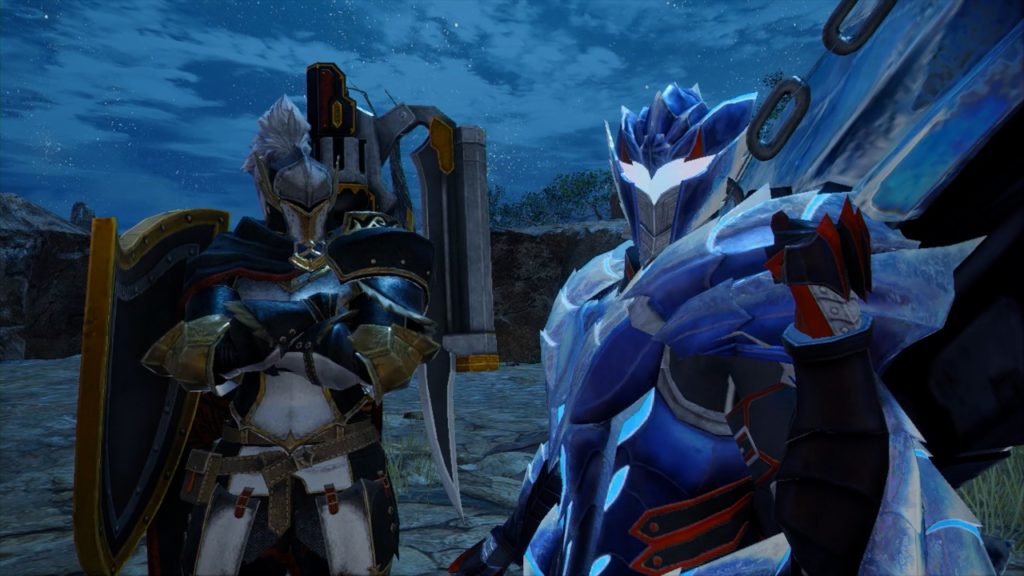 Perhaps one of the most interesting elements of the preview was the introduction of Follower Quests. As previously confirmed by Capcom, these special events allow you to take NPC companions out with you on hunts. To chase down the Seregios, the rep took grizzled veteran Arlow along, to provide offensive support during the quest. Exactly what capabilities these followers have, or how many there will be, isn’t confirmed yet, but it’s a cool addition nonetheless.

Another positive quality of life change is the inclusion of a button guide at the foot of the screen. With so many different combos for silk-bind attacks across the 14 weapon archetypes, a guide will massively benefit some players. It’s almost certainly something you can turn off if you don’t want it there though.

While we still don’t know what the endgame will be and have only seen a few of the promised 46 additional monsters, Monster Hunter Rise: Sunbreak looks to be following the tradition of other G-Rank expansions in massively extending the life of the game with a ton of new content.

Senior Content Editor Mick has been playing games for over 30 years and writing about them for around 12. After drifting from site to site for a while, settling briefly at the now-defunct Made2Game and freelancing for the gone-but-not-forgotten NintendoGamer Magazine, he came at last to rest at Godisageek. Mick has been a reviewer, staff writer and content editor here for some time, while also moonlighting a little for Red Bull Games. He has 4 kids, has written 2 novels, and sometimes even manages to pay a bill or two. You'll usually find him defending the galaxy in Destiny 2, battling evil in Diablo 3, or lurking in the background on Twitter. Find him there @Jedi_Beats_Tank, or on XBL (JediWaster247), PSN (Jedi_Waster) or Nintendo (JediWaster).
MORE LIKE THIS
CapcomfeatMonster Hunter RiseMonster Hunter Rise Sunbreak