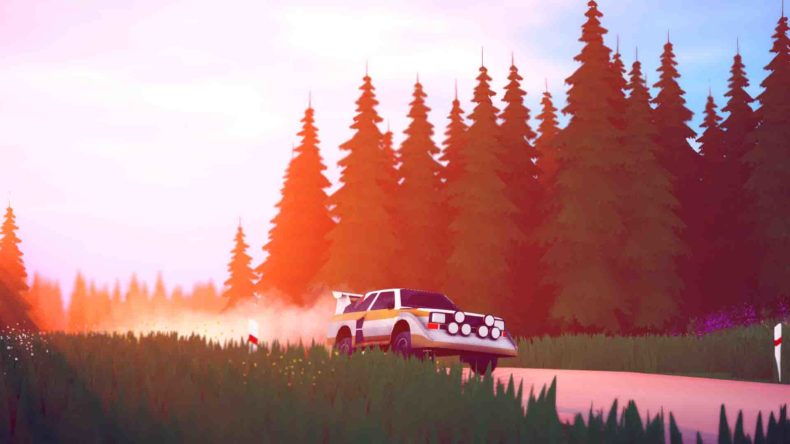 Art of Rally developer Funselektor has announced the “Indonesia” update is coming on September 22nd to PC, with consoles shortly afterwards.

The “Indonesia Update ” will be the 5th major free update to art of rally since the game first launched back in 2020, and will add 6 brand new tracks, as well as a new free-roam area for you to refine those power slides in peace and two brand new songs.

When we reviewed Art of Rally back in 2020, we really liked it, with Gary Bailey giving the game 9/10 and saying ” Funselektor’s art of rally is easily among the best of the year’s offerings, and one that I see myself returning to again and again. Do yourself a favour and do not sleep on this game”.

The Switch version fared slightly less well, however, with Sean Smith saying in August 2021 that “f you fancied this on your Switch and cannot enjoy it on a PC, you should wait a wee while to see what happens in terms of patch. This is simple because there are some performance issues. Oh, and art of rally Switch is considerably more expensive, to boot”, and dropping the score for that version down to a 7/10 due to the technical issues.

If you want to play the Indonesia update and are heading to EGX in London, you can play the update there without needing an appointment, but of course the update itself is going to be free so if you already own it, don’t feel the need to go buy tickets just to play it, as they both happen on the September 22nd.