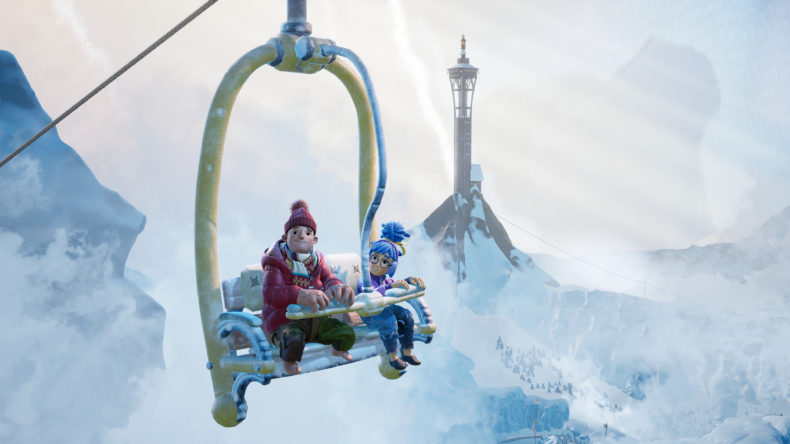 During today’s Nintendo Direct, it was announced It that Takes Two, the hugely successful platformer from Hazelight, will be arriving on Nintendo Switch November 4 this year. The delightful two-player game released to critical acclaim, winning multiple game of the year awards back in 2021, including ‘Nicest Surprise’ and ‘Game of the Year’ in our own end of year deliberations.

It Takes Two sees you play with a friend in the roles of two parents on the brink of divorce, who get turned into tiny dolls by their daughter. It’s a heartfelt and moving tale that features some incredible level design and mechanics, pushing the boundaries of the genre and providing plenty of laughs along the way.

Mark down Nov 4th in your calendars and get ready to co-lla-bo-rate💥 pic.twitter.com/fW4UugUY1n

It’s cool to see it come to the Switch, as Fares told us in an interview last year about his and the team at Hazelight’s love for the console when we talked about the studio taking a different path from A Way Out. “Look, I’m a big Nintendo fan, and many of the team are action platformer fans. For us it felt natural to go this way. It was hard work, but from a design perspective it was a dream come true. One thing that is very important is not just the fact you keep the experience variated, but that it connects with the story.”

We gave It Takes Two a resounding 10, saying, “It Takes Two is without a doubt one of the best platformers I’ve played in the last decade. The level design is incredible, and the amount of ideas in terms of its co-operative elements make every second of it so much fun to play. It’s a fairly long game, and the fact that it never gets dull makes it great value for money, especially with the ‘Friend Pass’ option. As soon as it finished, I wanted to play through it again, and with both May and Cody having different abilities, it provides another reason to dive back in for a second time. There’s so much I wanted to talk about, but those moments deserve to be experienced for yourselves. Please, if you play any game this year, play It Takes Two. You won’t regret it.”

Pre-orders are available now before the game releases on November 4, 2022.

Video games are cool. Don't let anybody tell you any different.
MORE LIKE THIS
hazelightIt Takes Twonintendo switch