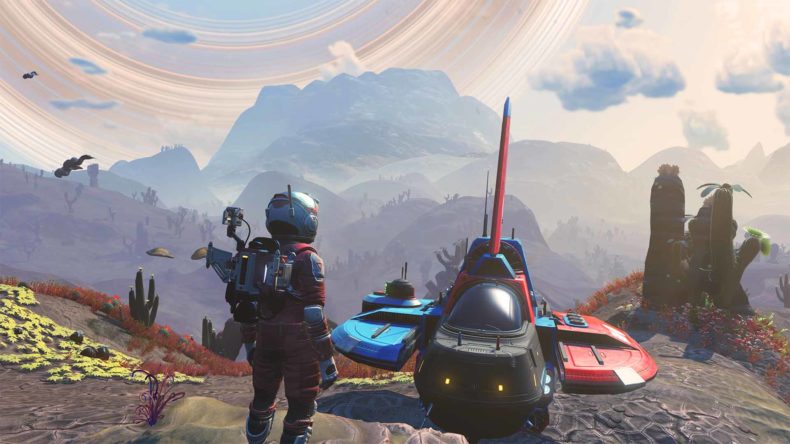 No Man’s Sky has gone from strength to strength recently, and today sees the game come to Switch along with the 4.0 update, called “WAYPOINT”.

Waypoint marks the 21st major free update and is, according to Hello Games “a reflection on the past but also lays the foundation for the future”. 2022 has already been very busy for the studio, as No Man’s Sky has had the Sentinel update, Outlaws, Leviathan, and Endurance, along with other expeditions as well.

While the 4.0 update is launching at the same time as the Nintendo Switch version of the game (which we’ll bring you coverage of later), this Waypoint update is of course for all formats: PC (including Steam Deck), PS4, PS5, Xbox One, Xbox Series S|X, and even the VR versions of the game. Waypoint brings “an overhaul of design and balance, including inventories, milestones, cataloguing and game modes. It also introduces hundreds of community-favorite quality of life improvements, both macro and micro”. It’s worth noting that the Waypoint update has been pushed back a few days while it passes through Nintendo’s certification process, but other formats should get it today.

Inventories have been overhauled, with ships, weapons and players having their level cap greatly increased. Survival, crafting, combat and controls can now all be customised to cater for travellers’ unique play styles.

Relaxed mode brings a new focus on sandbox exploration for travellers old and new. Meanwhile returning players are welcomed by a new information portal with a summary of their goals and progress.

Hello Games says that “this is hopefully the best time to be a No Man’s Sky player, whether you are a new explorer who benefits from our Relaxed Mode, a returning player who is welcomed back by a more cohesive gameplay experience, or a core player who is excited for the increased level cap and hundreds of quality of life improvements. The leap from version 3.0 to 4.0 is perhaps our biggest generational jump so far. It’s an exciting moment, and marks a solid foundation for future updates”.

Of course the Switch version alone is reason to celebrate, so here’s a launch trailer:

No Man’s Sky is out now on pretty much everything apart from phones.