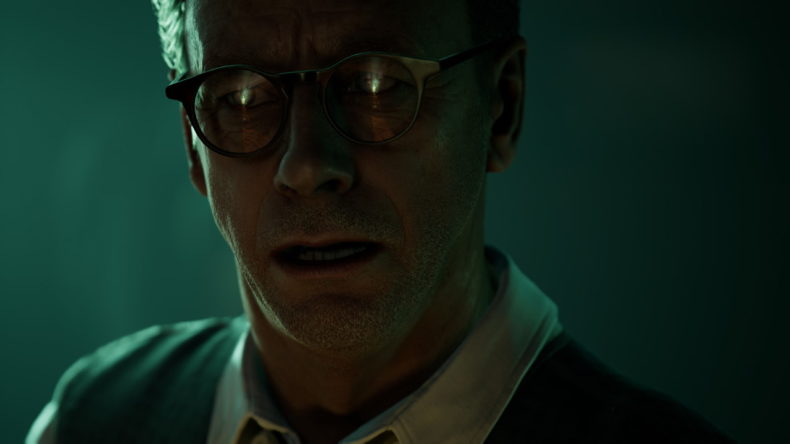 As someone who’s played and reviewed every game in The Dark Pictures Anthology, I’d like to think I know what to expect. You begin to spot the patterns and get a feel for how things will go. Dare I say it, there’s a danger that the games don’t have the impact they used to because you’ve seen all the tricks before. How delightful then, that The Devil in Me, picks up all my egotistical comfort, and throws it out the window. I’m sitting here curious, on edge, and scared. And I bloody love it.

The setting for this entry in The Dark Pictures Anthology is the Murder Hotel. It’s a tourist attraction said to mimic the original Murder Castle of H. H. Holmes – an American serial killer. A group of five filmmakers seize on the opportunity after being invited to the place. They plan on filming a successful documentary to relaunch their careers. As you can probably tell, things don’t go according to plan, and before long the group finds themselves trapped in the Hotel, fighting for their lives.

The preview build I played was just over an hour in length, towards the beginning of the game, before the ante has truly been raised. That being said, during this time, I feel like I’d experienced a lot of “game” with plenty to see and experience. The Devil in Me is the longest Dark Pictures title to date, with a playthrough clocking in at 7 to 8 hours. My impression from what I played is that this isn’t due to filler. In fact, I’d controlled four of the five characters in that time, and been shocked and scared in a variety of ways too. 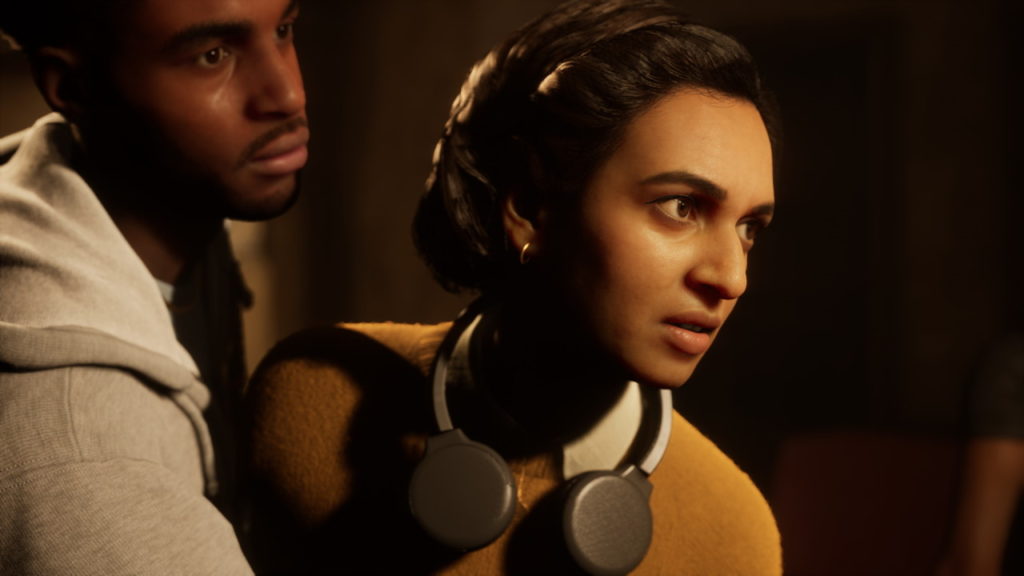 You see, the setting of the Murder Hotel really does amplify your horror experience. As a player, you know you are being watched, controlled, and manipulated even before the characters fully realise it too. Their lives are potentially in the balance at any moment and at the whim of an unseen and unknown presence. You’re being tested, required to make difficult decisions like you’re starring in your own version of a Saw film. The narrow hallways of the Hotel hark back to the similarly tight corridors you face in Man of Medan, and the decisions gave me a very Until Dawn vibe in their poignancy. And I know such decisions will only likely get tougher when the full game lands.

There was a lot of creepy, unnerving content too. Look away now if you’re not a fan of animatronic robots, giving off a pseudo-human vibe, feeling like they’re staring into your soul, plotting, knowing. One scene, in particular, felt like you’d walked straight into a scene from The Shining. In a later scene, I had to wander around the hallways with a microphone picking up random and unnerving sounds like crying and screaming before the lights went out and I had to rely on the faint light from the microphone itself and pick up weird sounds whilst trudging around blind corners. Meanwhile, the Hotel corridors themselves seem to move when I’m not looking, meaning I can’t retrace my steps, or get the comfort of light or a familiar room. Then there are some jump scares, and blood later on too. It’s intense. And it sets things up beautifully. 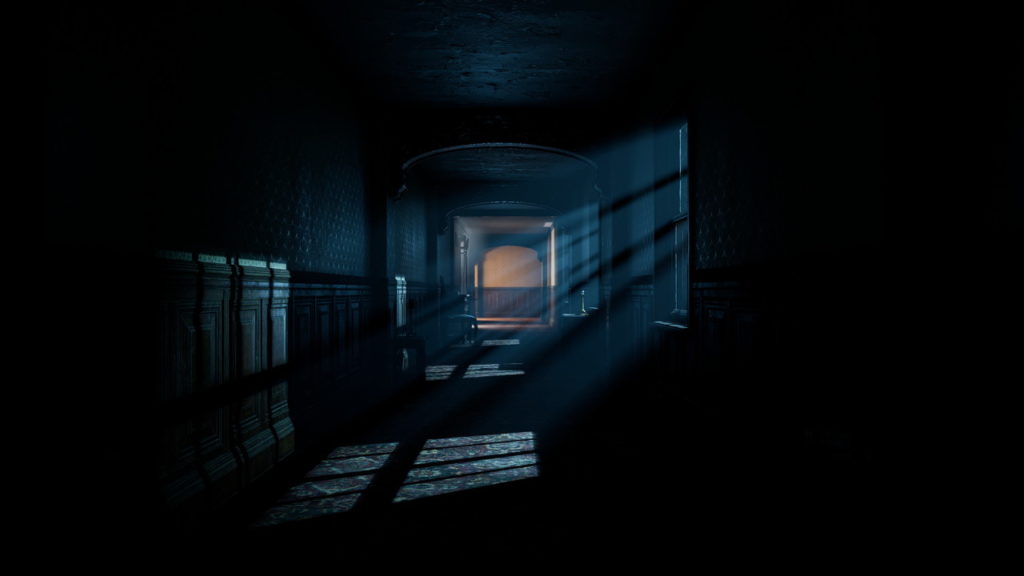 Away from the scares, the new movement actions implemented in the Devil in Me were on display too. Characters are pushing and pulling objects, crouching under obstacles, jumping over gaps, and vaulting through windows. Nothing ground-breaking, but it’s an interesting juxtaposition to the slow creep during the tense sections, and allows you to explore areas in more interesting ways than the series has had before. There are also more things to see and collect, Bearings are back highlighting key decisions that affect the overall story, and the pre-emptive Pictures that show you glimpses of a potential future are still as thought-provoking as ever.

Needless to say, the preview build for The Devil in Me has me excited. In a “blimey, let me catch my breath” type way. It has lots of ideas, and they’re all on display from this early part of the story, and they seem to fit well into the overall horror narrative that The Dark Pictures is known for. The proof as always will be in how the story itself holds up, but also whether these new mechanics and features still feel interesting and integrated by the end of the game. The good news is, there isn’t long to wait to see the Murder Hotel in all its glory.