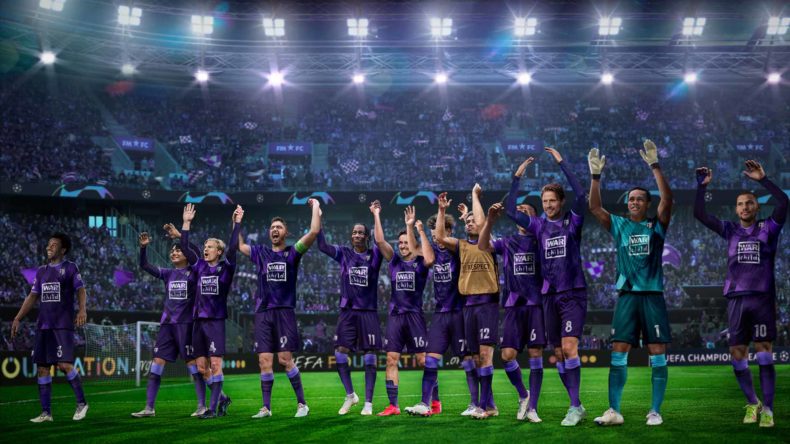 Apple has detailed some of the titles coming to Apple Arcade this month, and it’s got some potential bangers joining the subscription service, thanks to the likes of Football Manager 2023 Touch, and SpongeBob SolitairePants.

Football Manager 2023 Touch is coming to Apple Arcade on November 8th. “Football Manager 2023 Touch is enhanced for mobile, with speedier seasons and a focus on the managerial essentials. Don’t build a team, create a dynasty in this unrivaled football simulation game that brings players closer to every aspect of the Beautiful Game. Experience the closest thing to being a real football club manager by taking charge of the world’s greatest football teams. Players can write their own football story and live out their dreams”.

We don’t have a “best name” category in our Game of the Year lists, but if we did, SpongeBob SolitairePants would almost certainly win. That one is coming on November 25th.

Join SpongeBob in a unique take on solitaire, with three fun game modes. Adventure through Quest mode where each level offers new challenges straight from the depths of Bikini Bottom. Players will be presented with a variety of objectives like building a Krabby Patty or catching Jellyfish — all the while making sure they play their cards correctly. In Classic mode, players are dealt 52 cards with the goal of revealing all the cards by stacking them in sequence. Battle Mode pits players against other players from around the world in real-time matches. Each player races to clear their cards while playing on the same squares — with opportunities to sabotage their opponents. With daily contests and ongoing leaderboards and achievements, players can compete with friends to see who is the best player in town.

Apple is also adding two titles to its App Store Greats collection, “making popular and critically acclaimed games from the App Store available to Arcade subscribers — featuring no ads or in-app purchases. Battleheart Legacy+ is a captivating action fantasy RPG with deep customizations, and Old Man’s Journey+ is a serene and whimsical puzzle adventure about life, loss, and hope from Vienna-based developers Broken Rules (creators of award-winning Arcade game and ecological adventure, Gibbon: Beyond the Trees)”.

Apple Arcade has a free one-month trial available, or you can pay £4.99 a month for access to the 200+ game library. You can also get it as part of the Apple One bundle, which gets you things like Apple TV (so you can watch the best TV show ever, Ted Lasso), Apple Music, iCloud+, Apple News+, or Apple Fitness+.