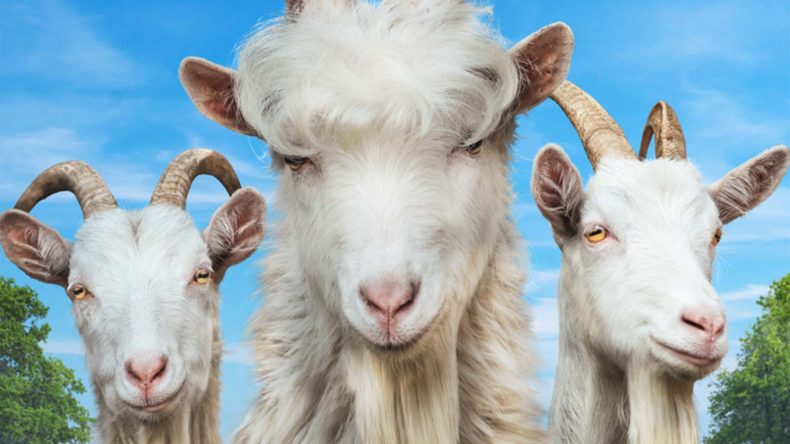 Coffee Stain has announced that Goat Simulator 3 is now available, and put out a new trailer showing off the game to celebrate that fact.

The new launch trailer is below, which pretty much sets the tone. A goat with its tongue out, on the phone, that eventually chairs a meeting at Goldball Sachs, then destroys everything in its wake before jumping off a cliff in a glider. It’s out now, of course, on PC (exclusively via the Epic Games Store) and on PS4, PS5, Xbox, and Xbox Series S|X.

The trailer also shows off the fact it seems more mechanically dense, with vehicles “drivable” and rails to grind on.

Santiago Ferrero, Creative Director at Coffee Stain North said: “The time has come for us to ask people nicely to buy our stupid game. I can’t tell you if Goat Simulator 3 is worth the money, but I can tell you we sure spent a lot making it, so toss a coin to a developer and help us out because we have so many more silly ideas we want to unleash onto the world! On behalf of everyone at Coffee Stain North, we’re sorry or you’re welcome depending on what you think!”

Recently Goat Sim 3 also announced a Fortnite crossover, which you can read about here.