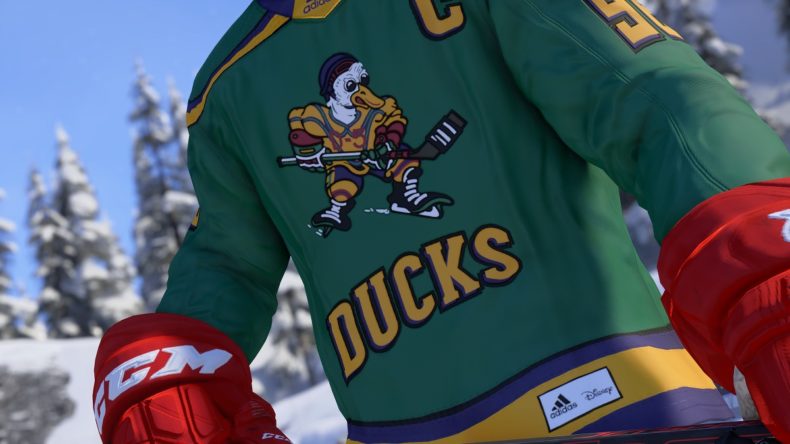 To celebrate the 30th anniversary of the movie The Mighty Ducks, NHL 23 will see a host of exclusive in-game content added for free. Detailed in an official blog post, a variety of jersey, skates, and an ICON choice pack will be added to the game for players to collect until January 2, 2023. As long as you log in from now until this date, the below items will be available as part of the ‘Fly Together’ update.

The in-game items available are as follows:

We reviewed NHL 23 last month, and said, “NHL 23 is a significant improvement from last year’s entry into EA Sports’ ice hockey series. The improvements to gameplay with the inclusion of last chance puck movements and enhanced AI feels much better than it ever has before. Simple changes like goalies reacting quicker and general movement on the ice feeling more fluid help to make gameplay the best it’s been in years. Implementing women into HUT is a much needed feature and it’s great we’ve finally see it happen. With real-time crowd reactions, atmospherically enhanced lighting shows and celebrations being fine-tuned and built upon, and a general polish to every facet of the game make’s this year’s title a must play for fans of the sport.”

Video games are cool. Don't let anybody tell you any different.
MORE LIKE THIS
ea sportsNHL 23