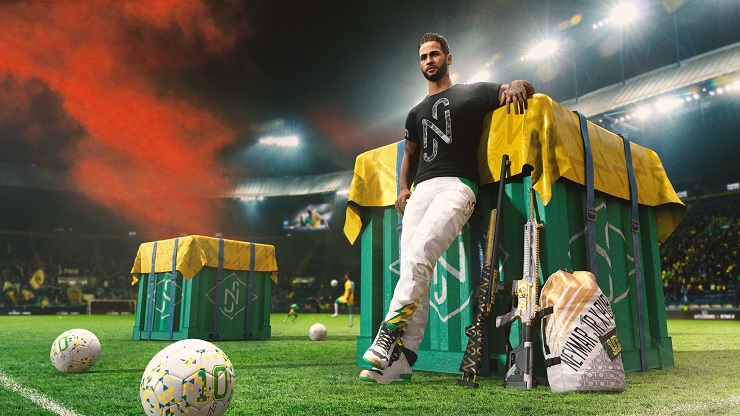 Brazil and Paris St. Germain footballer Neymar Jr is getting new in-game items in PUBG: Battlegrounds to celebrate their ongoing partnership. As the PUBG: Battlegrounds‘ global ambassador, the footballer has been a passionate devotee of the game, and as a result, he’s helped to create a host of cosmetic items that include the Neymar Jr appearance, helmet, backpack, weapon, spray, emote, and more.

To coincide with the unique Neymar Jr cosmetic items coming to PUBG: Battlegrounds, a special drops event for all players will be going live between November 22 and December 4, where players can complete daily missions to collect and exchange points for various Neymar Jr items below:

There will also be a chance for players on all platforms to win a signed Neymar Jr football for those completing Daily Missions during the event.

KRAFTON recently announced the PUBG Awards Europe 2022, celebrating the core community of PUBG players and bringing their creations to their official platforms. Players will be able to submit their gameplay clips in five original categories for a chance to have them shown during the ceremony, hosted by PUBG Partners WackyJacky101 and TheBeardGuys on Twitch.

The winners with the best clips will receive physical and digital prizes that’ll be chosen by the audience. Clips can be submitted between November 21 and December 5 through Twitter, Instagram, and Facebook using the hashtag #PUBGAwards22, along with the hashtag of the relevant category. The five categories are as follows:

Video games are cool. Don't let anybody tell you any different.
MORE LIKE THIS
KRAFTONneymar jr.PUBG Battlegrounds