While the Marvel’s Midnight Suns Scarlet Witch challenge will come late in the game, it’s a surefire way to unlock one of the best cards in the game. Wanda is one of the best characters in the game, due to her ability to control other enemies, hit multiple enemies at once, and even stack damage cards by buffing herself. Add to that the fact she can heal with certain cards too, and she’s just brilliant.

To unlock her best ability card you’ll need to complete the Midnight Suns Scarlet Witch challenge, which can be tricky. The combat here is puzzle based, not purely damage, and you given you’ll start with not enough cards to do the job, our guide will walk you through how to complete the puzzle. 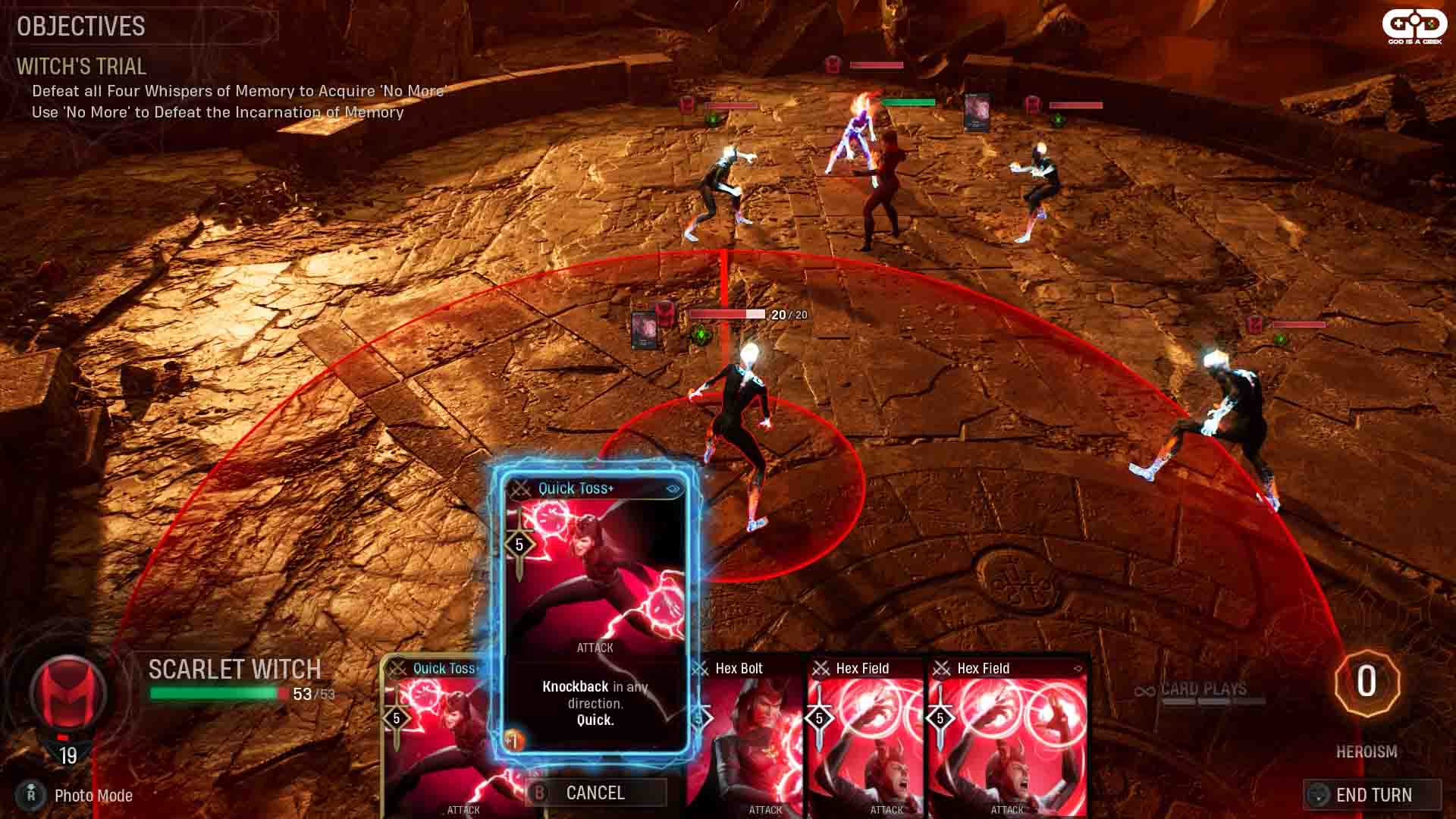 The first thing you’ll need to to is ignore the enemy that is out of the way slightly, and focus on getting the four whispers of memory close together. A specific sequence will be required to net you the cards they hold, and do the right damage. First, use a “Quick Toss+” and drag the bottom left enemy toward the top one. Then repeat this step with another “Quick Toss+” to get the bottom right enemy next to the top right one. These attacks won’t do damage to the non-targeted enemies, but they will get them all close together. 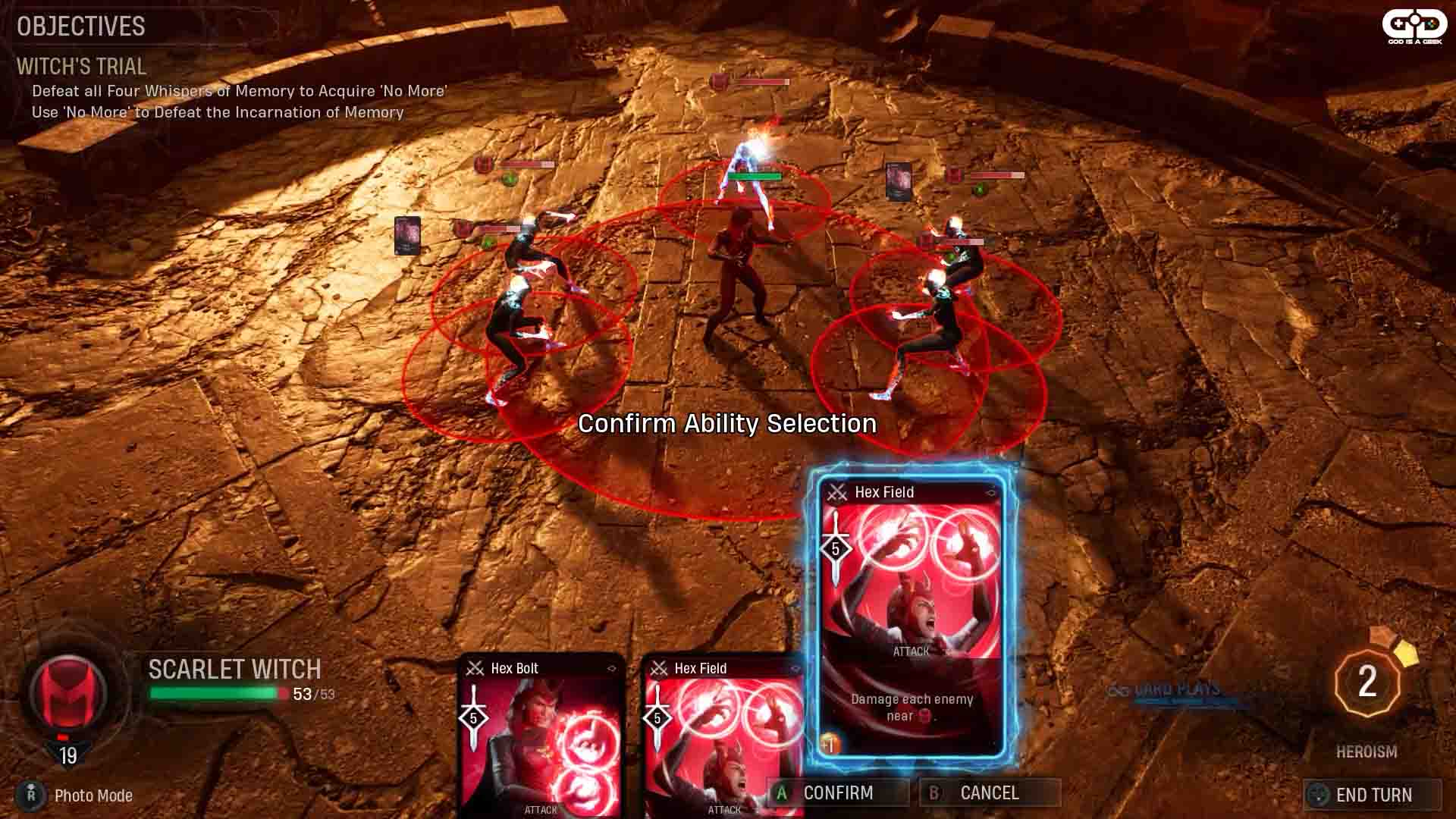 If you’ve done it right, the enemy configuration will look like the image above, and you can use “Hex Field” to do damage. After that has been used, attack the bottom left enemy with “Hex Bolt”, as below, which will kill it and net you a new “Hex Bolt” card. 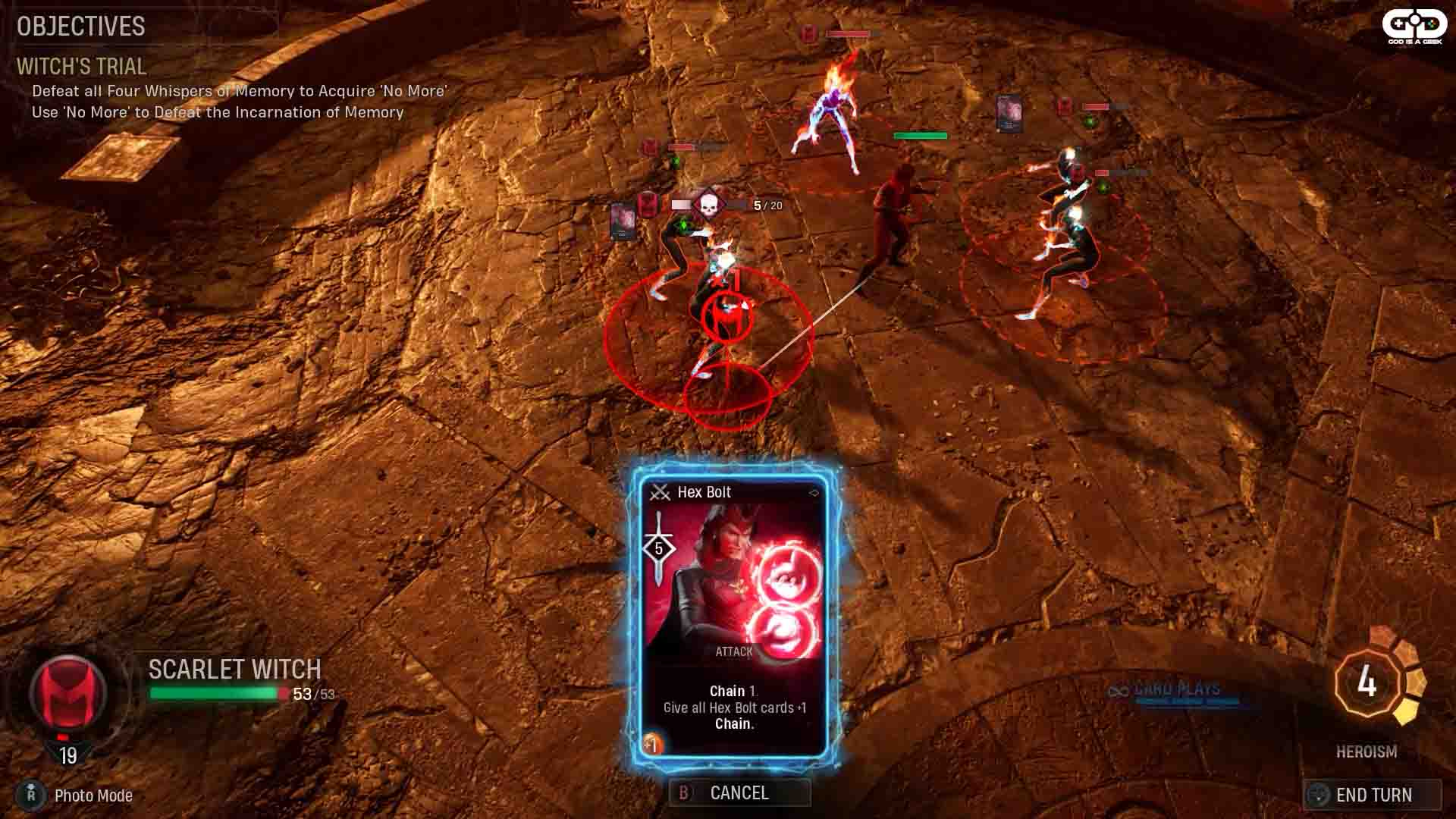 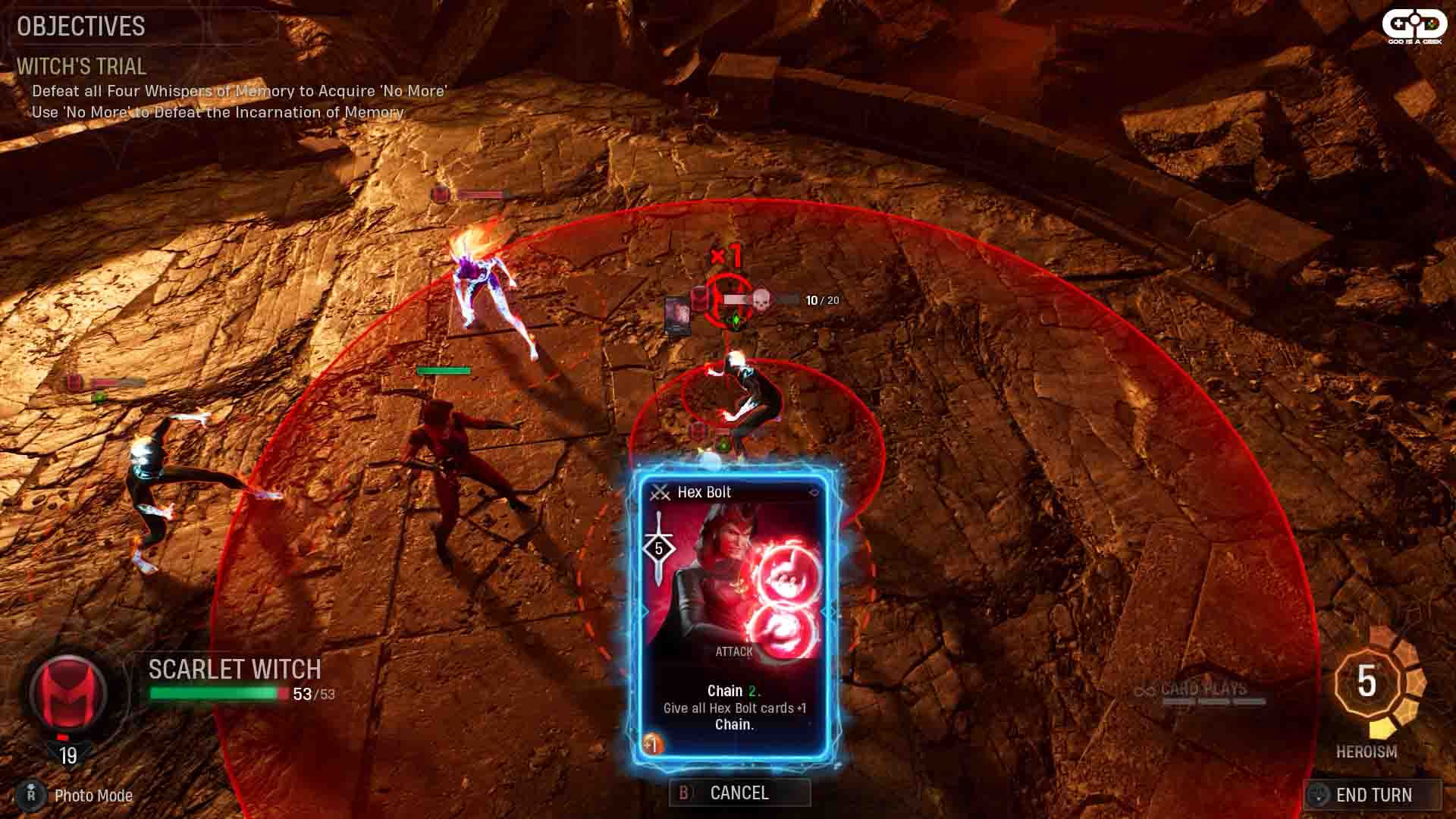 With this last Hex Bolt card in hand, due to the amount of them you’ve used, it’ll now chain 3 attacks. Use the first attack on the RIGHTmost enemy, then the second AND  third attack on the far LEFT enemy, killing both in the process. 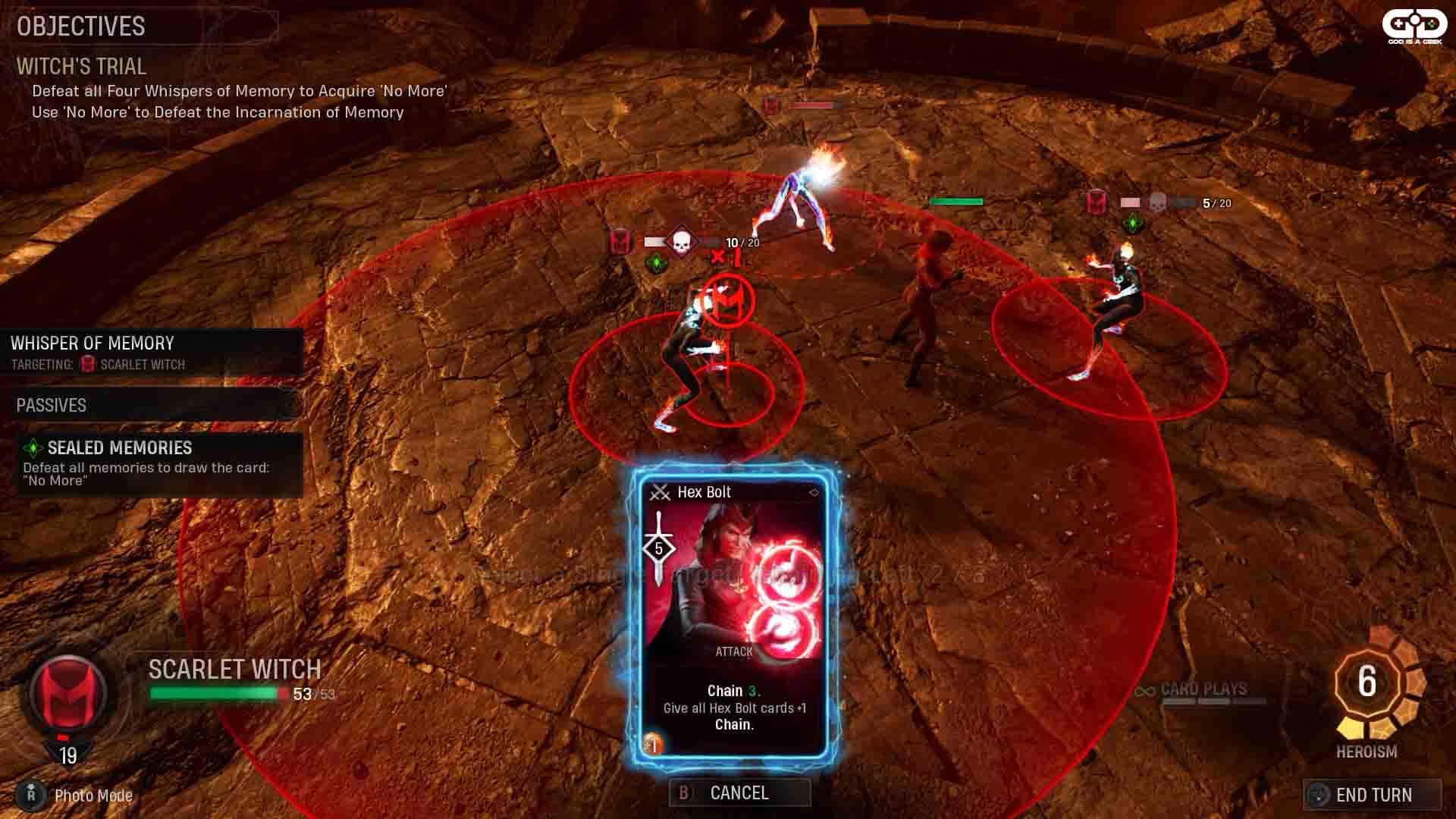 Now you’ll have the “No More” heroic card in hand, which will easily kill the final enemy in one go. Congratulations, you’ve done it! 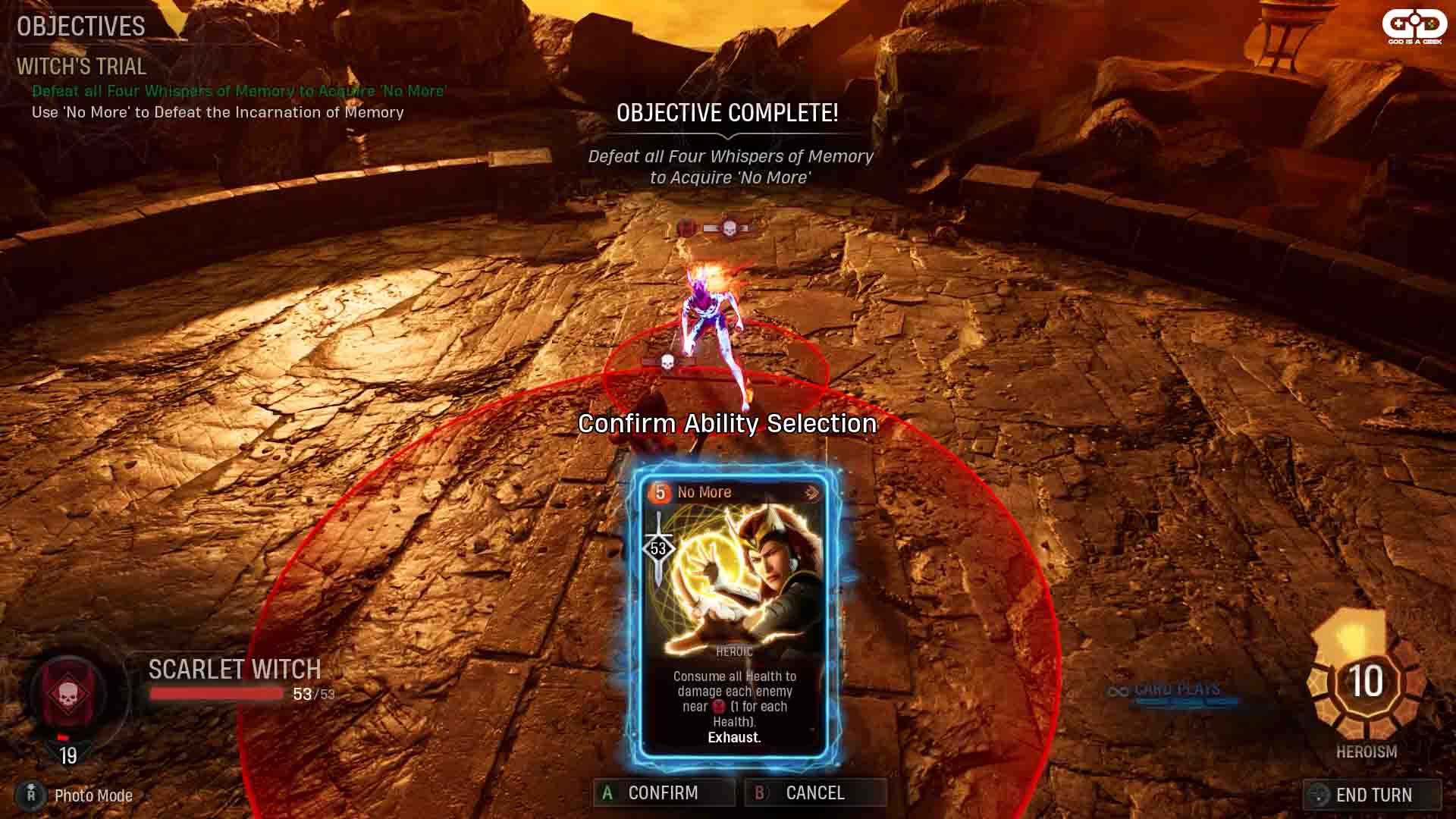 If you’re still struggling, there’s a video guide below showing how to solve it. Here’s a full playlist with all the challenges solved.