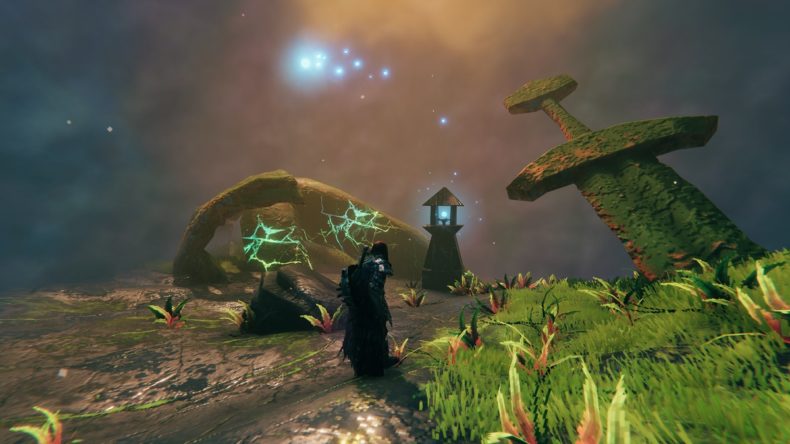 Coffee Stain Publishing and Iron Gate have officially released Mistlands, the latest update to come to their hugely popular survival game, Valheim. To coincide with its release, a new cinematic trailer by BRIKK Animation has been revealed (which you can watch below). Mistlands brings with it the largest biome to date, along with a ton of new additions, including a new magic system.
In Mistlands, vikings will be able to harvest eitr, an ancient essence found in the roots of the Yggdrasil World Tree, and by consuming it, eitr will offer the ability to wield fire, ice, and power over life and death. Different staffs can be crafted, with an array of destruction, protection, and necromantic conduits to choose from. There’re also new building materials, such as Black Marble, which is reminiscent of ancient dwarven ruins, and new weapons, including the Arbalest, a large crossbow that knocks back enemies. Along with these new items, there’s also new additions to interior decoration, nine new weapons, two armour sets, and contraptions to bolster settlement defences.
A new update to Valheim wouldn’t be complete without new enemies, and Mistlands brings a range of them for vikings to face, attacking from both the ground and the air. Thankfully, ancient dvergr structures are scattered across the biome for players to get some much needed shelter. Players will also encounter dvergr allies, Valheim’s first friendly faction, along their way.

“We’re excited to finally see all our players venture into Mistlands,” said Henrik Törnqvist, co-founder of Iron Gate Studio. “Mistlands has been a labour of love and the team poured every ounce of their creativity into its atmosphere, feel and gameplay, and we can’t wait to see players take on a new challenge as we set our sights on Ashlands and the Deep North next.”

“Mistlands is Valheim’s most ambitious biome yet,” said Albert Säfström, VP of Publishing at Coffee Stain. “It recaptures the feeling of playing the game for the first time. Confident players who have been running around in high-level Plains gear crushing their foes will be reminded of why Valheim is considered a “brutal” survival game.”

https://youtu.be/TyHAvmBKK50
Liked it? Take a second to support GodisaGeek.com on Patreon!

Video games are cool. Don't let anybody tell you any different.
MORE LIKE THIS
Coffee Stain PublishingValheim