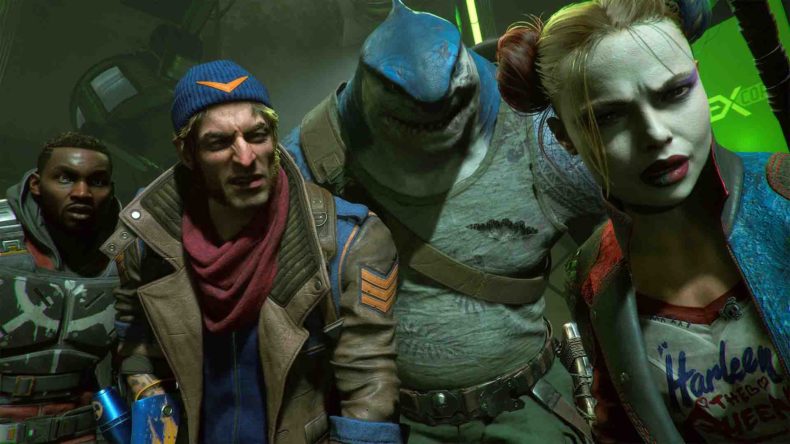 Warner Bros Games, DC, and Rocksteady Studios has confirmed that Suicide Squad: Kill the Justice League will be released on May 26, 2023. The date was announced alongside a new cinematic reveal which showed the first look at Batman, and even includes a tribute to Kevin Conroy, the beloved voice actor who many consider “the voice” of Batman, who passed away in November.

The trailer (which debuted at TGA 202), can be seen below:

As the iconic voice of the Caped Crusader in the Batman: Arkham videogame series, Batman: The Animated Series and countless other DC projects, Conroy returns to Rocksteady’s Arkhamverse one final time and reprises his role as Batman in Suicide Squad: Kill the Justice League.

Suicide Squad: Kill the Justice League is an original genre-defying, action-adventure, third-person shooter where players take on the roles of Harley Quinn (a.k.a. Dr. Harleen Quinzel), Deadshot (a.k.a. Floyd Lawton), Captain Boomerang (a.k.a. Digger Harkness) and King Shark (a.k.a. Nanaue), who must join forces to take down the World’s Greatest DC Super Heroes, the Justice League.

The latest title in the DC-verse of course, was Gotham Knights, which Chris White enjoyed, saying: “Gotham Knights is a surprisingly big game. There’s a lot to do outside the main campaign, and rarely does it feel arbitrary. Combat feels unique regardless of who you decide to play as, and there’s a reason to make use of all four characters throughout your time with it. I couldn’t stop playing, and I had a ton of fun throughout my time in Gotham. Traversal gets a lot better even if it does lack the fluidity of the Arkham games, and the stealth sections aren’t as tight as the should be. But despite these minor issues, I enjoyed the thirty plus hours I’ve spent with Gotham Knights, and there’s still a lot more stuff to do”.

Suicide Squad: Kill the Justice League is coming in May 26th, 2023.