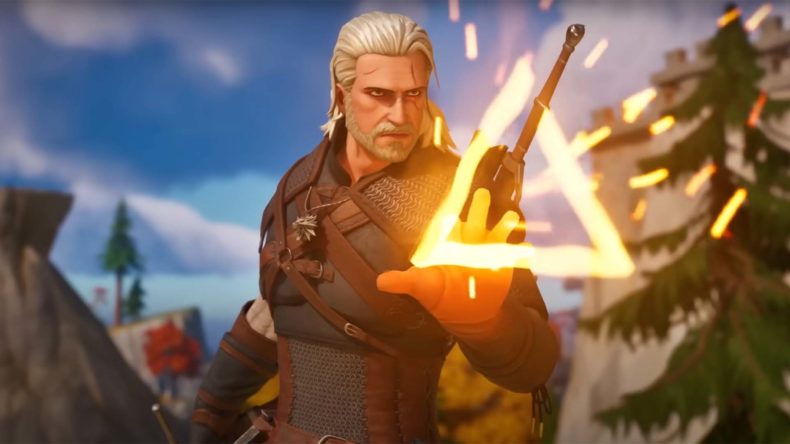 Geralt of Rivia is a busy man right now, as The Witcher will be part of the Fortnite Chapter 4 Battle Pass, as a mid-season unlock.

This comes just days after it was announced that Geralt (and others) would also be crossing over with Lost Ark, and that The Witcher 3: Wild Hunt‘s PS5 and Xbox Series X upgrade would be coming this month.

Fortnite Chapter 4 then, adds new locations like The Citadel (“This point of interest is the castle of The Ageless, whose duty protects Reality”), Shattered Slabs (“The Quarry is the site of a large Kinetic Ore mining operation. Use Kinetic Ore for physics sorcery”), Brutal Bastion (“This headquarters of the Reality Warriors is located atop a snowy mountain. Speaking of snow, hit snow with your Pickaxe to create a snowball, jump inside the snowball, then get rolling. You can attack enemies this way too…”), and Slappy Shores (“The Industrial Town is most known as the location of the “Slap Juice” factory”).

Fornite Chapter 4 also adds a two-wheeled dirt bike “Trail Thrasher”, which lets you pull off tricks and use your weapons as you ride around. There’s also new Augments, described thus: “At intervals in your match, you’ll be given a randomized choice of “Reality Augments.” The longer you remain in the match, the more Reality Augments you’ll have stacked. Your Reality Augments last until the end of the match”.

In terms of The Witcher, though, it looks like a full Geralt skin that looks pretty damn good, actually. The new trailer (above) also shows off Geralt in Fortnite Chapter 4 by introducing the new “hurdle” mechanic, whereby if you are sprinting at an obstacle, you’ll jump over it, which sounds like it could make the action more frantic.

Fortnite Chapter 4 Season 1 is out now, on all formats.