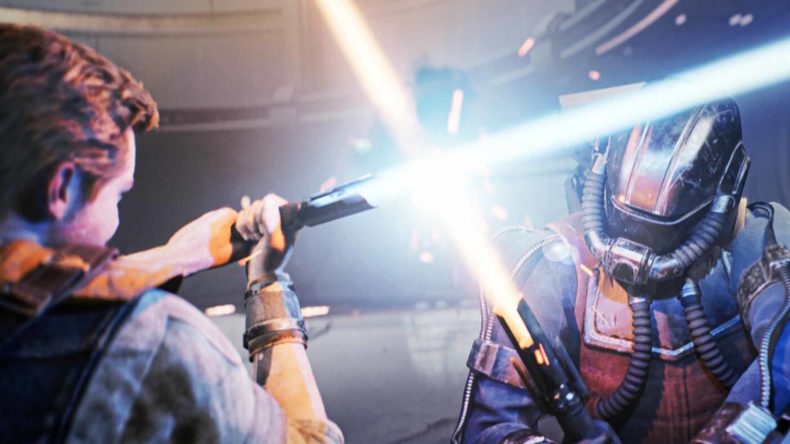 Ahead of the launch of Star Wars Jedi: Survivor, AMD has announced it’s releasing a Ryzen 7000 game bundle, with pre-orders available now. Essentially, if you purchase a Ryzen 7000 series processor, you’ll get access to Star Wars Jedi: Survivor, and the deal runs from today, up until April 1st. The code included will be redeemable until May 6th, but most will redeem it right away, we’d guess.

The qualifying AMD processors are:

These aren’t cheap processors, but if you’re in the market for a new CPU, there are worse games to get as part of the bundle. The Ryzen 9 series processors go for around £600 depending on the model, while the lower end Ryzen 5 7600 willl set you back about a third of that, at around £200, again, depending on the model and where you buy from.

Powered by the new “Zen 4” architecture, the Ryzen 7000 Series Desktop Processors offer incredible performance for gamers. In addition to delivering a double-digit IPC increase over “Zen 3,” by leveraging the 5nm processor node, the processors provide up to 15% faster gaming performance than the previous generation to deliver unmatched performance in the latest galactic adventure from Respawn Entertainment.

Star Wars Jedi: Survivor is the sequel to Star Wars Jedi: Fallen Order, and is again developed by Respawn Entertainment. We reviewed it back in November 2019, where Chris White said “Star Wars Jedi: Fallen Order has some remarkable combat, with a decent story that feels more like Rogue One than one of the main Episodes. The ending was a bit of a let down, but the challenges you’ll face (particularly on a higher difficulty) and the amount of exploration to be done make it a game you should certainly play if you’re a fan of Star Wars, the genre, or both”, and scored it an 8/10.