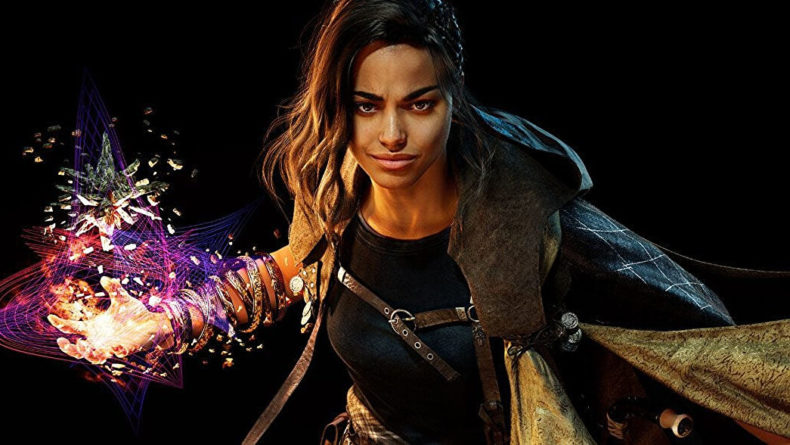 Forspoken isn’t necessarily a hard game for the most part. Around the final act of the campaign the difficulty steps up considerably, but it’s a game of busy work rather than hardcore challenge. There’s a hell of a lot of combat, against enemies ranging from small grunts like Breakzombies and Boggarts, up to towering demons, deadly open world bosses, and mutated animals.

But there are also many ways to make the game go just that little bit easier on you, so we’ve compiled 12 Forspoken Beginner’s Tips to help you get started. 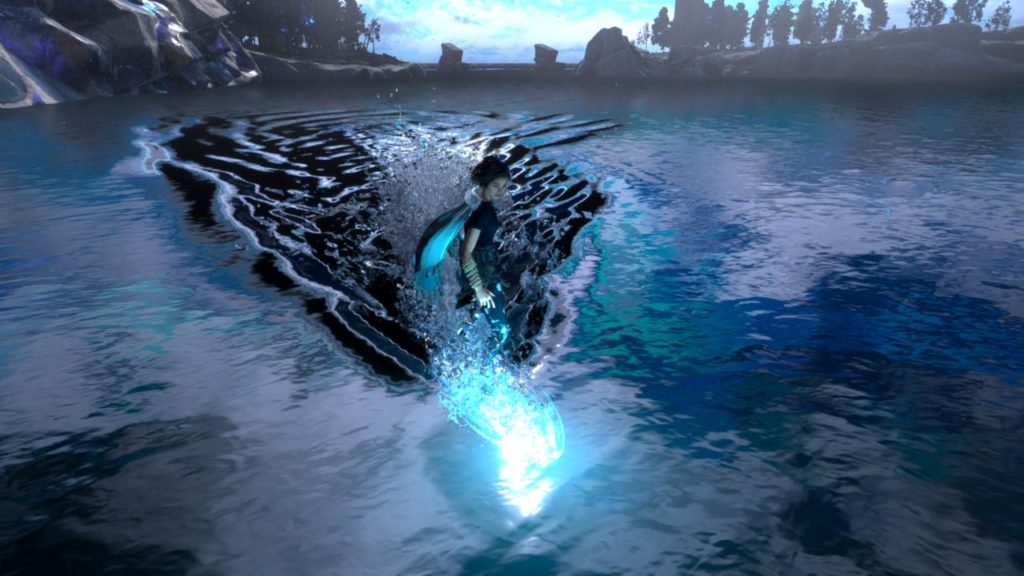 There’s a lot of ground to cover in Forspoken. While you can fast travel to and from Pilgrim Refuges and Belfries, if you do you’ll miss out on crafting materials, reagents, chests and monuments. Hell, even the traversal itself is a ball when you’ve unlocked a few movement spells.

A lot of the spell founts dotted around the map contain extra movement spells or boosts to your existing ones, such as Soar and Rush which considerably buff Frey’s Flow, or “magical parkour”. Regardless of which traversal spell, upgrade them all as soon as you can. You can do this by activating their Spellcraft challenge at the Bookshelf in any Refuge, and then just using them until the challenge is complete. In most cases they improve the speed of the spell, and often reduce the stamina cost or remove it completely.

Even low-level magical enemies have specific strengths and weaknesses. The most prominent and easy to exploit are elemental affinities. By the end of the campaign Frey will have access to Earth, Fire, Water, and Lightning spell trees that she can switch between with ease. If you’re pelting an enemy and it keeps saying “RESISTANT”, cycle to another element until you find the one that says “VULNERABLE”. 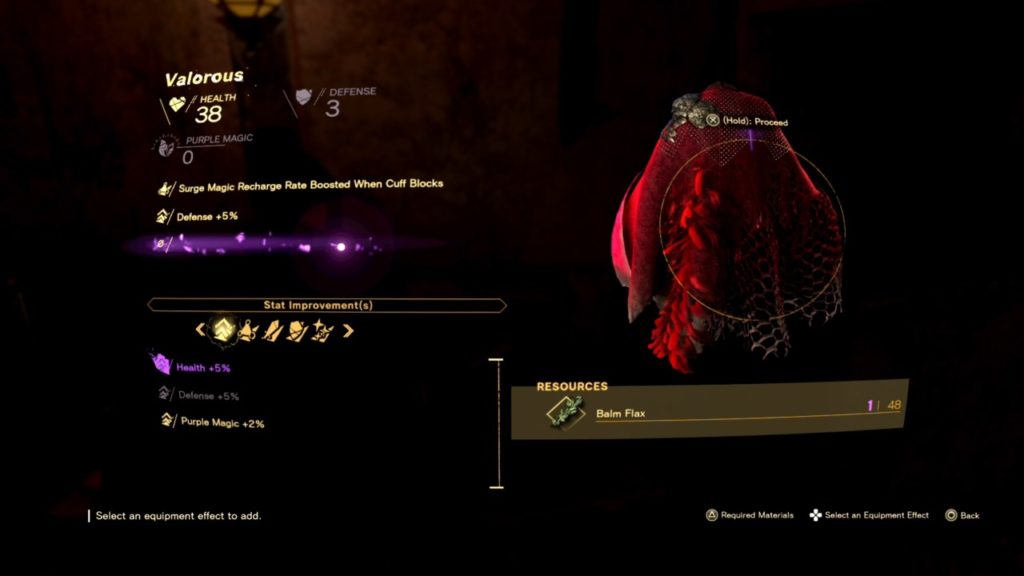 3. Upgrade and modify your gear

Located in every Pilgrim’s Refuge is a crafting bench that allows you to craft Healing Draughts, certain reagents, or inventory upgrades. You can also upgrade Frey’s collection of Cloaks and Necklaces by applying new buffs. These buffs come in a huge variety, from reducing poison damage to adding healing effects to your critical hits, to increasing Frey’s Surge magic recharge rates.

You can even remove the Cloak’s default buff if you want to, and swap it for something that better suits your play style. Also, don’t forget to upgrade the Health and Defence stats on your gear, which make a massive difference when you factor in that your Nail Designs apply percentage buffs to many stats. Materials are plentiful, so get crafting.

Each magical element has one specific spell that allows you to “combo” into it, such as Drag and Drop in the Red spell tree. Usually, holding down R1 and L1 will open the wheel to choose an affinity – however if you also press the corresponding face button (Circle for Purple Magic, Square for Red Magic) at the same moment, Frey will perform a damaging attack that also switches the affinity. 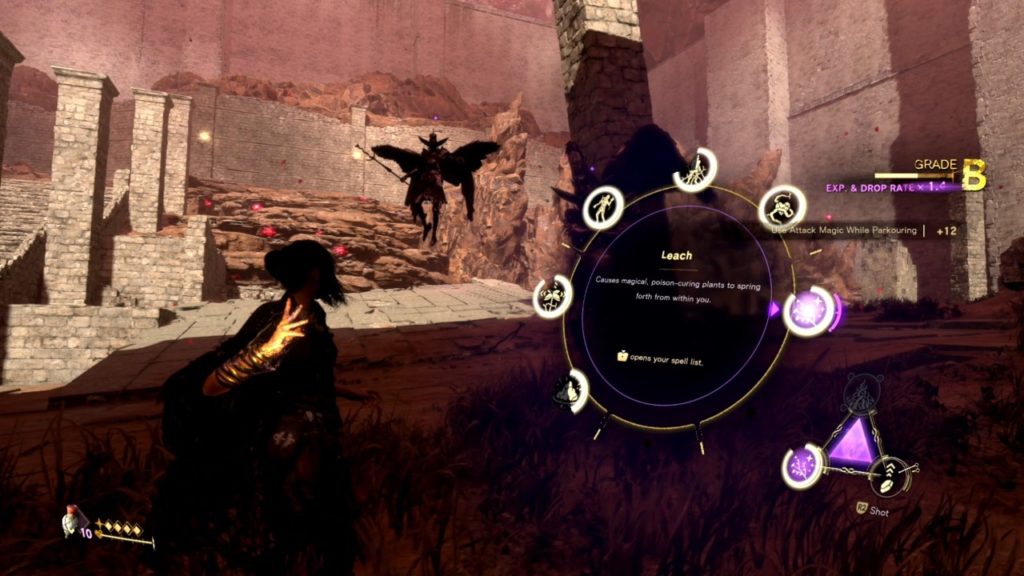 While all spells can be enhanced by completing their Spellcraft challenge, combat spells in particular (that is, those mapped to the R buttons) can be upgraded by unlocking multiple Surge levels. Surge spells are triggered by holding the button in until the spell has cycled up, whereupon they either do increased damage or else trigger entirely different attacks altogether. Get used to timing these Surges for increased damage. Also be aware that Support spells triggered during Flow often have boosted effects.

6. Save time on puzzle chests

Throughout Athia you’ll find puzzle chests that require you to solve a little sliding tile challenge. They contain Old Coins, which are used in Cipal to buy books containing new Cloak and Necklace buffs. You can choose to solve them or skip them by spending Mana to unlock them. Even the very hard ones only require 5 mana, and you’re never in short supply. Unless you really like these puzzles, you’re better off just spending Mana. It’s really not worth the time otherwise.

7.Collect as much Balm Flax as possible

One thing that is worth your time is Balm Flax. This is the only ingredient essential for creating Healing Draughts, and you’ll burn through these potions in fights. Balm Flax is found in grassy areas, identified by tall green leaves. Grab as much as you can whenever you see it. 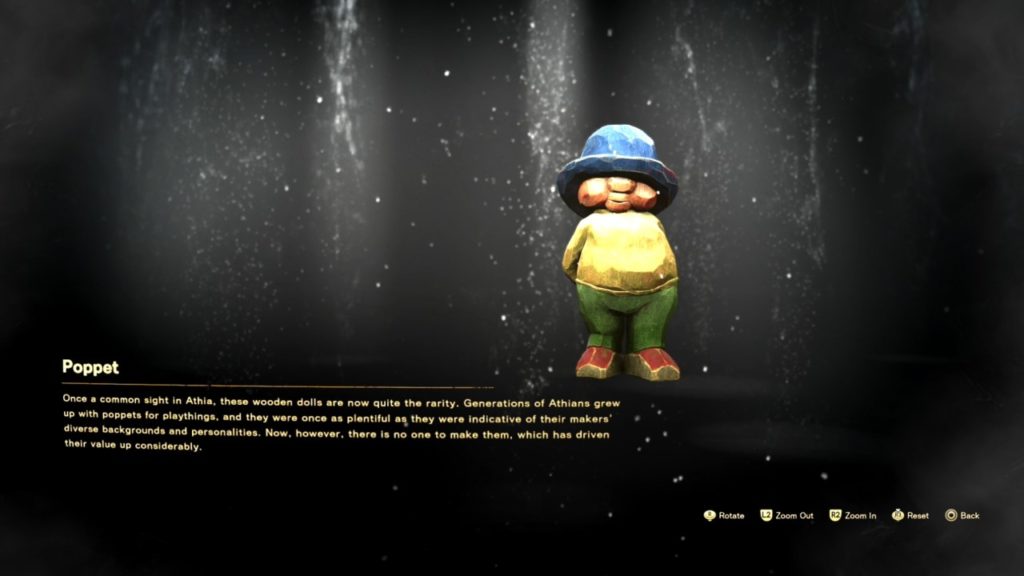 While much of the side content in Cipal is pretty mind-numbing and offers little reward, chasing the cats is actually worth it and quite fun. When you approach the little furballs they will run off; simply follow them for a few minutes and they’ll lead you to a Poppet statue. These little gnomes are traded for rare items with a collector in Cipal, such as Cloaks and crafting reagents.

Even though Cuff screams hysterically when you fall from a high point, I’ve fallen from sheer cliffs and hit the deck losing only stamina. If you fall from a place with no ground like a chasm or the edge of the map, you’ll be dropped back on the edge with some health lost. No biggie. If you are worried, try casting a support spell before you hit the ground. It causes Frey to pause mid-fall, and you can usually press LT and Circle to do a bullet-jump style dash that will boost you forward.

As well as the campaign-specific ones, Breakstorms can also pop up randomly in certain areas. They summon Breakbeasts and legions of enemies, while also reducing your abilities, your vision, and your hearing. It might be tempting to try to nullify them, but in many cases you simply can’t. They have a duration, and you’ll be smashing your head against them for ages. Either get out of the area or find the nearest Refuge, sleep, and they’ll dissipate. 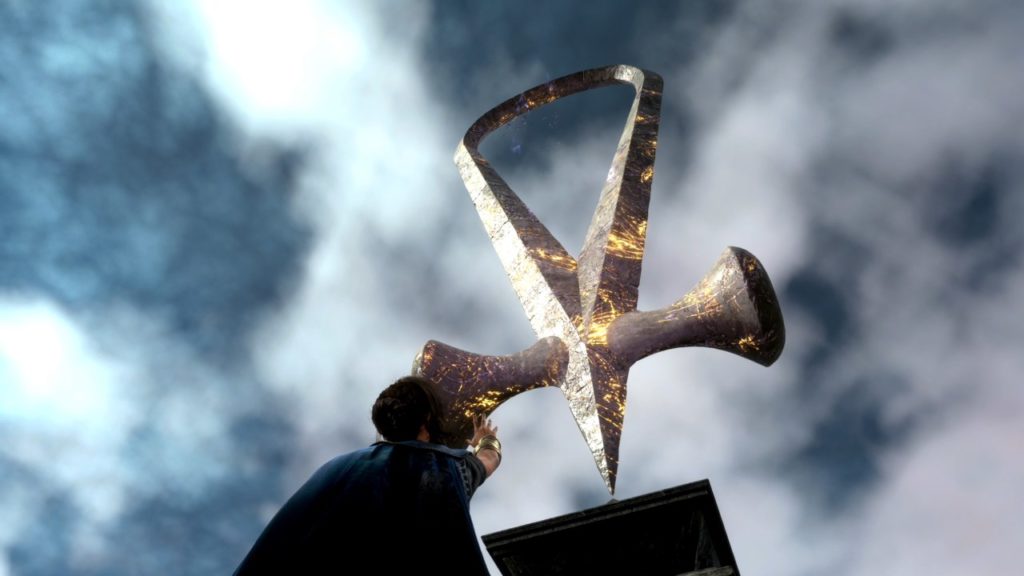 11. Get every stat upgrade you come across

The Athian map is huge, and there’s so much of it you won’t even touch on during the campaign. It really is that size for sake of itself – but it does hold countless ways to improve Frey’s abilities. Little purple icons denote the reward for clearing or reaching each icon, and one of the most important ones is the one that looks like two little chevrons. These are stat upgrades, either combat challenges or Monuments, that boost Frey’s health, defence, magic bonuses, or else increase the potency of her Healing effects.

Flow is a wonderful spell. Not only does it activate Frey’s magical parkour, but it has several notable buffs that increase its usefulness, such as Shimmy that adds little boost jumps to it, and Rush, which allow you to burst forward with well-timed button presses.

More importantly though, Flow renders you invincible to most – though not all – attacks. If you have Circle held down during fights, Frey will automatically dodge any attack as long as she has stamina. There’s even a setting that allows you to toggle it, so you can easily jump, boost, and cast while Flow is active.

Senior Content Editor Mick has been playing games for over 30 years and writing about them for around 12. After drifting from site to site for a while, settling briefly at the now-defunct Made2Game and freelancing for the gone-but-not-forgotten NintendoGamer Magazine, he came at last to rest at Godisageek. Mick has been a reviewer, staff writer and content editor here for some time, while also moonlighting a little for Red Bull Games. He has 4 kids, has written 2 novels, and sometimes even manages to pay a bill or two. You'll usually find him defending the galaxy in Destiny 2, battling evil in Diablo 3, or lurking in the background on Twitter. Find him there @Jedi_Beats_Tank, or on XBL (JediWaster247), PSN (Jedi_Waster) or Nintendo (JediWaster).
MORE LIKE THIS
Forspokenforspoken guideGuideopen world