previous
Journey to the Savage Planet is coming to PS5 and Xbox Series S|X
random
next
What is a crypto casino game?
0 comments 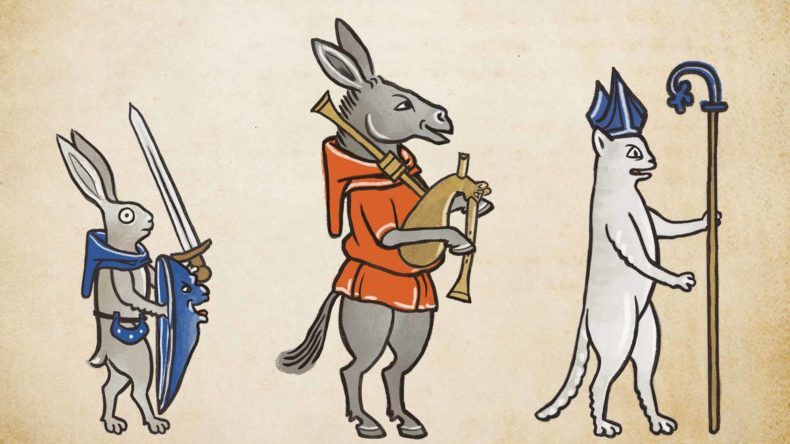 The last few years have been fantastic for fans of tactics games. There have been some amazing strategic experiences for those of us who like nothing more than taking turns on a grid, from Triangle Strategy to Marvel’s Midnight Suns. There’s an argument though that a lot of tactics games are fairly similar, taking the tropes of the genre and not really spicing them up enough. Inkulinati certainly isn’t afraid of that spice rack, and delivers something truly unique.

As one of the titular Inkulinati, there’s nothing you enjoy more than having ink based battles against your rivals on the edge of a book. You do this by using a tiny Inkulinati, which is basically a miniature version of you drawn on a page. Your new mini avatar is tasked with creating tiny monsters to fight on a 2D plane, who have all sorts of interesting abilities they can use on their turn. 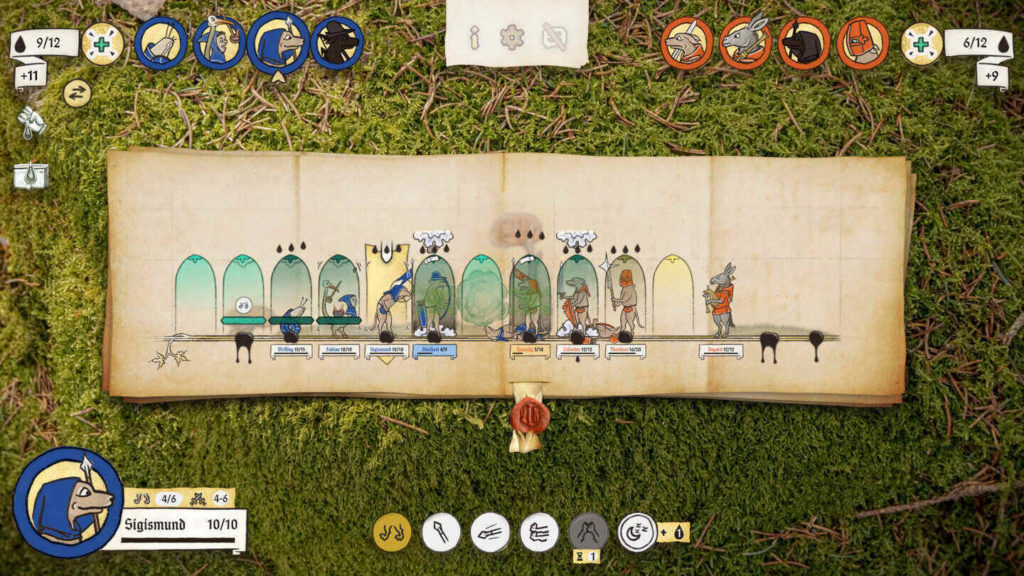 The combat in Inkulinati involves units taking turns using their abilities until the one side loses due to their tiny Inkulinati being killed, which is easier said than done. Each chapter of combat (because obviously it’s all book themed) sees each character moving and using an ability until everyone has had a go. Some monsters have ranged attacks, some can heal, and others can even wake up allies to have another turn. There’s a whole lot to consider when picking which troops to unleash, especially when taking into account your leader’s powers.

The tiny Inkulinati gets a turn just like everyone else, and is easily the most important unit to take advantage of. It can summon new monsters as long as you have enough ink to do so, as well as unleashing powerful abilities on a cooldown. From prodding enemies with a finger for massive damage to summoning objects that block the way, your little buddy can really turn the tide of battle.

The page turning battles ultimately function fairly similarly to how they do in other tactics games, but the 2D side-on perspective makes a huge difference. Obviously the directions that an attack might come from are fairly limited on a straight line battlefield, but there’s also pushing to consider. Every character can push a friend or foe standing next to them, and doing so will slide them until they find an empty space. This might not sound particularly important initially, but when you realise you can slide a powerful enemy with full health off the edge of a level and kill them instantly you’ll soon change your tune. 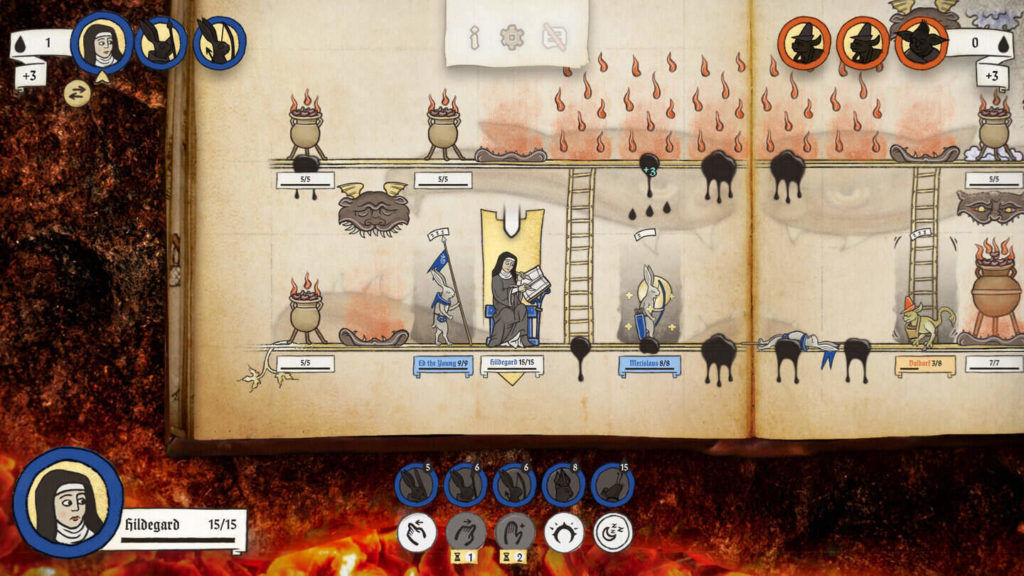 So now you know how combat works, you should probably know how the rest of Inkulinati does too. Well Inkulinati is actually a Roguelike, and each run of the game sees you picking different options on a branching path to choose which of the different battle types, shops and upgrades you want to check out on your journey. If you want a chance of succeeding then you’ll need to plan a great route and get lucky with new abilities and units, because this game is hard.

Perhaps the most difficult aspect of the game to cope with is boredom. No not your own boredom, but that of the Inkulinati. You see your avatar gets tired of drawing the same units over and over again, so after each battle the ink cost of them will rise based on how many times you summoned them. The boredom will decrease every time a unit misses out on a battle, so the aim of the game is switching between dog archers and rabbits with spears as much as possible.

Certain fights decrease your boredom no matter what too, due to not involving your tiny Inkulinati at all. The variety in combat really is very impressive, from fights against other rival monster summoners to ones that require you to take down unique combinations of monsters in tricky stage layouts. The game throws new concepts at you thick and fast, so you’d better get used to explosive urns and maws of death littering the battlefield. 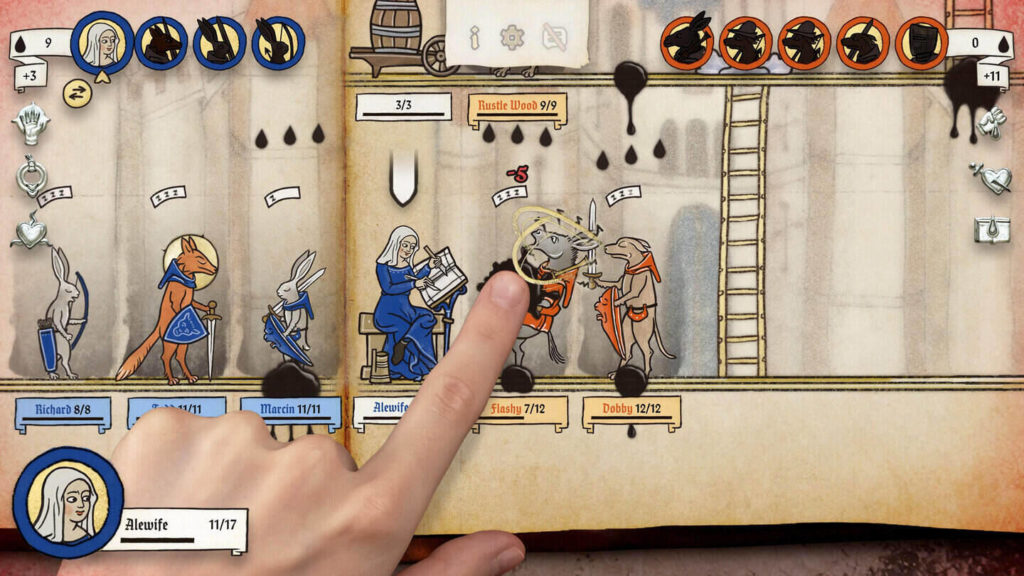 If there’s one issue with Inkulinati in its current form, it’s just the sheer complexity of the overlapping concepts that you’re expected to deal with from incredibly early on. I’d only been playing for a couple of hours when a stage introduced a new dancing status effect, bells that wake up everyone around them when struck and nasty damaging coffins all at once, and I couldn’t even begin to fathom how to deal with the situation effectively. When combined with the Roguelike elements it’s just too much, and the tutorial doesn’t explain nearly enough either. I’m sure with some practice I’ll get to grips with everything eventually, but it’s far more painful than it needs to be.

Inkulinati is an incredibly ambitious take on the tactics genre, with enough content even in its early access form to keep you playing for months. It could certainly do with some better onboarding, but once you’re on board you’ll never want to get off.