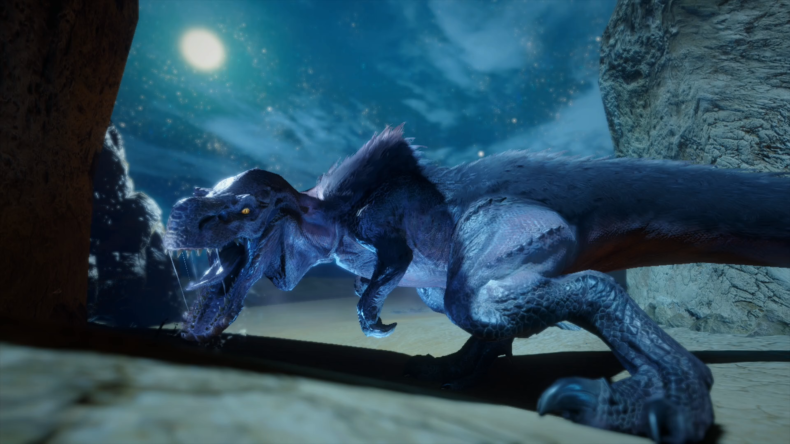 Anjanath is another returning monster in Monster Hunter Rise. Resembling a ferocious Tyrannosaurus Rex, this monster lives up to that symbolic reputation. With immense power and speed, as well as a few fiery surprises, Anjanth is a monster that commands respect. Our guide will show you what to look out for and how to topple this iconic monster.

Anjanath is a powerful and quick monster capable of dealing physical damage to you quickly and repeatedly, so the first tip is to keep moving as much as you can. Staying still, even for ranged hunters could prove costly given how strong some of Anjanath’s attacks are. Its weak spots are its head and snout areas, which if you can hit them, will do the most damage.

For melee hunters this will require vertical attacks to reach high enough to do so, otherwise they may have to settle for damage to the legs. Ranged hunters will fare better here as they can aim higher from a distance. The head is a dangerous place to be near though, thanks to the strong jaw that Anjanath possesses, so approach with caution if you are looking to cause damage here.

The other alternative is to do damage to the tail. It can be tricky to hit, given how much Anjanath moves around but decent damage can still be done. Also note you can cut off its tail with enough attacks to it, for an extra carve opportunity. 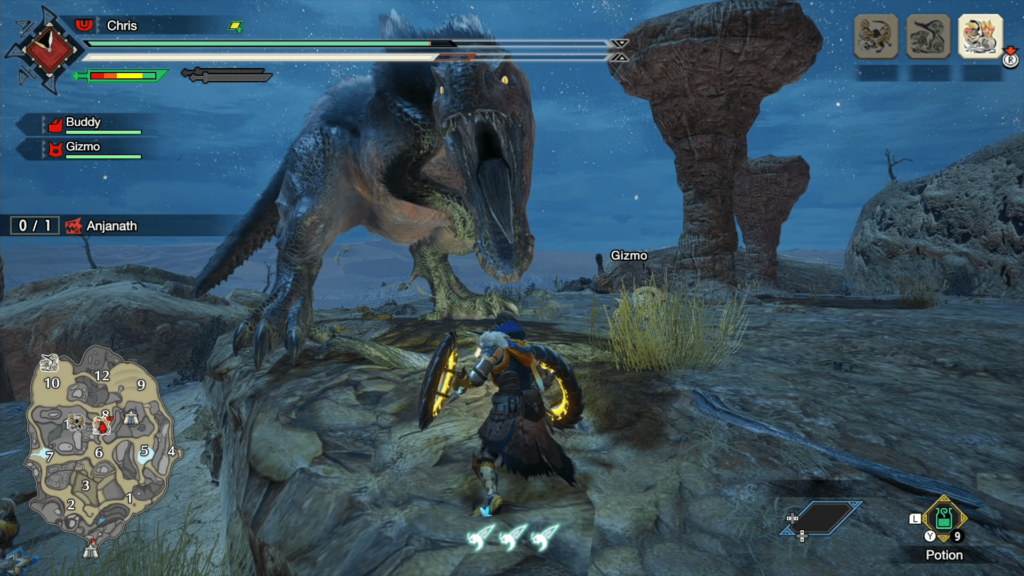 For the majority of the fight in Monster Hunter Rise, Anjanath will rely on physical attacks. His large frame and speed will cause a surprising amount of damage just by his momentum if you’re not careful, and so melee fighters in particular need to be on their guard. Anjanath will cause you problems by swiping his tail in an arc if you’re behind him, or biting at you with his immense jaw if you’re in front of him, so safe spots are limited.

Even to the side of him isn’t guaranteed as he often throws his entire body sideways to lunge into you, similar to the Great Wroggi, but with far more devastating consequences. He can also attack with his feet in swipes should you find yourself in close proximity to those and are giving him bother.

This all means you have to keep your wits about you, because in all likelihood, you will get hit around a bit whilst facing Anjanath. Make sure you healing items to help combat any damage you take.

Anjanath does also use fire attacks to bother you further. He can spew a beam of fire out from his mouth in a given direction, which will burn you on impact, and he also has another attack where he spouts fire in an arc in front of him but at a much shorter distance. Dodging these is best depending on which attack he does, and roll to put out the fire if needed.

When enraged, Anjanath reveals his wings and a proud nose bone, and becomes significantly more aggressive. He will move around a lot more and do fire attacks more frequently. He can also do a devastating charge move not dissimilar to the Barroth which should be side dodged as best as possible to avoid its significant damage. 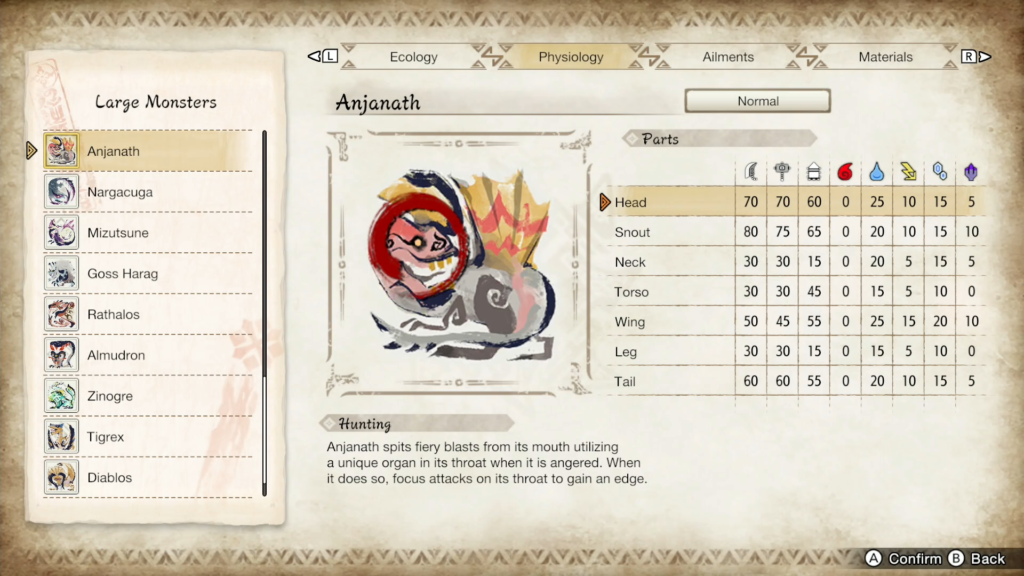 The best elemental type to use against Anjanath is Water Weapons, which are very effective across pretty much all areas of this monster. If you don’t have a Water Weapon, the next best alternative is Ice.

Anjanath is fairly susceptible to Waterblight so go with a Water weapon as mentioned above. He is fairly immune to most other effects.