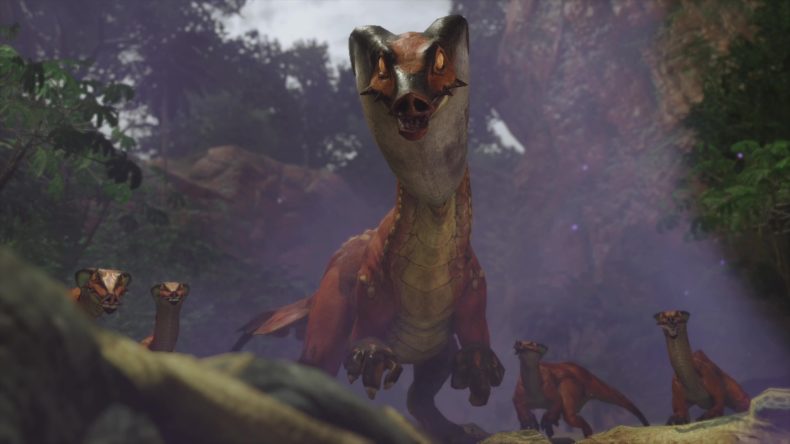 The Great Wroggi is an early, small monster in Monster Hunter Rise. As such you may be forgiven for thinking it is an easy fight. But it has some tricks up its sleeve that can ruin your day if you’re not careful. We’ll provide you with all the information you need to take down this great orange beastie.

The Great Wroggi is a small enemy and so favours melee fighters who can get in close to deal damage. Ranged fighters will need to be particularly accurate from distance to land hits, and may find themselves being lured closer than normal as a result. Without wings, the Great Wroggi will stay grounded for the entire fight making her quite predictable and easy to land hits on consistently. Be warned though, the small frame makes them quite quick and agile so you’ll need to keep an eye on where the monster moves, to ensure you can land attacks and don’t get hit yourself.

Like other small monsters (similar to the Great Izuchi, Great Baggi etc), the Great Wroggi is often joined by several of her Wroggi underlings which will also attack you on sight. This means you need to keep half an eye on their positions so they don’t ambush you. Obviously, their attacks are much weaker, but they can still put you off, and in most cases it is worth putting them down first so you can focus on your main target. 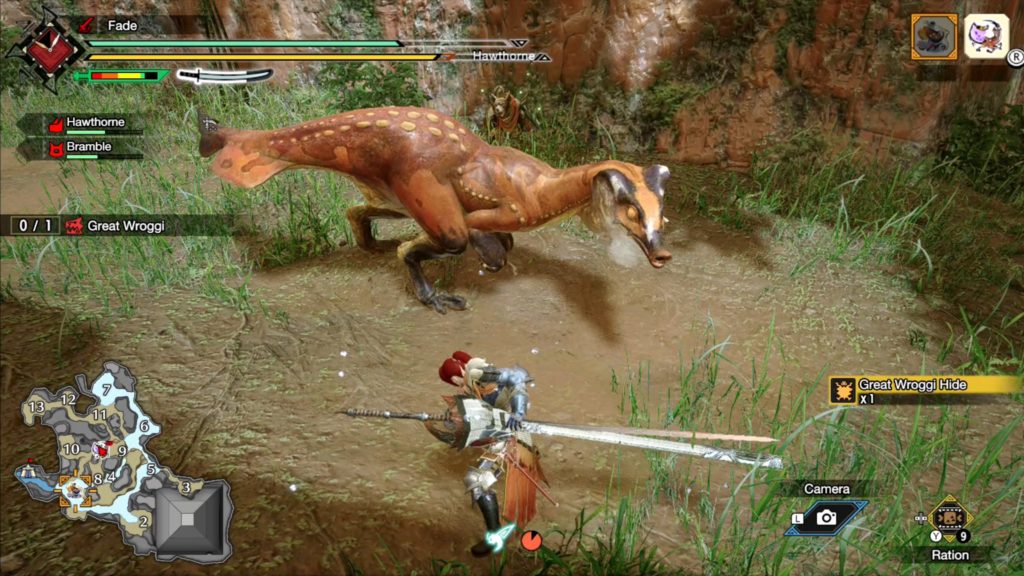 Perhaps the most obvious issue with the Great Wroggi is the poison damage they can do. This has been the case throughout the series with the Great Wroggi and Monster Hunter Rise is no different. They will very frequently spit purple clouds of poison from their mouths, which if you touch during their duration, will cause you to catch the poison effect, and being slowly losing health. This combined with her other attacks, can quickly whittle down your health bar.

Annoyingly her surrounding Wroggis can also inflict poison too, although they tend to do this less frequently than the Great Wroggi, but this presents another good reason to deal with the underlings first to give yourself some room. It goes without saying that poison resistance in this fight is a must, so where possible equip the appropriate armour, and eat the right Bunny Dango to give you the edge.

Antidotes will also really help here to negate the poison, but you’ll find your life much easier if you craft the superior Herbal Medicine instead, as this heals you a bit as well as curing poison. This means more often than not that the health you lost from the poison is also restored and you can get back to hunting unperturbed.

The other main attack of concern is when the Great Wroggi shifts to the side and launches their entire body at you with full force. If it hits, it’ll likely knock you back and do a fair bit of damage. Not only will this knock most melee users off their stride, it can also have the double effect of launching you into a poison cloud, which puts you in additional danger. The attack has a reasonable windup, so look out for it, and dodge whenever you can. It’s much safer and effective to dodge this move than try and get those extra couple of hits in and be sent flying. 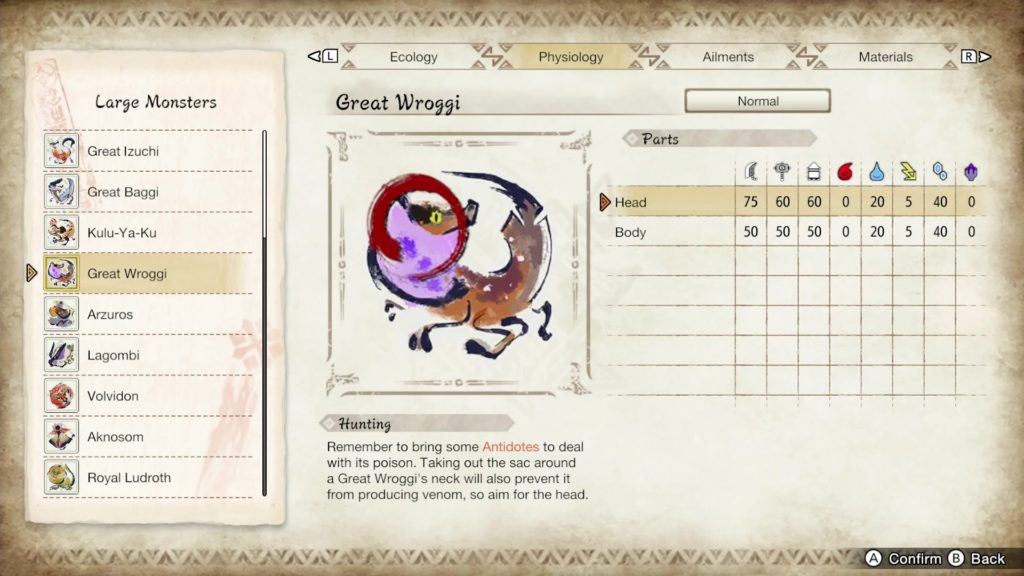 The best elemental type to use against Great Wroggi is Ice Weapons, which are very effective on both the head and body area, so equip that element if you have it. If you do not have an Ice Weapon, the next best element against her is Water.

The Great Wroggi is incredibly susceptible to Sleep and Paralysis so stock up on items to help here, or equip weapons with these effects too.

Also note, if you break off the Great Wroggi’s sac around her neck, it prevents her from using her poison attack, which can be very useful in a crowded fight.

Great Wroggi can be found in Shrine Ruins, Flooded Forest, and Lava Caverns.