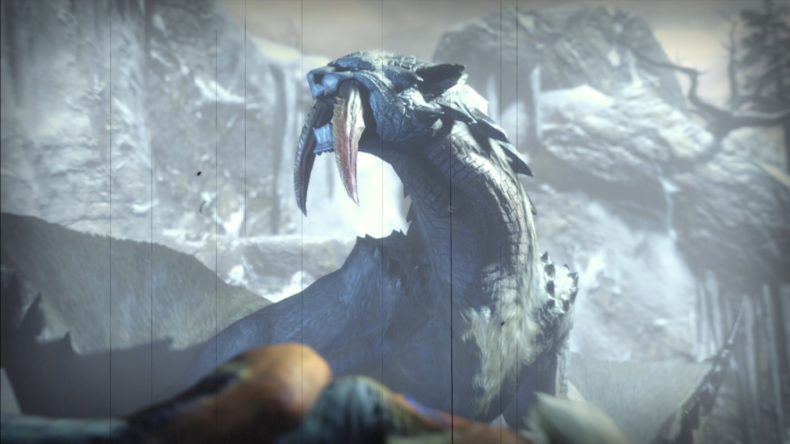 First introduced in MH3, Barioth was an immediate wall to many when he made a return in Monster Hunter World: Iceborne – and he’s just as tough in Monster Hunter Rise. He’s a big, angry, sabre-toothed tiger-like beast with powerful wings. Unlike Nargacuga and Tigrex, with whom he shares some similarities, Barioth can fly. His long body is covered in thick white fur and chitinous plates, and he primarily uses Wind attacks and Iceblight against Hunters.

Barioth is super aggressive and very fast. His claws do a lot of damage and he will often try to body you off your feet. He can also fly, and will often take to the air for ranged attacks or his super attack, and his roar will knock you clean out of the air. His heavily armoured back and neck make poor targets, as do his wings – so target his tail, head and forelegs where you can.

The biggest tip when facing Barioth is to stay mobile, as he will punish the slow Hunters out there with sudden lightning attacks and a tail swipe that’s damn near 360-degree. 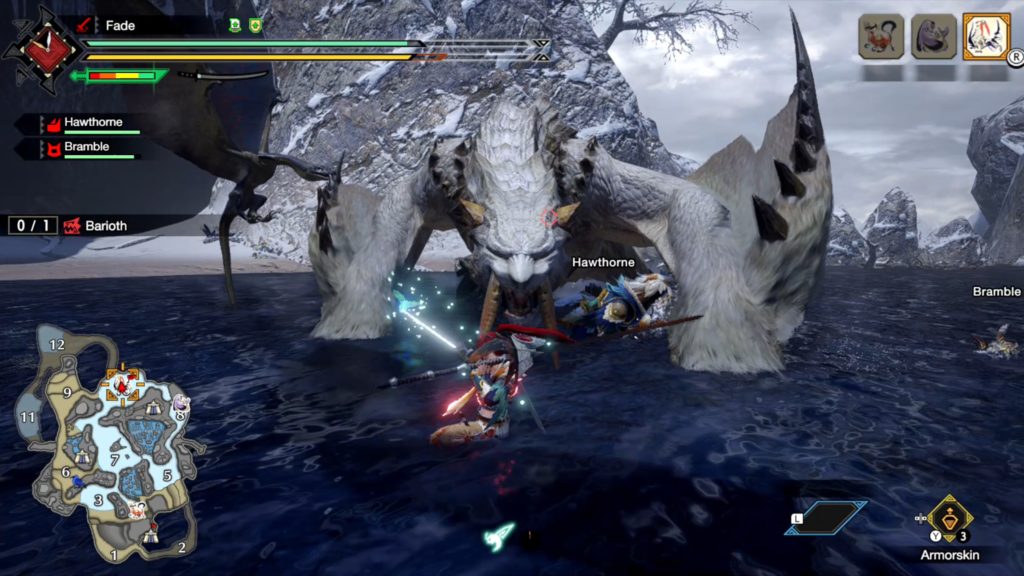 Barioth commands the Wind element to create mini twisters that move around the arena and will stagger you. He can also inflict Iceblight with his twisters, leaving your stamina slow to replenish. He’s able to move very fast, and will attack with his jaws, claws and tail. Now and then he’ll leap sideways, dealing blunt damage and knocking you down, but he can also do immense damage with his fast tail.

When he leaps into the air, he’ll spit balls of Wind at you which you can dodge – but watch out for his super attack, wherein he dive bombs at you with incredible speed. Unprepared or wounded Hunters can and will be killed instantly by this attack, so be very careful. Like Nargacuga, Barioth’s eyes will glow red when he’s enraged – and he’ll often go and eat some poor Anteka or Popo when he’s fatigued, giving you an opportunity for some free damage. 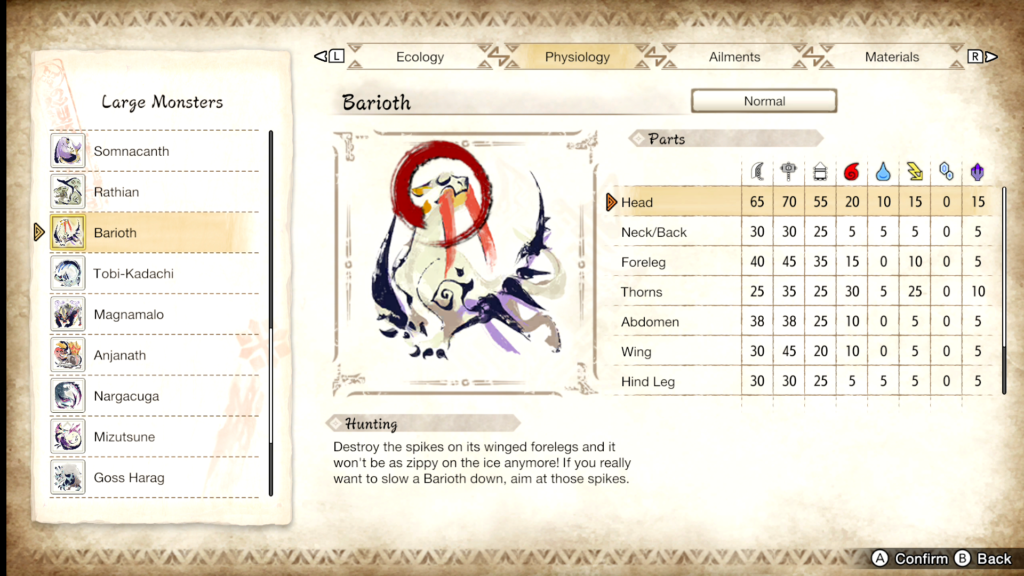 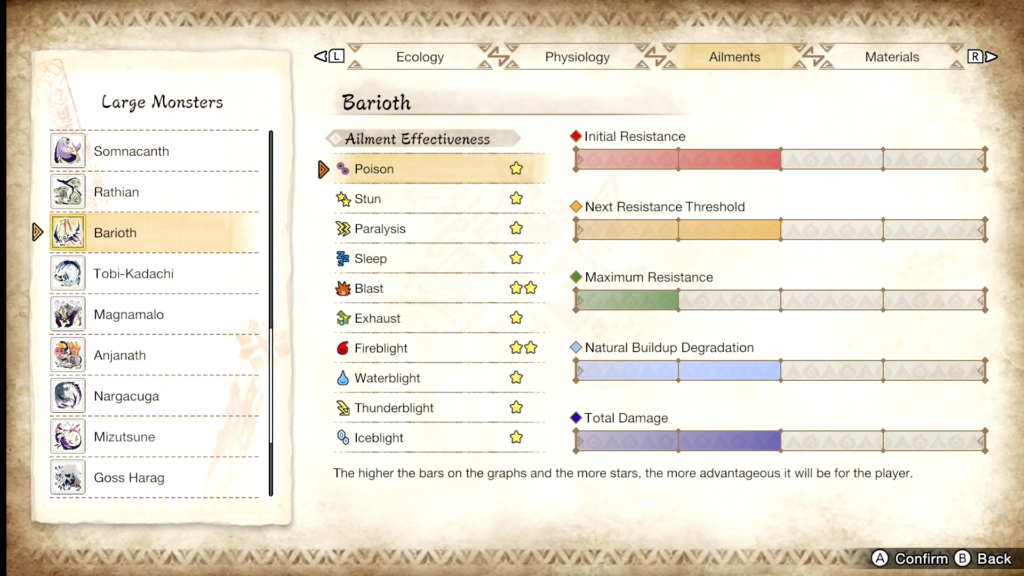 Barioth is quite susceptible to most elements and blights with the exception of Water, Ice and Dragon. Fire is your best weapon against him, but Thunder will also help. Most Ailments are equally effective against him, so gearing up with elemental weapons is your best bet.

His weak points are the obvious ones: head and tail, but he moves around so much that it can be difficult to hit either without putting yourself in harm’s way. You can use a Flashbomb to bring him down, though, so bring those with you. Also, don’t forget to bring Nulberries to remove Iceblight.

Barioth is found in Frost Islands.