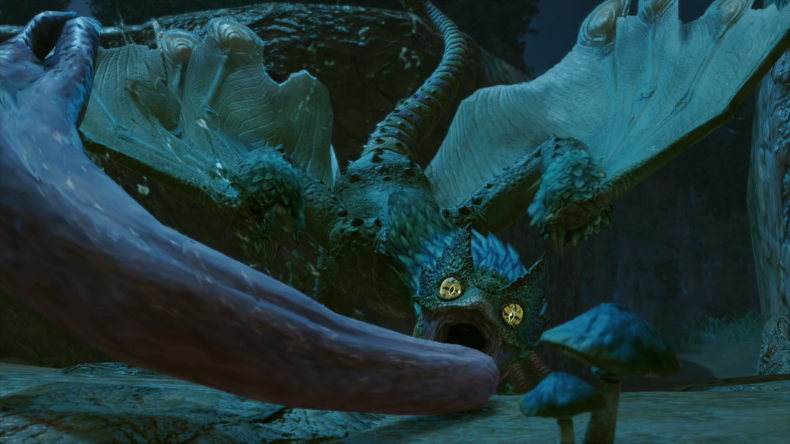 Pukei-Pukei returns again to torment hunters in Monster Hunter Rise. This monster is best known for its slender newt-like shape and its long, long tongue that causes you a lot of problems. It can jump and fly around the pace, as well as move quickly which can cause you difficulty. However, we have all the tips you need to overcome this tough opponent.

Pukei-Pukei is a very mobile monster, both quick on land and also in the air courtesy of its wings. You will need to keep a close eye on it to avoid being caught unawares from almost any direction. As well as land and in the air, it can also climb walls to get a better angle on its attacks on you, so stay vigilant.

Melee hunters should get up close and personal to its head because its head and tongue and the most vulnerable areas and can be hit for big damage if you connect. It’s dangerous there though, as we’ll cover shortly, so weigh up your options before steaming in. Ranged hunters should do the same from a distance to have maximum impact. Be wary though, because, unlike some other monsters, Pukei-Pukei can close down distances quickly and erratically, so make sure you are always putting distance between you and it for safety.

Also note you can cut off its tail with enough attacks to it, for an extra carve opportunity. 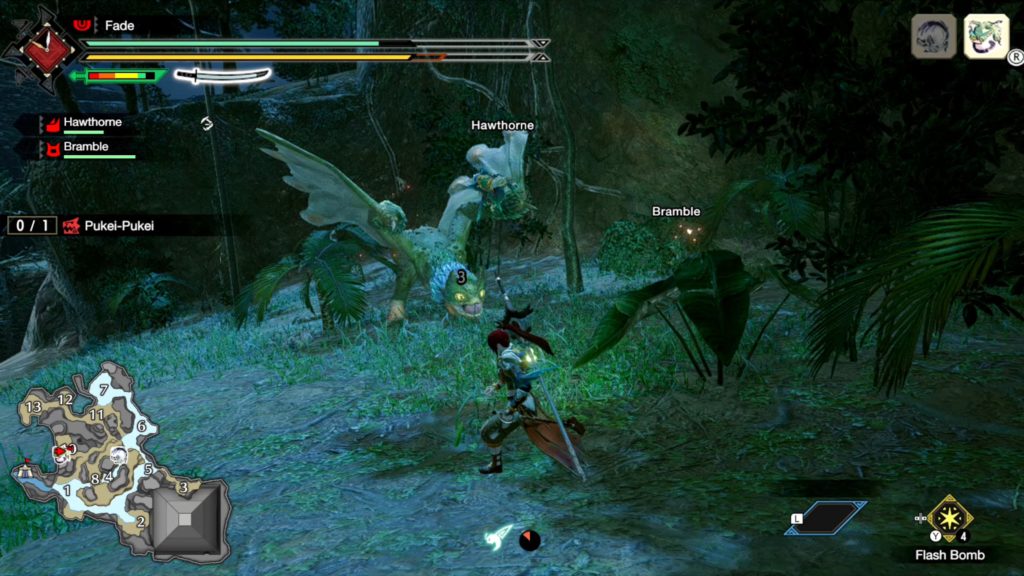 As should be clear by now, the mobility of Pukei-Pukei is your biggest initial threat because it can move quickly and launch attacks at you from anywhere. If you get hit with its momentum you’ll likely end up falling over as well as taking damage. Keep your eye on its movement as best you can and dodge out of its way to keep your health up.

Aside from normal melee attacks, Pukei-Pukei has an incredibly long tongue that can deal damage to melee and ranged hunters alike who are caught unawares. Look out for when it throws its head back, and keep strafing it, if it happens to be looking in your direction, just in case.

But perhaps the most iconic attack that Pukei-Pukei is known for is its poison attacks, and you should be very wary of them. The first poison attacks come from its mouth and can spew balls of poison across the area, similar to the Great Wroggi. As with that monster avoiding it is your best option or using an Antidote or Herbal Medicine to put you back into the action.

But it isn’t just its mouth you should be worried about. Pukei-Pukei can also distribute poison from its tail, and frequently does so during hunts in Monster Hunter Rise. What you’ll be looking for is its tail becoming fatter, as it fills with poison. Then it will spray it over a large area and you’ll either need to be behind Pukei-Pukei or a significant distance away to avoid it. Poison resistance armour will obviously help here to avoid poison build-up. 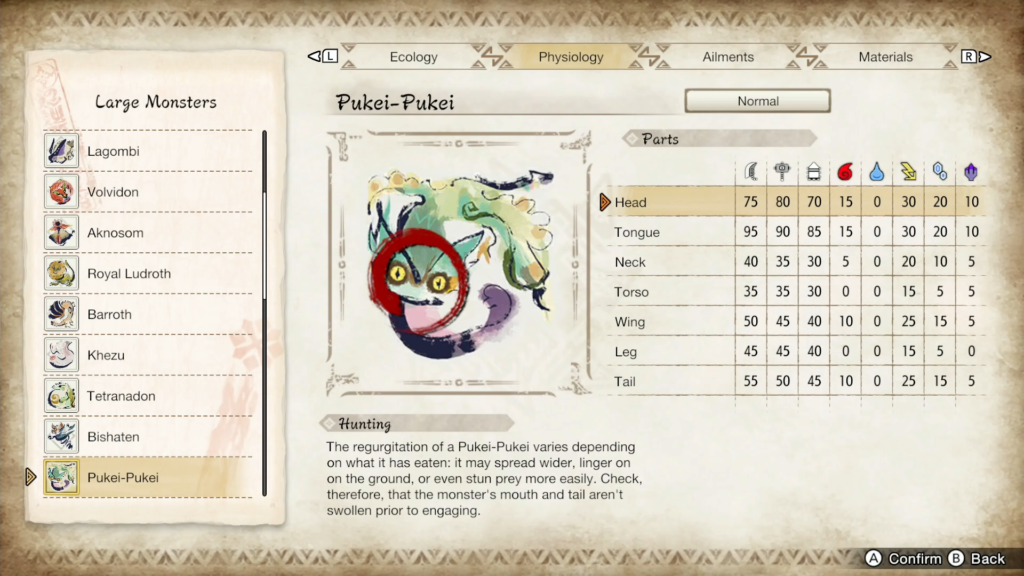 The best elemental type to use against Pukei-Pukei is Thunder Weapons, which are very effective against the head and neck area. If you don’t have a Thunder Weapon, the next best alternative is Ice.

Pukei-Pukei is fairly susceptible to Paralysis and Sleep so go make sure to go with weapons and items that inflict these ailments if you can.

Pukei-Pukei can be found in Shrine Ruins, Sandy Plains and Flooded Forest.